Murrle Bennett & Co. was a partnership between German-born Ernst Mürrle and his London counterpart Bennett. Operating between 1884 and 1916, Murrle Bennett & Co worked from their London premises at 13 Charterhouse Street.

Ernst Mürrle came to London around 1880 and took full advantage of his German roots, making around six trips a year to jewellery centre Pforzheim for the production of around 80% of the firms jewellery. Working with Theodor Fahrner, Wilhelm Fühner and others, Murrle Bennett & Co. produced a large range of jewels, many of which were retailed by Liberty, as well as the remainder of the stock rivalling Liberty’s jewellery sales.

Described as ‘wholesale importers’ of jewellery, Murrle Bennett & Co. were responsible for the introduction of the Jugendstil taste to England. This new, modern style of jewellery was completely different from the contemporary jewellery of the time, with Art Nouveau pieces as well as strong, geometric jewels in a distinctive style that is frequently signed MB&Co. and sought-after with collectors today.

During World War One, Ernst Mürrle was interned on the Isle of Mann, and in 1916 he was repatriated, returning to Pforzheim. The firm was confiscated by the British government and renamed White, Redgrove & Whyte. This firm is still in existence today. 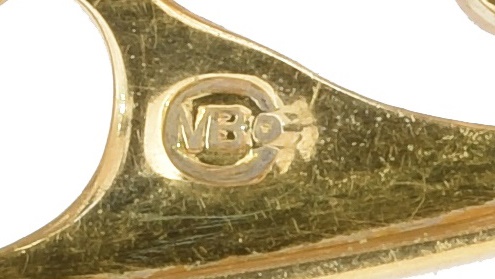 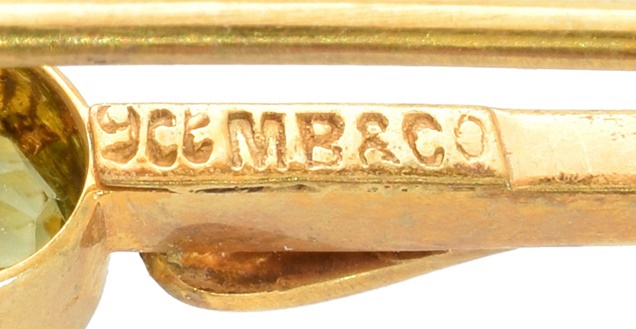 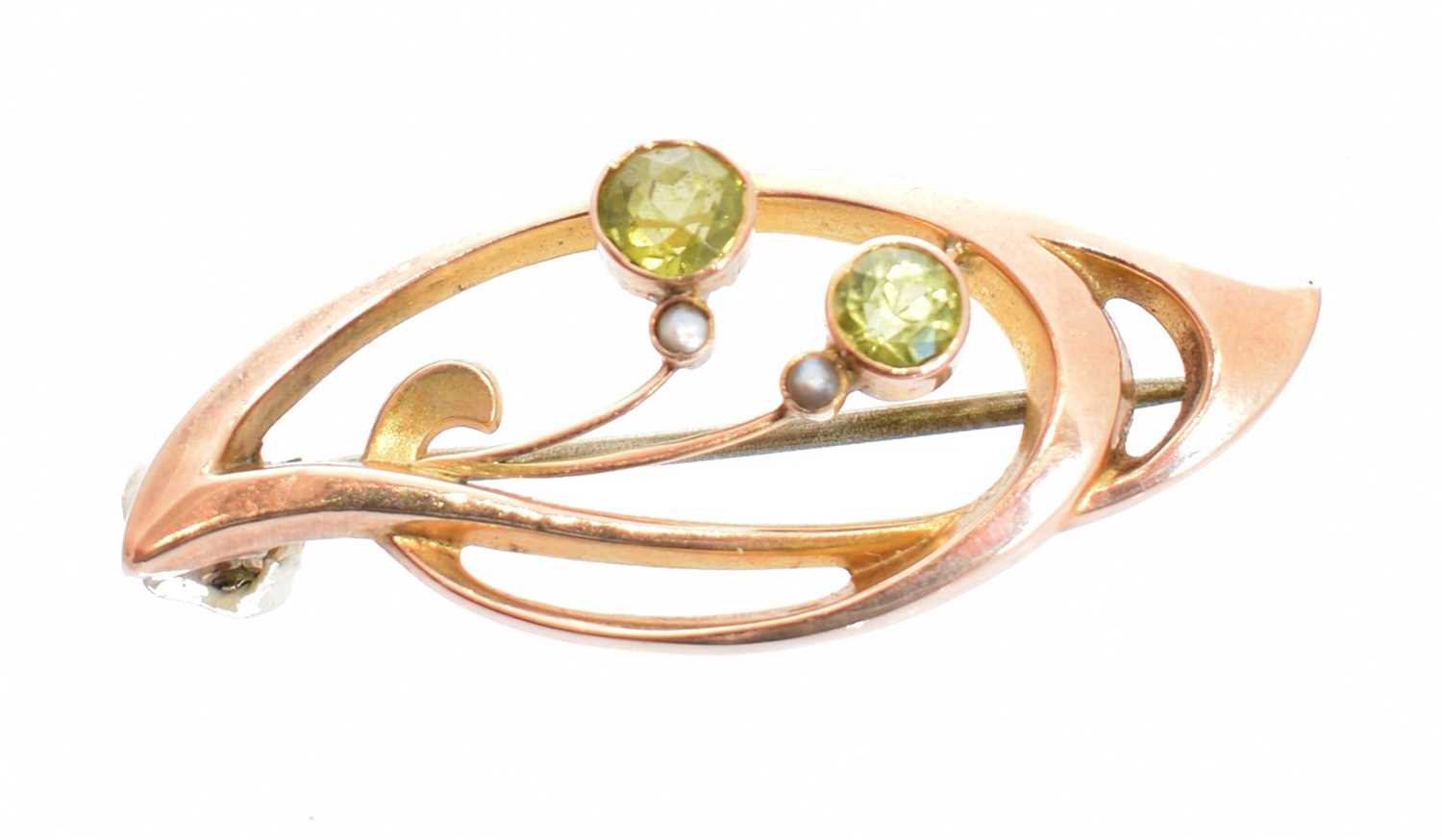 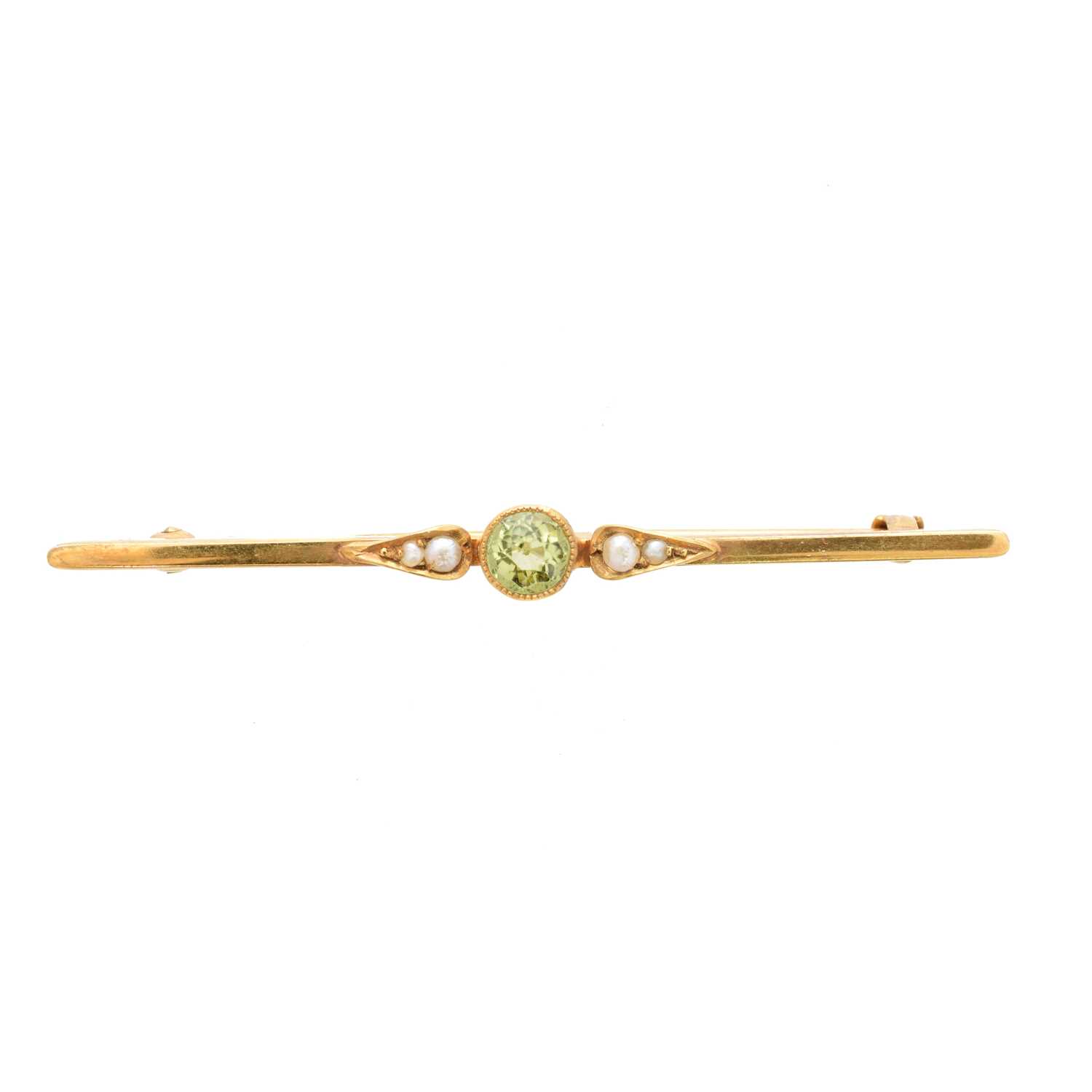 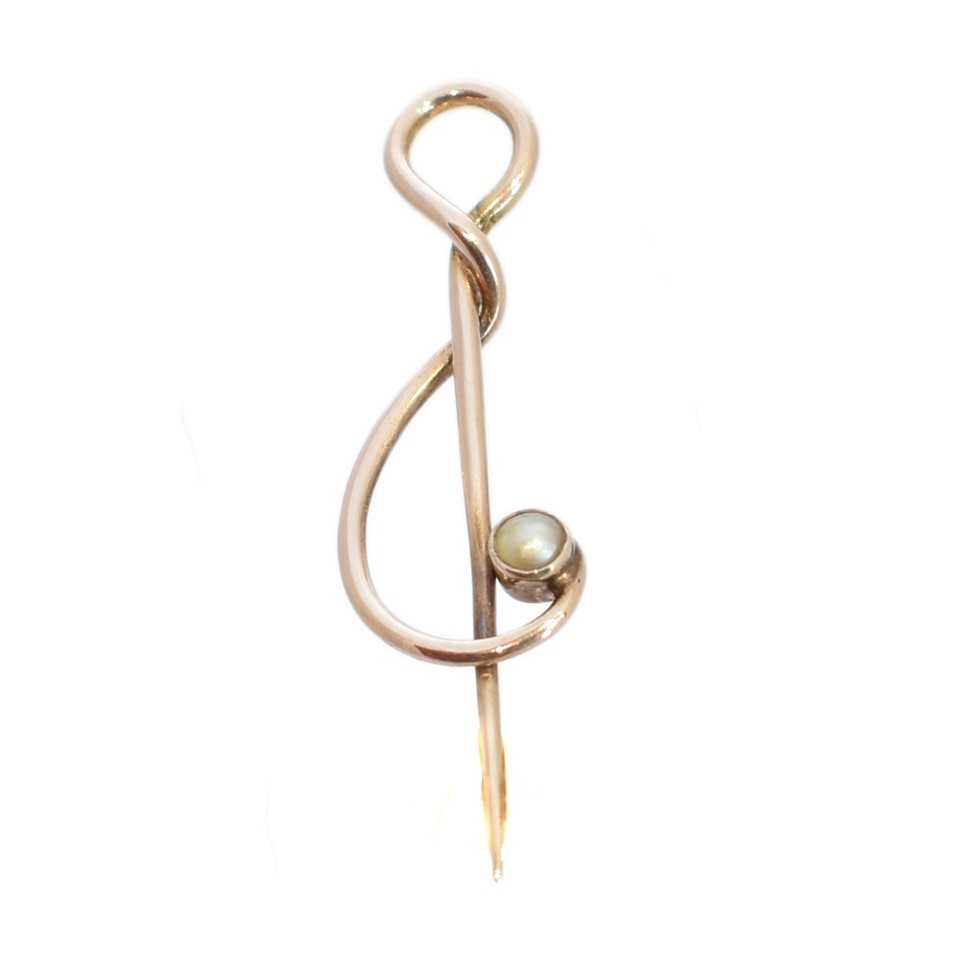 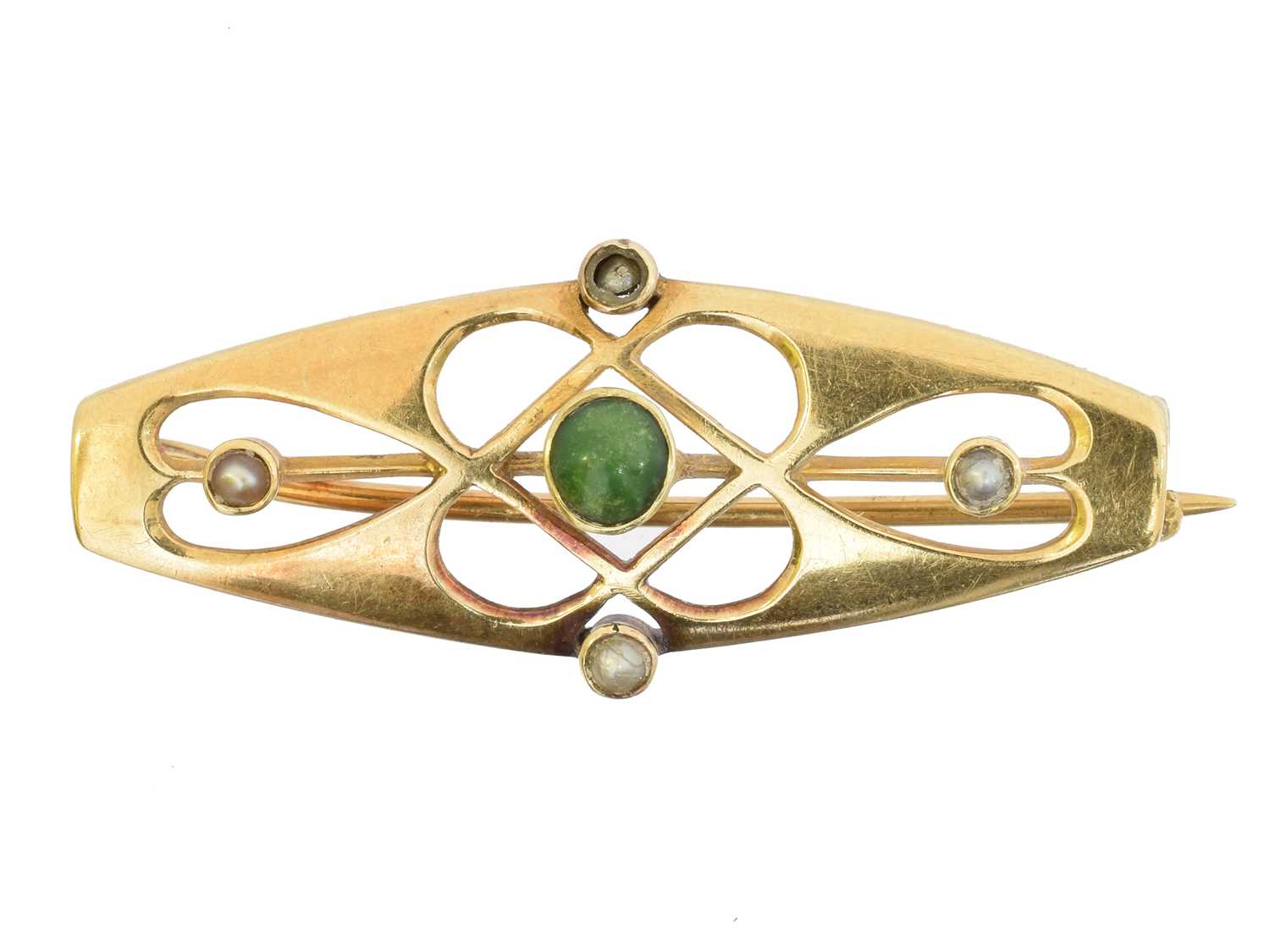 A turquoise and split pearl brooch by Murrle Bennett & Co.
Sold for £110 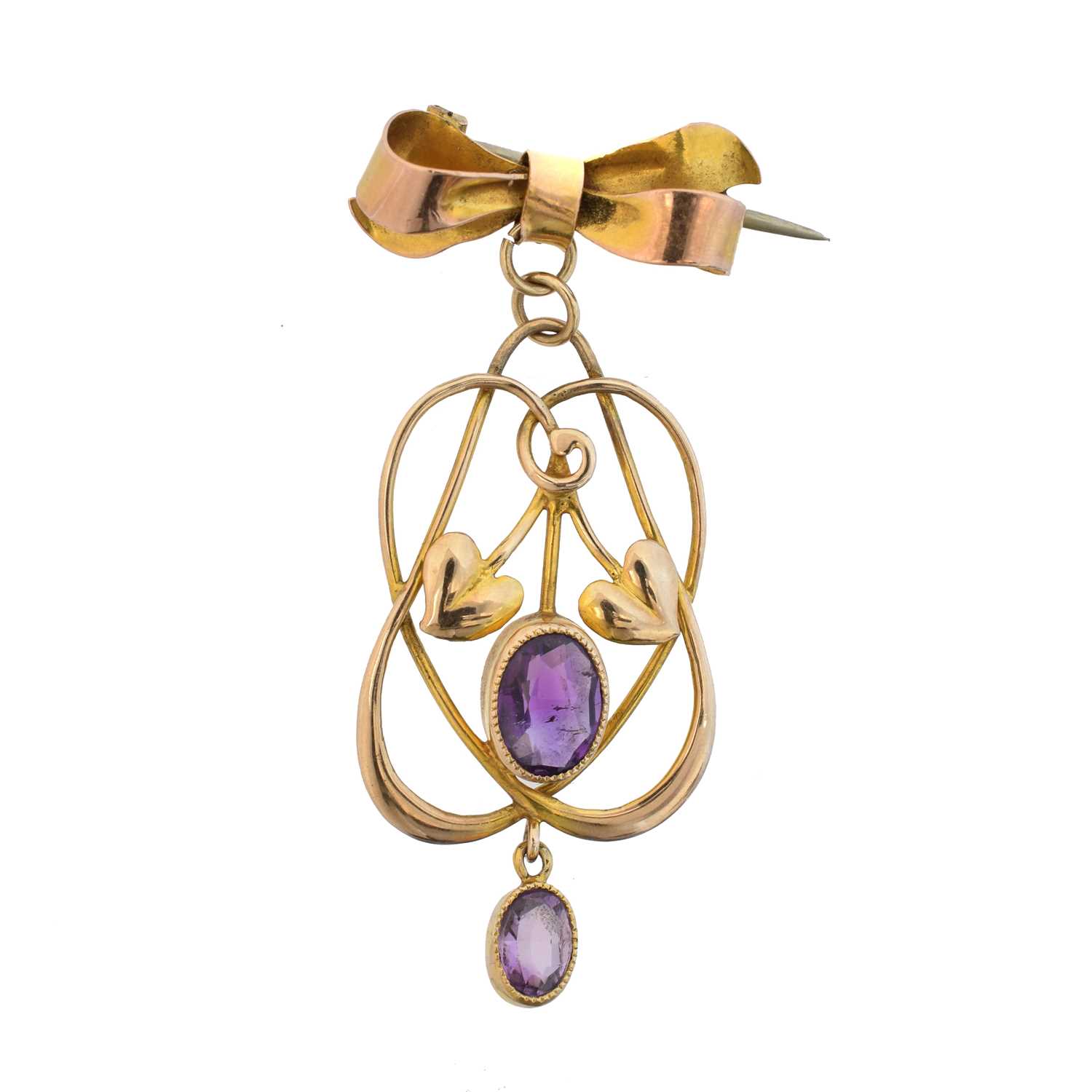