Elisabeth Frink, born in Suffolk in 1930, is best known as a sculptor and printmaker. She studied at the Guildford and Chelsea schools of art in the 1940s and early 1950s, and mainly used men, and birds and animals as her subjects. She received her first major commissions in the late 1950s, for a wild boar which now stands outside the Civic Centre in Harlow New Town, and a sculpture of a blind beggar and his dog currently in a private residents’ garden in Bethnal Green. Frink is best known for outdoor sculptures in bronze, and got her trademark effects by using successive coats of plaster which were broken and distressed to give the finished figures an impression of movement; a favourite subject was stylised male nude figures and torsos, through which she managed to convey both vulnerability and aggression. She also produced lithographs and etchings as book illustrations; Frink was elected as an associate of the Royal Academy in 1971, and died in 1993.

In addition to sculpting, Elisabeth Frink was a prolific artist, and the market’s buoyant for originals and limited edition prints of her work, which are more accessible for most collectors than her sculptures. Preliminary drawings and sketches of her larger work are also sought after, such as studies made for the ‘goggled heads’ series of male studies, made while she was living in France in the late sixties and early seventies. The value of Elisabeth Frink’s work varies a little according to the provenance, media, size and subject matter. At Peter Wilson’s, we offer a free valuation service, so do get in touch if you’d like to discuss a potential sale or valuation. 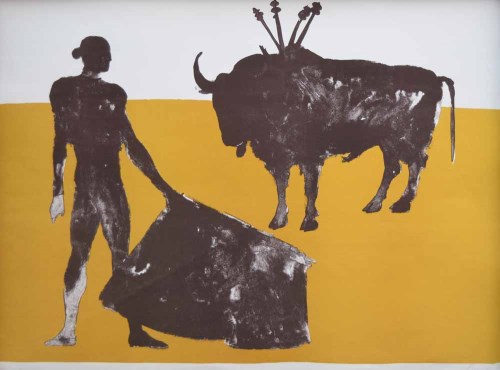 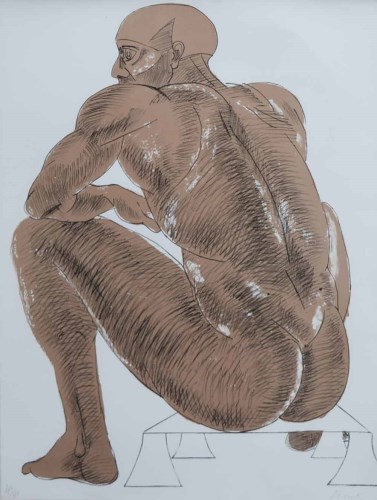 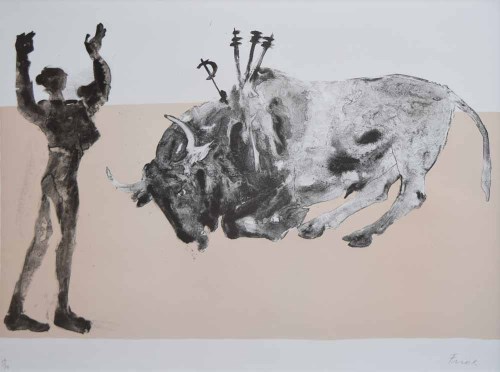 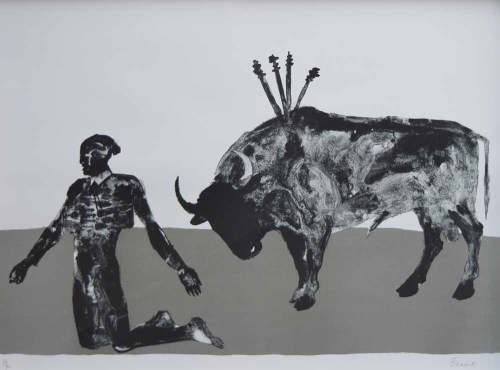 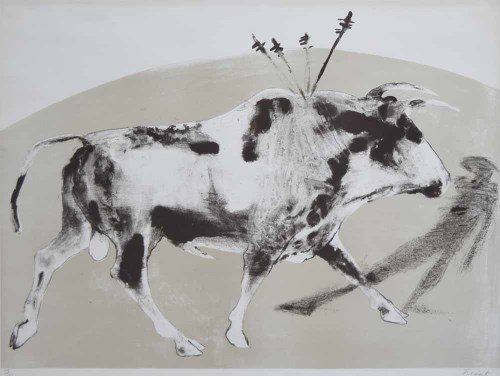 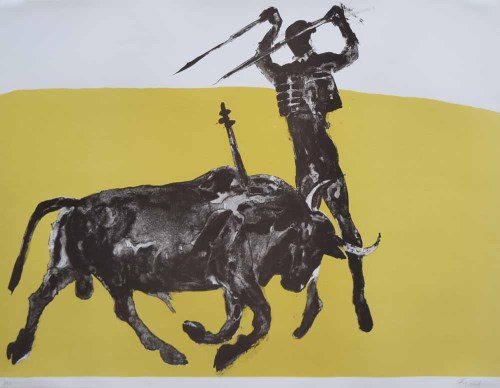