Wilson55 Auctioneers & Valuers are proud to host the Gem-A North West regional group. Relaunched in 2020 with the aim of creating a network for jewellery and gemstone enthusiasts, members, students and non-members of the Gem-A are all welcome to get involved with our meetings.

The Gem-A or the Gemmological Association of Great Britain is the world's oldest provider of gem education, having taught the science of gemmology for over 110 years. With a base in London, the Gem-A features ‘regional’ groups in the Midlands, North East and the North West. The current committee is made up of auction professionals, insurance valuers, jewellery makers, retailers and gem enthusiasts!

We are aiming to host a mixture of private jewellery viewings, talks, demonstrations, get-togethers and social events for the gemmology enthusiasts of the North West! We are set to host a series of Zoom and in-person talks with industry-leading professionals, both online and here at Wilson55's saleroom in Nantwich.

Join us for a unique opportunity to hear from Martin Connard of Connard & Son jewellers. A family-run jewellers started by Martin’s grandfather Walter in 1883, this Southport fine jewellers have served generations of families and seen some exceptional pieces pass through the doors.

Martin Connard will recount his own gemmological journey, from FGA evening classes in the 1960s, his father’s fantastic loose gemstone collection amassed over the last seventy years, together with some later and more recent additions.

With a near encyclopaedic knowledge of jewellers, manufacturers and gemstones, years worth of anecdotes from the shop, and Martin’s wonderful humour, this is certainly an evening to look forward to!

An illustrated brief history of enamelling leading to contemporary developments, both modern ways of working with ancient techniques and new innovative ways of enamelling on metal. Maureen started enamelling over forty years ago, very simply, with a small hot plate kiln. She experimented with all the traditional techniques such as cloisonné, champlevé, plique a jour, painting, but on being introduced to the use of sgraffito in liquid enamels she has followed an experimental, innovative path since then. This led to working in 3D on very thin copper.
Her work is to be found in private collections and in collections such as that of the Enamelist Society, U.S.A., and the Museum of Decorative Arts, Moscow. She has exhibited widely, her work being commended at the Ueno Royal Museum, Japan. Her interests include both historical and contemporary enamels. She has been a member of the jury for international enamelling exhibitions such as L’Art de l’Email, Limoges, France, EMAIL 2 and 3, Cobourg, Germany and international exhibitions in La Coruna, Spain. She has also had the pleasure of being invited to attend international workshops in Palanga, Lithuania and Kecskemet, Hungary, working with enamellers from many countries.

Tuesday 7th September: 6:30pm – Maggie Campbell Pedersen FGA ABIPP -  ‘Organic gem materials, and how they are affected by trade and other bans’.  Please RSVP to liz.bailey@wilson55.com 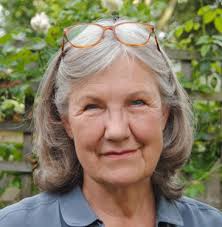 Join us for a talk with Organics expert and President of the Gem-A Maggie Campbell Pedersen. Not to be missed, this talk and demonstration will cover ivory and tortoiseshell markets, and current legislation, as well as materials such as coral, conch shells, big cat claws, rhino horn and many more.

Maggie is an accredited lecturer for The Arts Society and the author of Gem and Ornamental Materials of Organic Origin (2004), 'Ivory ' (2015), and 'Tortoiseshell' (2021).

Her work includes identifications, teaching, writing, and constant research into all aspects of the subject of organics. She has given lectures and seminars world-wide, Master Classes in museums, and has appeared on television. She has also worked in various places as a research assistant in animal conservation, studying elephants, turtles, and other animals.

For 130 years Alabaster & Wilson Ltd. was considered to be one of Birmingham’s leading manufacturers of fine jewellery with a high reputation for the quality of their craftsmanship and design capabilities.  For this reason they were also commissioned regularly to design and manufacture special one-off pieces, amongst them several for presentation to members of the Royal Family.

This illustrated talk covers a brief history of the Company since its foundation, with a glimpse into their factory and extensive archive, and looks at how designs and manufacturing techniques altered to adapt to changing times.

Stephen Alabaster was born in Birmingham and was educated at King Edward’s School before going on to read French and then study for a PGCE at Manchester University.  He taught French for a while in Sale, but in 1975 was enticed into the family business founded by his Great-Grandfather Arthur Alabaster in 1887.  He spent two years in the workshop learning the techniques of goldsmithing while also getting to know how the Company was managed. At the same time, he studied gemmology at Birmingham School of Jewellery becoming a Fellow of the Gemmological Association in 1976 and adding DGA to his name a year later. He was soon out ‘on the road’ visiting independent retail jewellers in London and around the country, making many friends amongst his customers during 40 years of travels in the British Isles and overseas. When eventually retirement beckoned, it was decided that this would be a good time to wind up the business as well, so the Company ceased trading in 2018.

For over 20 years Stephen was a Trade Guardian of Birmingham Assay Office and for the past 40 or so years he has been an enthusiastic member of the committee of the Midlands Branch of Gem-A, acting as its Treasurer for much of that time.