Lighting in the home has taken many avenues over the years. The first known lamps date back to 4,500BC, carved from stone. Candles are thought to have been invented 3,000BC. In the late seventeenth century the rush light was in common use in Britain. This was a primitive lamp made from wrought metal holding the pith of a rush soaked in fat. The next significant invention was towards the end of the eighteenth century with a central draught oil lamp with the aid of a glass chimney. This produced a revolution for the home, often being used in conjunction with a mirror which reflected added light around the room.

The gas light was also being used not only in the home but also as street lighting by 1800. This remained the standard form of home lighting for nearly 100 years. Joseph Swan, a British inventor, was the first to demonstrate the incandescent bulb in 1878 with London's newly built Savoy theatre being the first public building to use his lightbulbs.

It was only after 1900 that the electric light started to become common place in the home with the use of coloured glass shades to provide an atmospheric, appealing interior at night. Shades made from pressed glass, cut crystal, and alabaster with metal supports of brass, bronze and steel gave designers scope to produce a massive selection of looks. There are elaborate chandeliers in complete contrast to minimalist, art deco, modernist designs in addition to industrial lighting fashionable today. 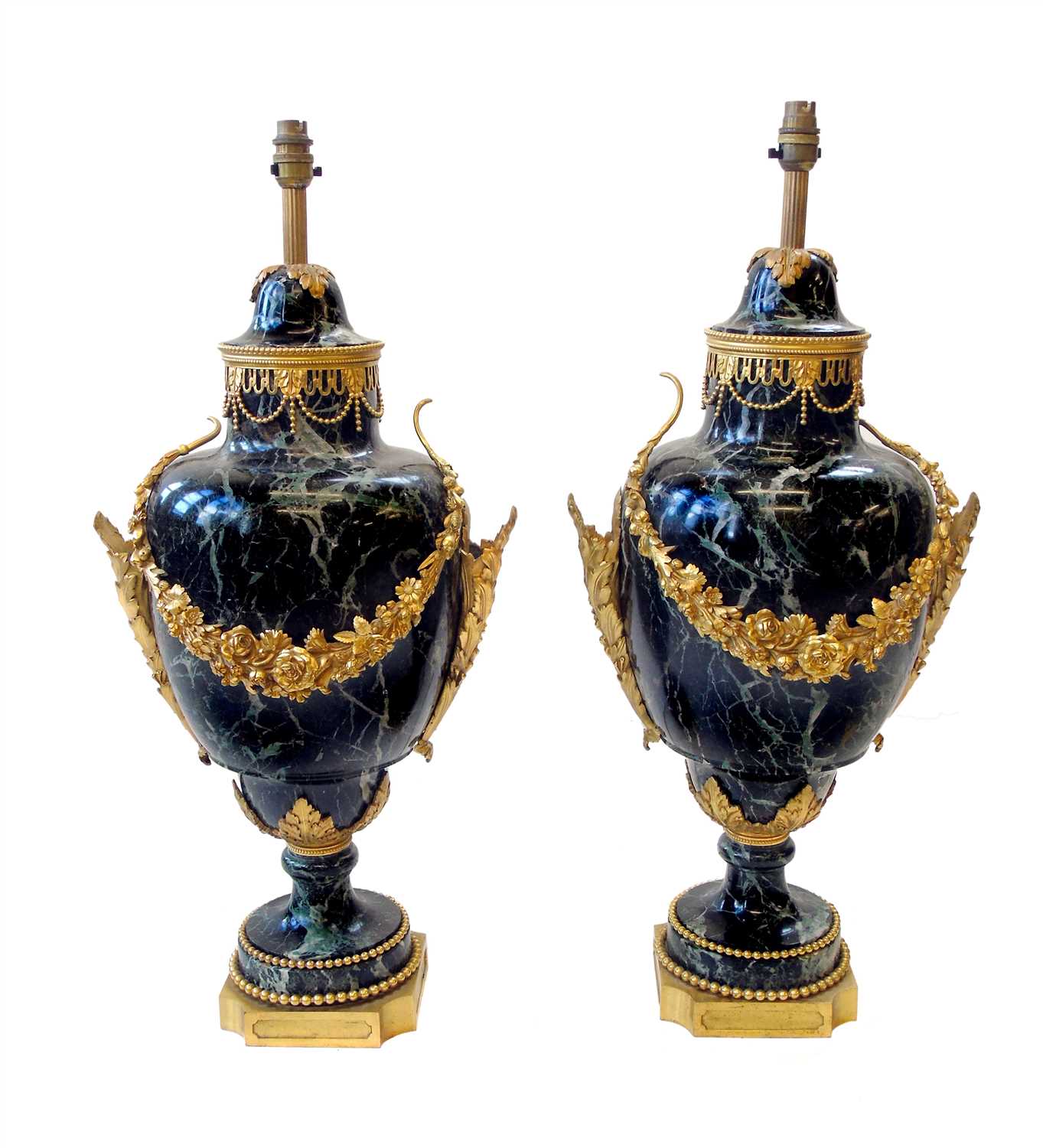 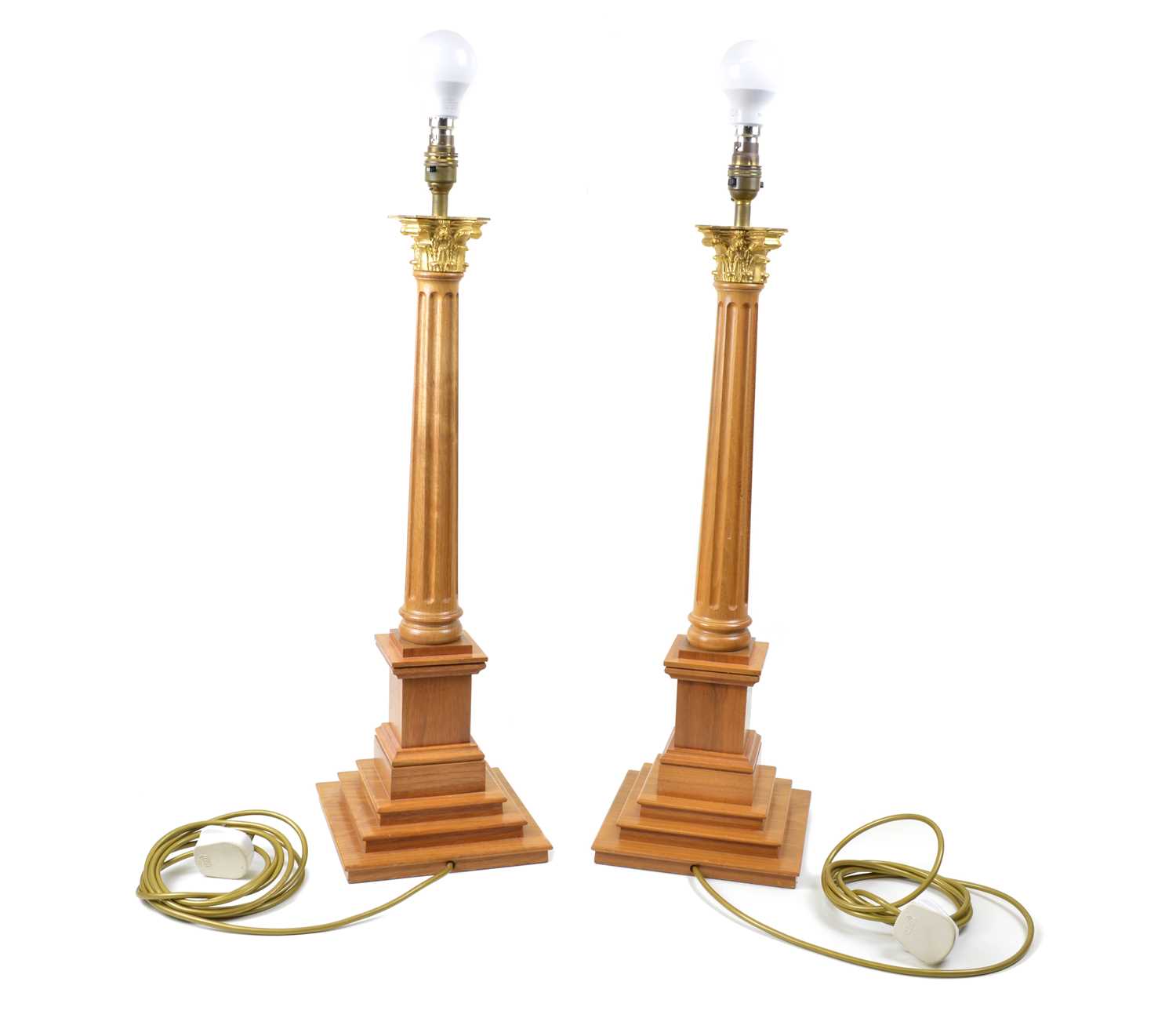 A pair of David Linley walnut table lamps
Sold for £650