Very few makers of musical instruments have shaped the path of music as much as The Fender Musical Instrument company. The name Fender to guitars has the same significance as the name Stradivari has to violins. Interestingly both Fender and Stradivarius held the same desire despite working three centuries apart; to create instruments capable of producing greater volume, with the power to reach out to larger audiences without loss of quality.  The curious thing about Leo Fender, designer and creator of some of the greatest guitar and amplifier designs is that he was incapable of playing a musical instrument himself. 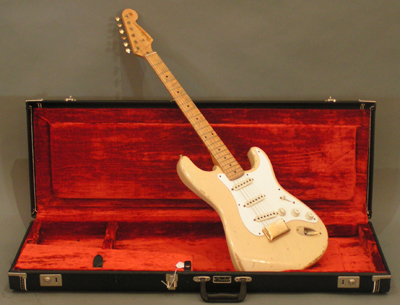 Leo Fender was a lover of technology and a radio enthusiast. Repairing radios and electrical devices was a hobby that soon became a business and in the late 1930’s Fender established a thriving radio repair business as well as building and hiring out Public Address (PA) systems. From the Radio repair business Fender encounter Doc Kauffman, a musician and inventor who is largely responsible for the birth of the earliest ‘frying pan’ electric guitar. The two formed a short lived partnership building lap steel guitars and amplifiers. Fender realised that the amplifiers of the day were the weakest elements of the chain prompting him to make his own. It is a common assumption that the Stratocaster or Telecaster guitars and Precision Bass guitars made the Fender name massive, however it is actually the amplifiers (so significant that the earliest Marshall amplifier circuits were based around Fenders) that allowed guitarists to step out from the shadows and become the lead instruments in the modern three to five piece rock and roll bands that grew out of the 1950’s.

Fenders business grew rapidly, many key musicians of the day would regularly stop by whilst on tour to repair and replace equipment and at the same time offer views and opinions on Leo’s latest inventions. From advice and opinions shared from the working musicians, Fender was able to make instruments that directly addressed the demand. Throughout the late 1940’s and 1950’s many important members of staff equally responsible for the success of the brand were to join the Fender company.  These include George Fullerton credited with many key designs and innovations, Don Randall who headed marketing and advertising as well as developing an extensive sales and distribution network, and Forest White who managed the factory and shook some logic and organisation into the otherwise chaotic world of the genius of Leo Fender.

By the mid 1960’s many major Fender products dominated the market, including the Telecaster, Stratocaster, Jazzmaster and Jaguar guitars, Precision and Jazz bass, and a wide array of amplifiers from the massive Bassman designed to power a whole group down to tiny ‘student’ amps made to accompany a range of student guitars intended to indoctrinate young musicians early on that Fender was the only brand out there that mattered. By 1964 the business was massive, a worldwide concern, but the effects of such a huge business effected Leo Fender’s health and company was put up for sale. Don Randall headed negotiations which ended in a record sale of the company to Columbia Broadcasting System (CBS) for 13 million dollars.

The CBS era saw significant changes for the Fender factory. Leo Fender was kept on as a consultant designer however eventually left the business and after a brief hiatus formed the influential guitar making companies Music Man and latterly G&L. The CBS years of Fender instruments are often looked on as a bad patch for the company, the major conglomerate, keen for sheer profit, forced in new measures to speed up and economise production often to the loss in quality. Not unique to Fender, other major guitar manufacturers suffered a similar fate during the late 1960’s and 1970’s. It is in this era that musicians, unhappy with the quality of brand new instruments, sought out older guitars considered to sound and play better, it is from here that the ‘Vintage Guitar’ market really began to take shape.

Whilst there are many great instruments produced during the CBS era of Fender, the latter part of the 1970’s and the beginning of the 1980’s did not treat the company well. Quality control issues dogged the brand,  this combined with a general move away from guitar based music meant that by 1984 CBS had lost interest in making musical instruments and the Fender company was again put up for sale.  Failing to attract any serious interest, the Fender company was eventually bought by a group of investors headed by William Schultz (Schultz had initially been brought into Fender by CBS to revitalise the factory). The dawn of the new Fender era saw the brand re-establish itself literally from the ground up, the CBS deal did not include the factory building or site and therefore a new factory premises was acquired.  Concentrating on re-establishing quality within the brand the company also recognised the eminence of the vintage guitar market and soon developed a range of vintage re-issues, copies of Fender guitars from the golden era of the 1950’s and 1960’s. These today are of great interest to both players and collectors, especially those whose pockets are not deep enough to afford an original pre CBS guitar. 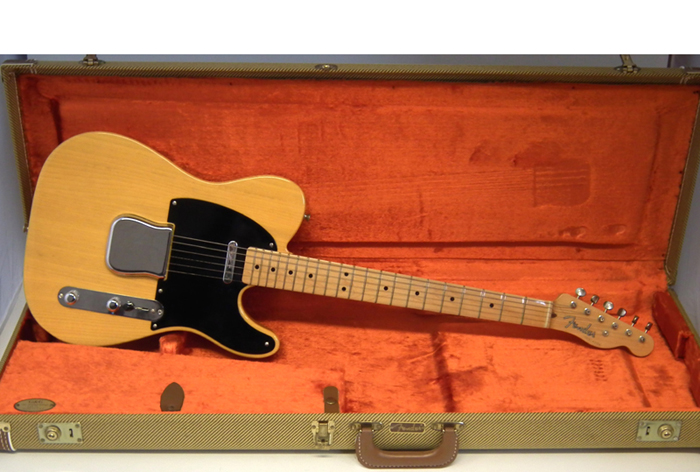 Assessing the value of an instrument.

The value of a Fender musical instrument is assessed in several ways.

Age
Pre CBS instruments are the most prized among musicians and collectors and consequently the values are the greatest. Once the CBS take over happens the values reduce. The further away from 1965 you go the more significantly value decreases, this is linked to the drop in quality and more mass production that occurred in the later years of CBS ownership of the brand. This does not mean that CBS period instruments are not sought after, in fact the rarity and high value of pre CBS Fenders in today’s market has led collectors to concentrate more on the post 1965 pieces.
Dating Fender instruments is not as straight forward as it may initially seem. All pieces leaving the factory were assigned a serial number which can be referenced to find an exact year however this cannot be relied upon. The necks and bodies of an instrument will have dates stamped or written in pencil on them. In the earlier years, Fender instruments were assembled with little attempt to insure sequential numbering of parts, therefore it is common to find variations in date among those found on an instrument.

Originality
Musicians are notorious for altering, adapting and tinkering with their instruments to enhance playability and sound. Unfortunately, no matter how good it sounds, a replaced pickup or other part will effect value. The most valuable instruments are those in the same state as they left the factory. Another factor is finish. Often instruments are refinished during their working life either for looks alone, (many Strats turned red when Hank Marvin was first seen toting his red Stratocaster when backing Cliff Richard) or to cover up a worn finish. A battered original finish is worth far more than a guitar that has been refinished no matter how sympathetic the restoration work has been.

Colour
In the pre CBS days of Fender, most models were produced in one colour only, if you wanted any different shade it had to be custom ordered. In today’s market a custom colour can add significant value to an instrument. Custom colours are one of the hardest parts of Fender guitar valuation as so often pieces are repainted or refinished during their working life and nowadays can look very convincing.

Model
There is a hierarchy within the products of the Fender factory which has an influence in value. The most valuable instruments tend to be Stratocasters and Telecasters, the Jazzmaster and Jaguar guitars follow next, eventually at the bottom lie the student guitars, such as the Musicmaster and Duo-sonic which can represent relatively reasonable prices for the collector when compared to a Strat or Tele of the same era.

Accessories
Accessories can add to the desirability of an instrument. The original case is important but also the accessories that were supplied with the instrument including the strap, wire, bridge cover etc. Early Fender guitars and bases were shipped with removable bridge covers known today as ‘ashtray covers’. These useless items were removed immediately by the musician as they interfered with playing and used instead as ashtrays hence the nickname. Today bridge covers are very rare and contribute to the saleability if still present. Hang tags which would have been tied to the instrument when on sale in the shop are sometimes found inside the case. Again these items along with all the other accessories mentioned above (nicknamed ‘case candy’ by collectors) all contribute to the saleability of a Fender musical instrument. 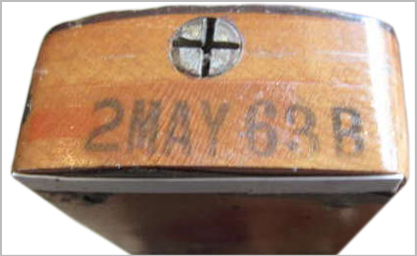 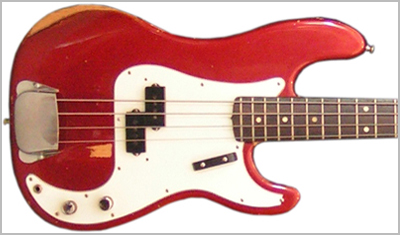 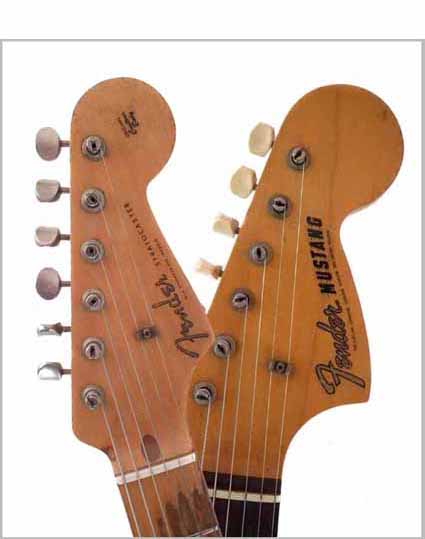 Do you have a Fender guitar or bass you are considering selling at auction?

Please complete the form below and we will provide you with a free auction sale estimate.