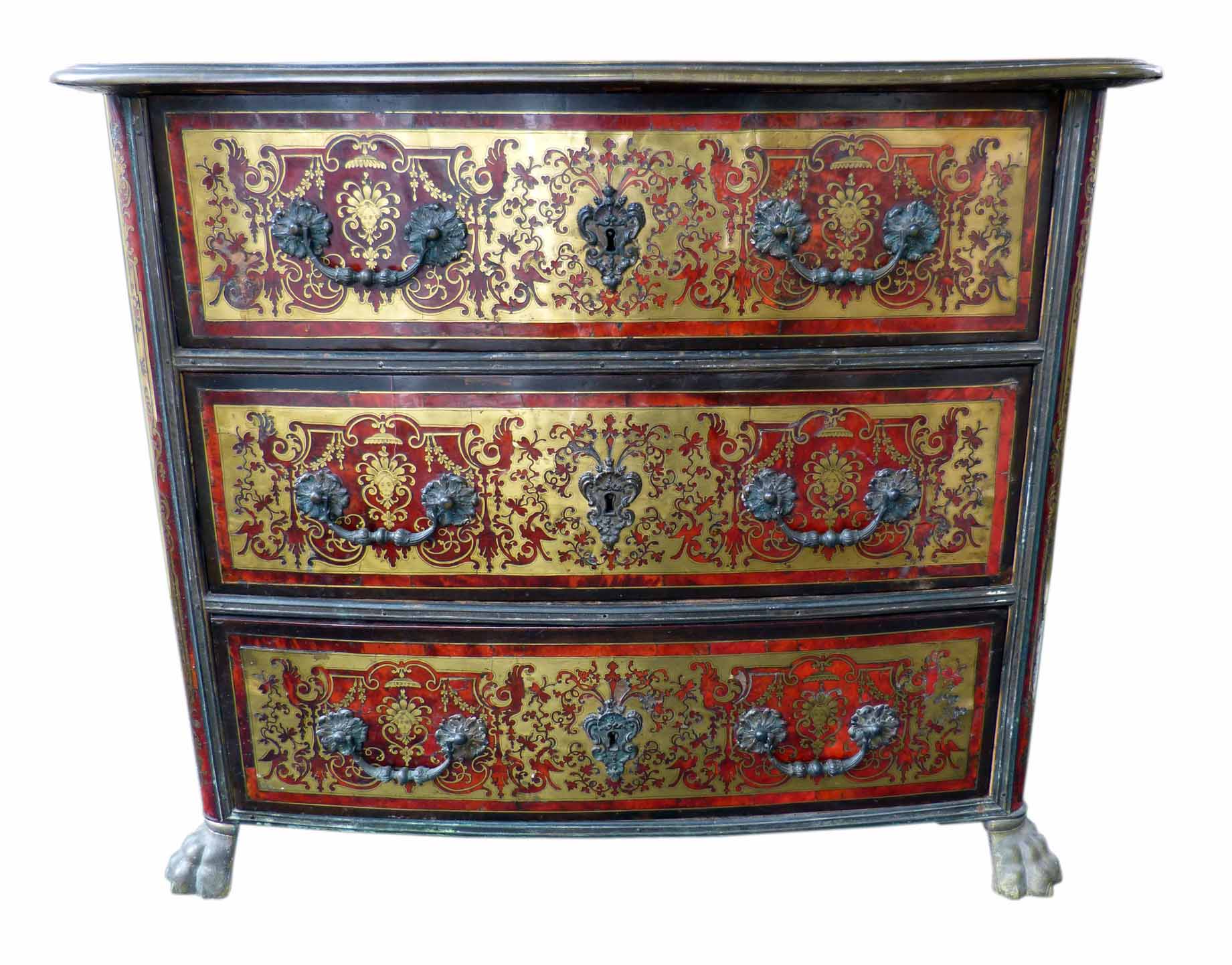 No one is really sure who first hit on the idea of smothering furniture with brass and tortoiseshell decoration, but the stunning effect created by intricate inlays of floral designs, scenes, scrolls, exotic birds, arabesques and figures glittering across the surface was perfected by Charles Boulle (1642-1732) ébéniste to Louis XV and his work was the toast of Paris. Despite his name being linked forever to the technique, sadly the artist-craftsman kept no records detailing output from his workshop, but it was considerable.

Boulle’s four sons continued the business and such was its popularity, a number of other Paris workshops also produced furniture decorated in the Boulle manner throughout the 18th and 19th century.

Identification of maker and age of pieces that turn up today is a considerable challenge, auctioneers tending to err on the side of caution, leaving it to the market to decide.  It did with a vengeance at Nantwich auctioneers Peter Wilson, this fine bow-fronted chest of three drawers selling to a French buyer for £17,000. The price was a multiple of expectation, much to the delight of the chest’s Staffordshire owner.