Coming up in our next Fine Art auction

The pieces of this bygone era continue to shine in the 21st-century interior and are popular with collectors of all ages. 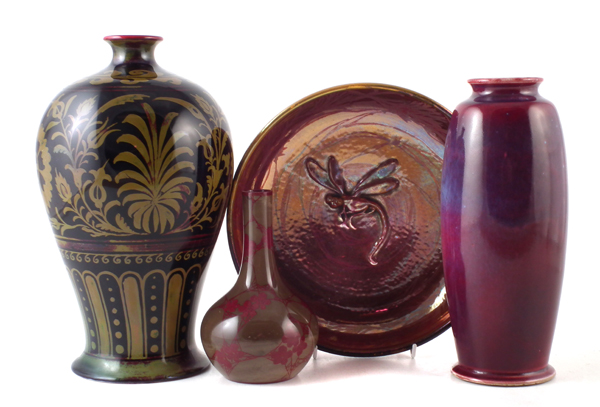 The subject of Victorian and early 20th-century art pottery is vast and fascinating. A rich and vivid array of pottery is available to the collector produced by the kilns of the age of steam attempting all manner of innovative scientific processes to produce new and imaginative techniques. The blending of all the historical styles fashionable in the Victorian era, as well as forward-looking designers of the early 20th century, contributes to this visual feast.

At Peter Wilson Auctioneers we have a strong demand for Victorian and early 20th-century art pottery. Already consigned for our February 15th Fine Art sale is a delightful trio of Bernard Moore flambé vases with estimates between £100- 350. An unusual Pilkingtons Royal Lancastrian bowl moulded with central dragonfly will also appear in this sale estimate £300-500. The sublime effect of the Ruskin soufflé glaze is in full show on a high fired vase which has a presale estimate £500-800. 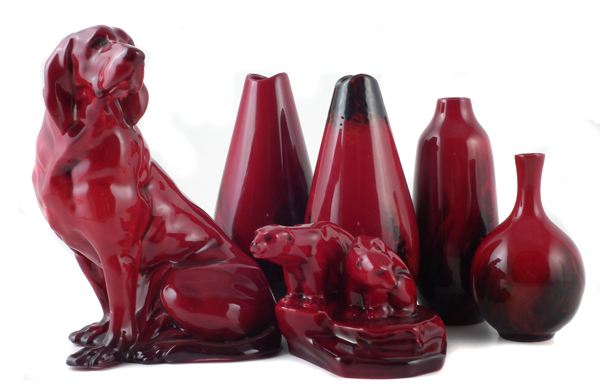 Flambé glazing is a challenging process for the potter. The kiln temperature has to be just right in order to achieve the desirable vivid red hues. Royal Doulton quickly majored this technique and became famous for their flambé ware. A good selection will appear in our February sale illustrated above.

If you have any art pottery you are considering selling at auction please get in touch.