Featured in our Monthly Interiors Sale

To be sold at our Inaugural Monthly Interiors Sale of 2020

Unearthed from a property in Lancashire, our January 16th Monthly Interiors Auction will feature two fine Japanese Shibayama table screens. The screens date to the turn of the 20th Century and are carved from ivory, with Shibayama detailing incorporating mother of pearl, coral, tortoiseshell and hardstones. The property of a Lancashire gentleman, our vendor inherited the pieces from his father who acquired his collection in the 1940s. 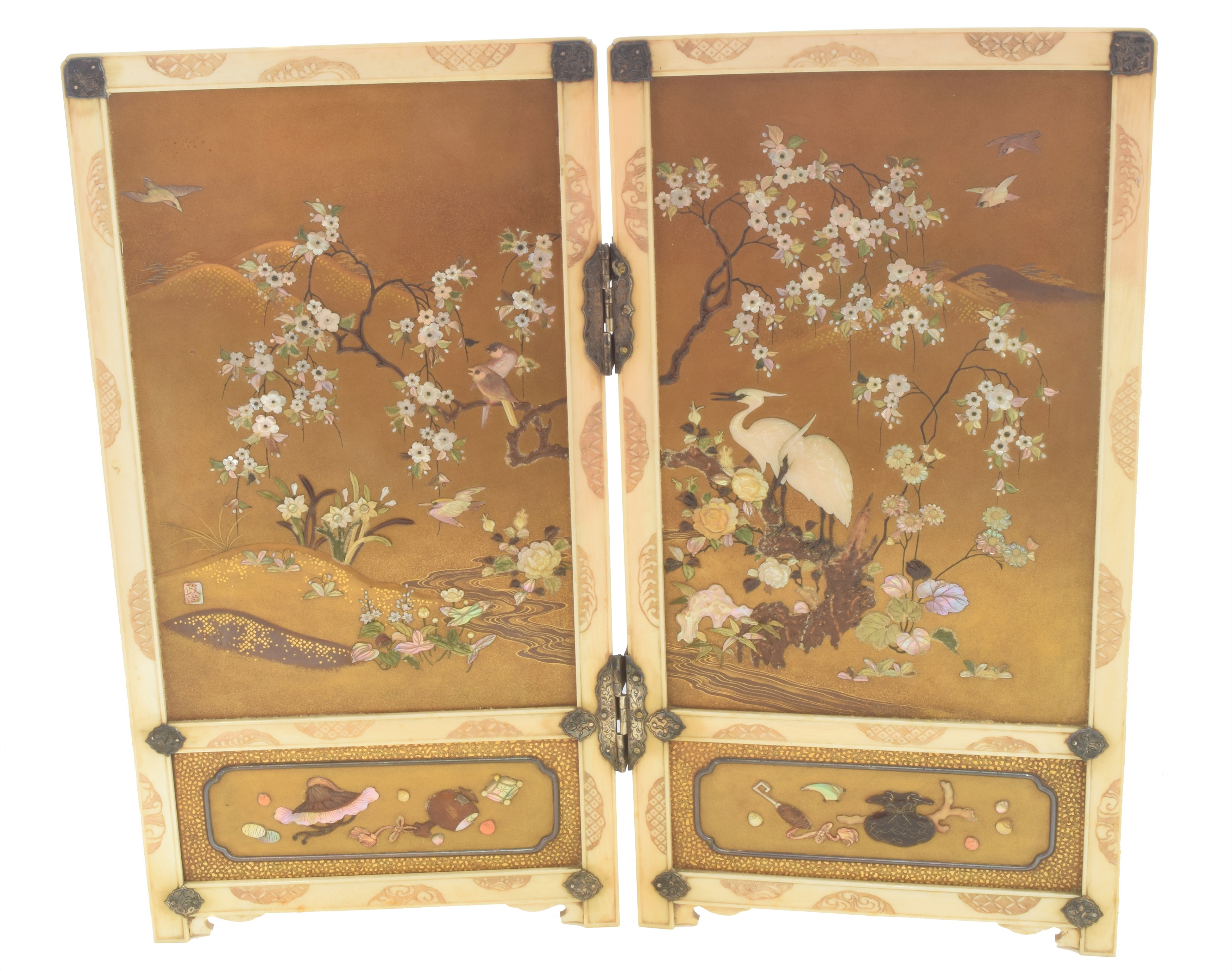 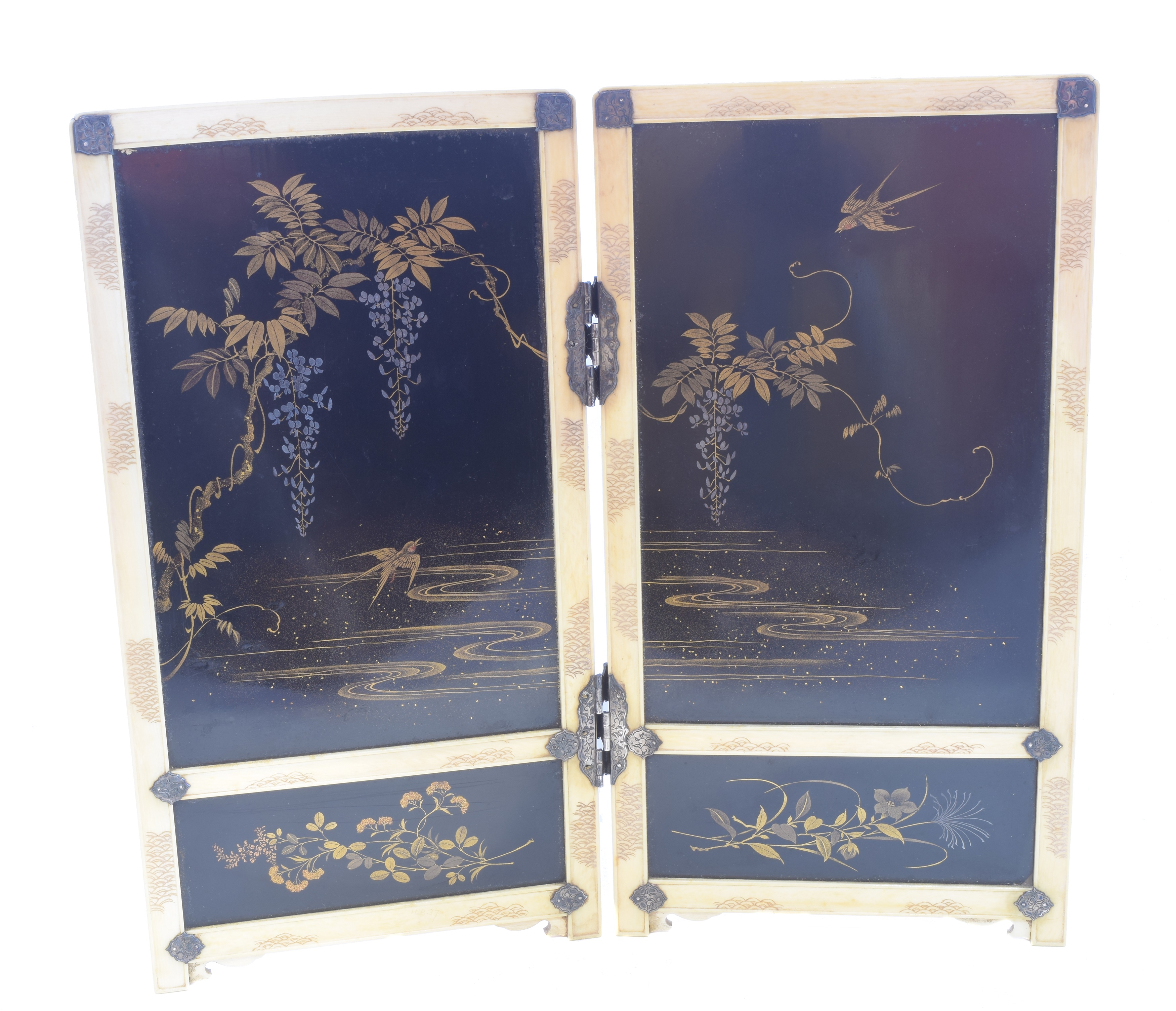 A Japanese ivory shibayama folding table screen, circa 1900. The exterior lacquered in black and gold with birds among blossom trees, unfolding to reveal the interior applied in hardstone coral and mother-of-pearl with cranes and swallows on a gold lacquered mountainous ground, signed, the ivory carved borders with silver embellished corners and hinges, signed, dimensions 28 x 30cm. 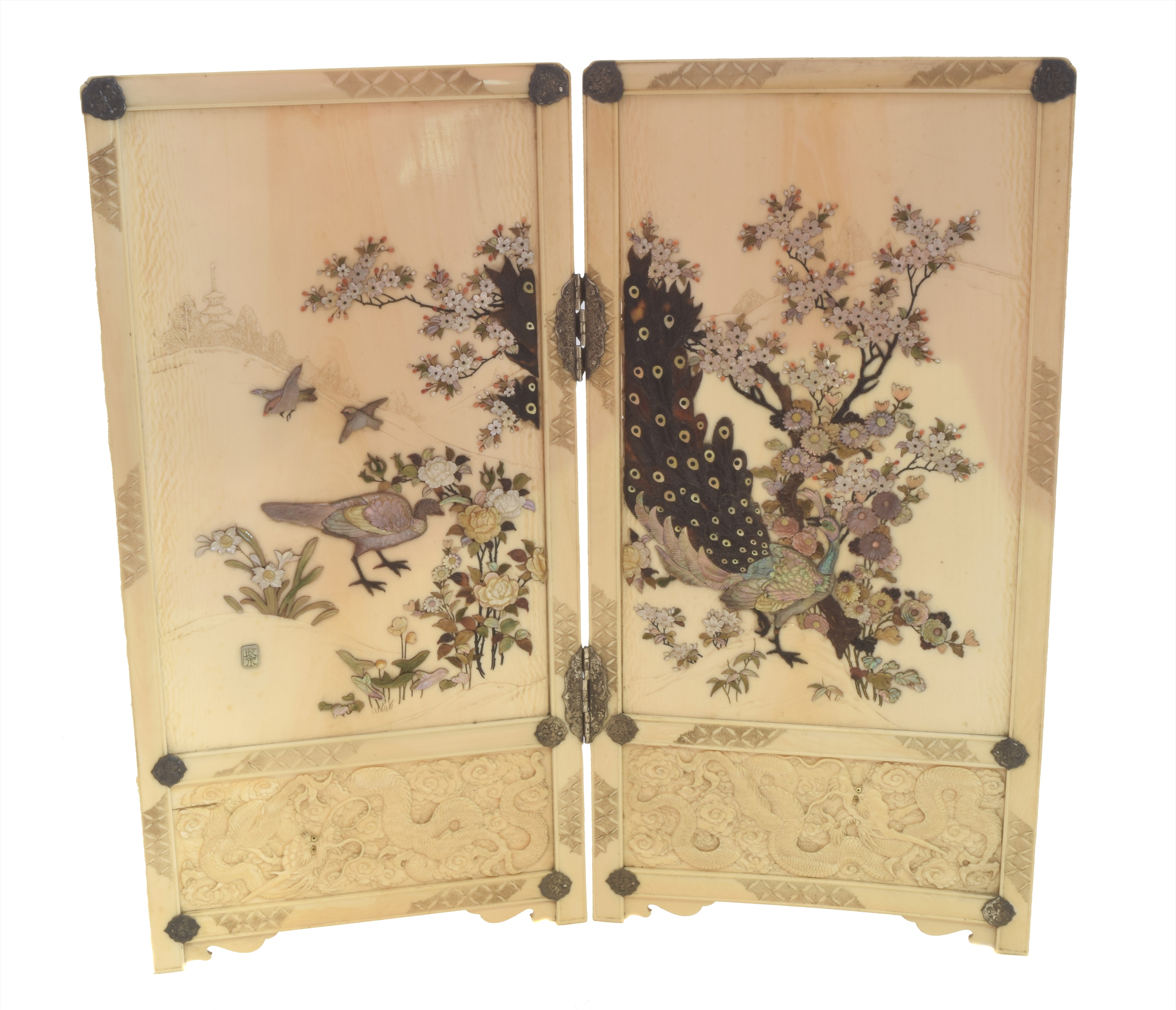 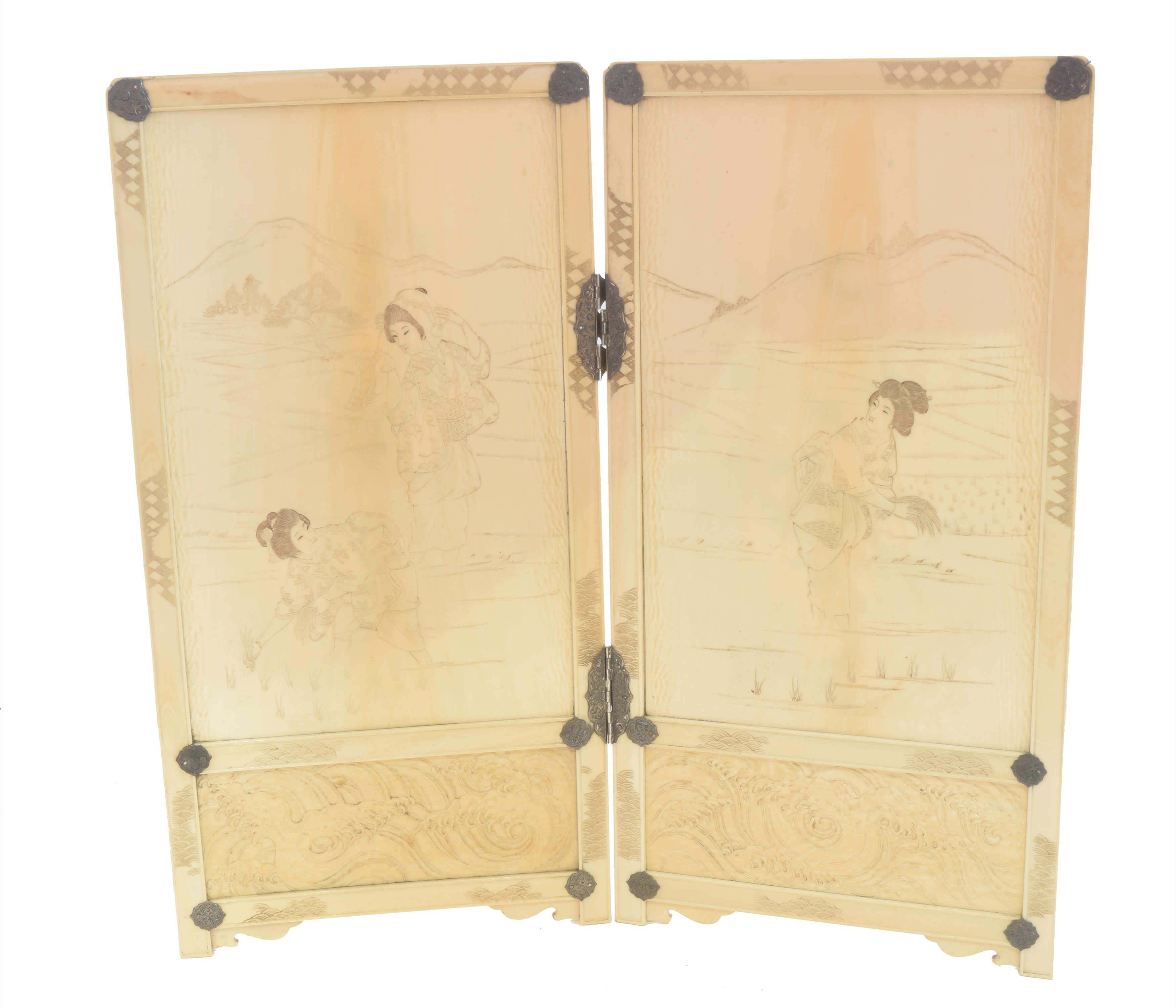 A Japanese ivory shibayama folding table screen, circa 1900. The exterior carved with pastoral scene on a mountainous ground, unfolding to reveal the interior applied in hardstone, mother of pearl, coral and tortoiseshell with peacocks and birds before a blossom tree with temple to the carved ivory background and dragon detailing, the ivory carved borders with silver embellished corners and hinges, signed, dimensions 30.5 x 30cm.

“In immaculate condition for their age, these table screens are breathtakingly beautiful…” notes specialist Liz Bailey “the lustre of the mother of pearl, vibrancy of the gemstones and lacquering make for a real visual treat!” The table screens feature an astonishing attention to detail, with beautiful scenes both to the interior and exterior of the pieces, with silver mounted hinges and maker’s signatures to the left hand corners.

The term Shibayama refers to the inlay of carved gemstones onto a ground material. The inlay is typically formed from gem materials such as mother of pearl, ivory, tortoiseshell, coral and hardstones. Intricately carved and inlaid into the ground material, this meticulous technique creates a kaleidoscopic and captivating effect. The technique was founded in the late Edo period by a craftsman named Ōnoki Senzō, and was introduced at the Paris World Exposition of 1867. Following on from this, the technique was highly popular with Western collectors and a great many pieces were exported to Europe to feed the appetite for Japanese style wares during the advent of the Aesthetic movement. 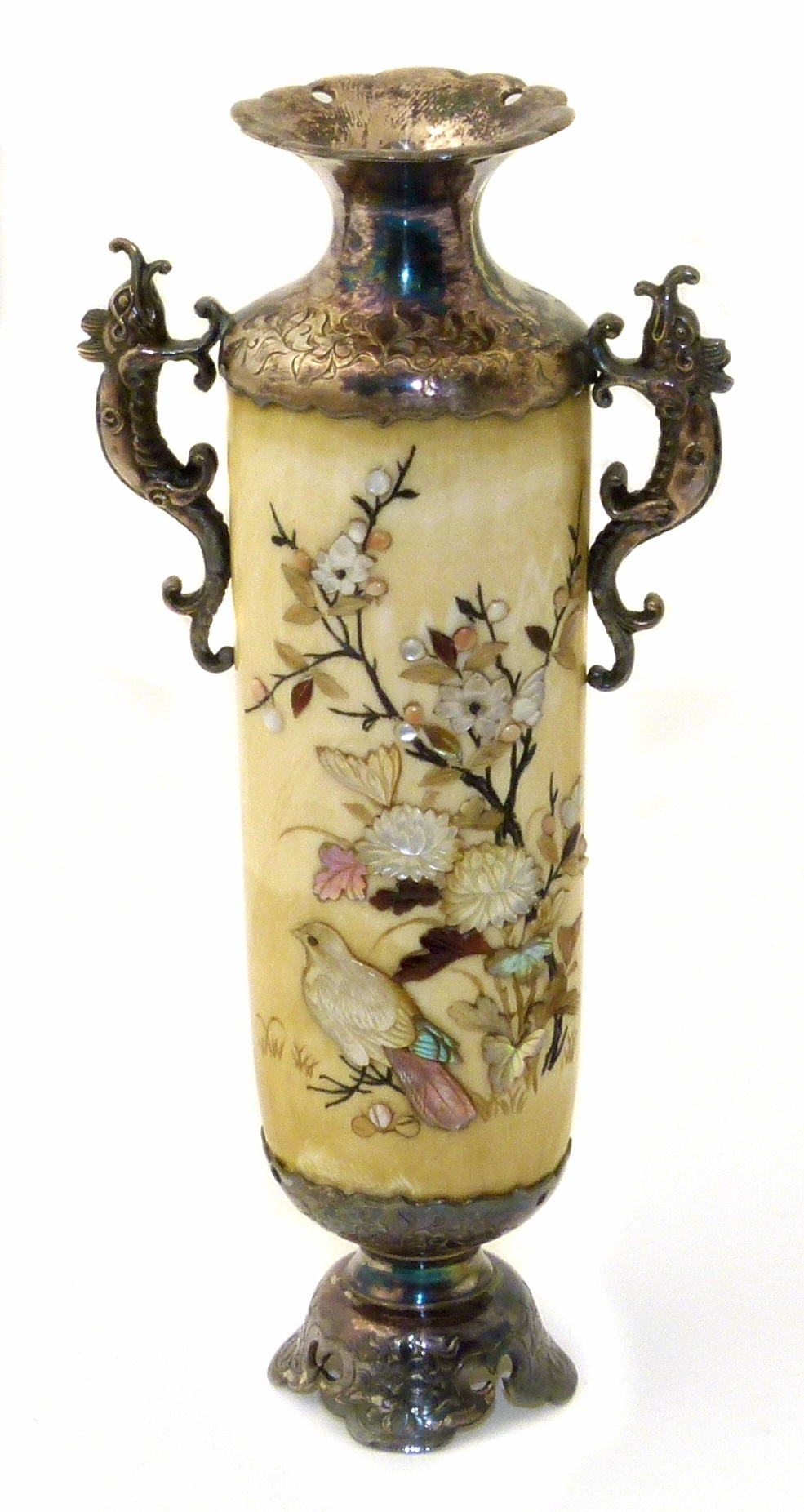 A Japanese Meji period ivory and Shibayama vase, decorated with bird and blossoms, and mounted with white metal base rim and twin handles, signed, height 12.5cm. 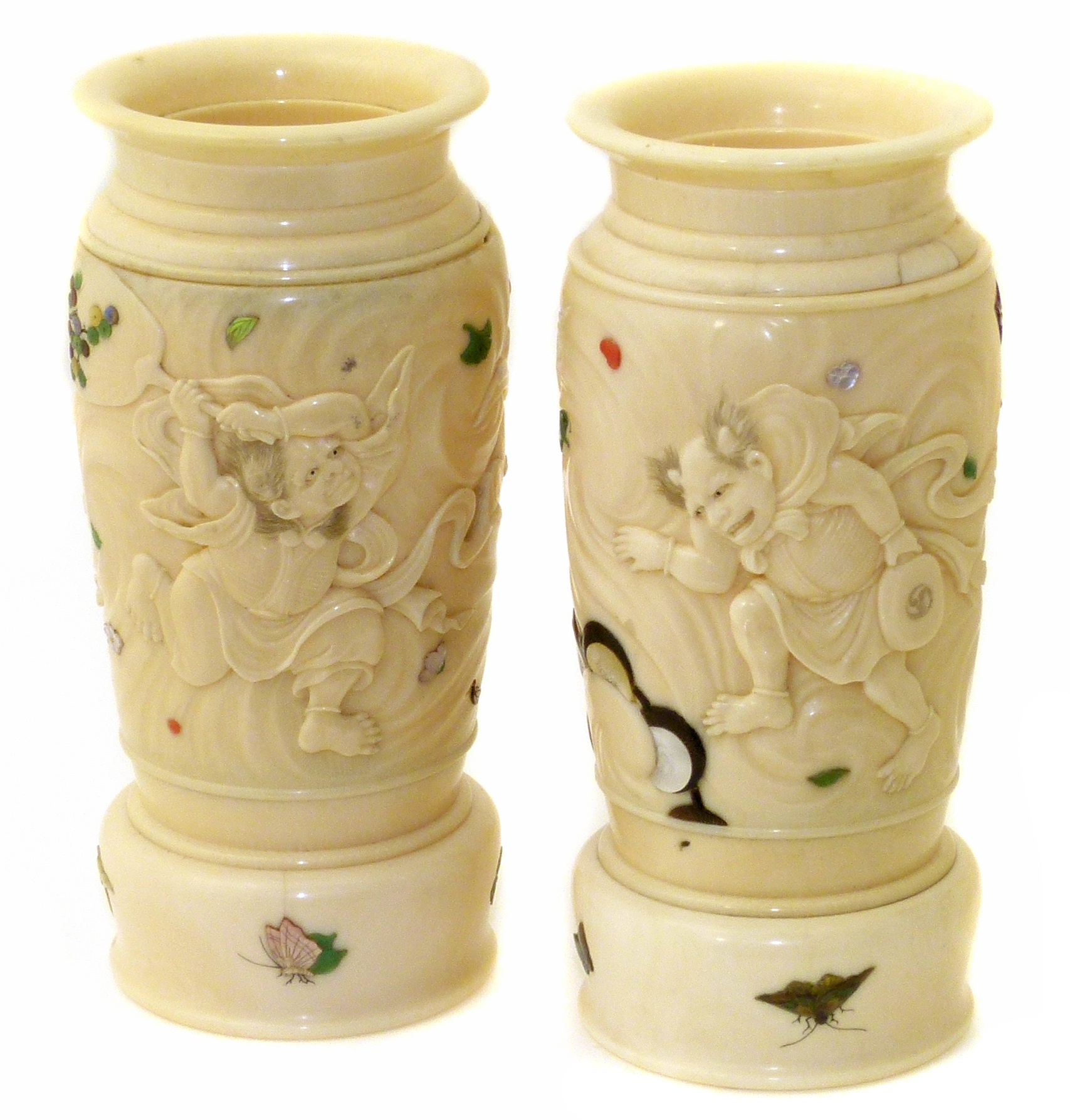 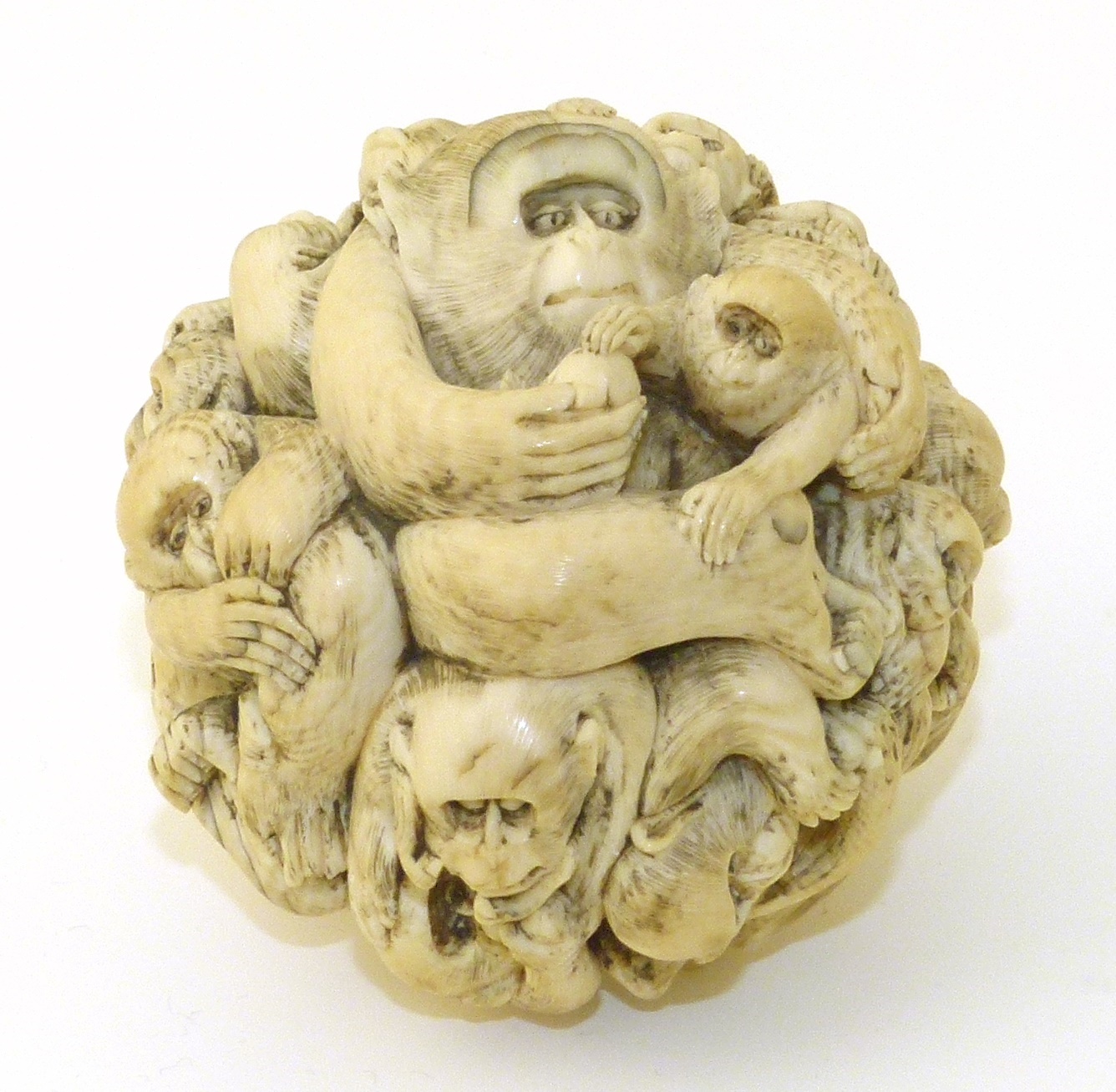 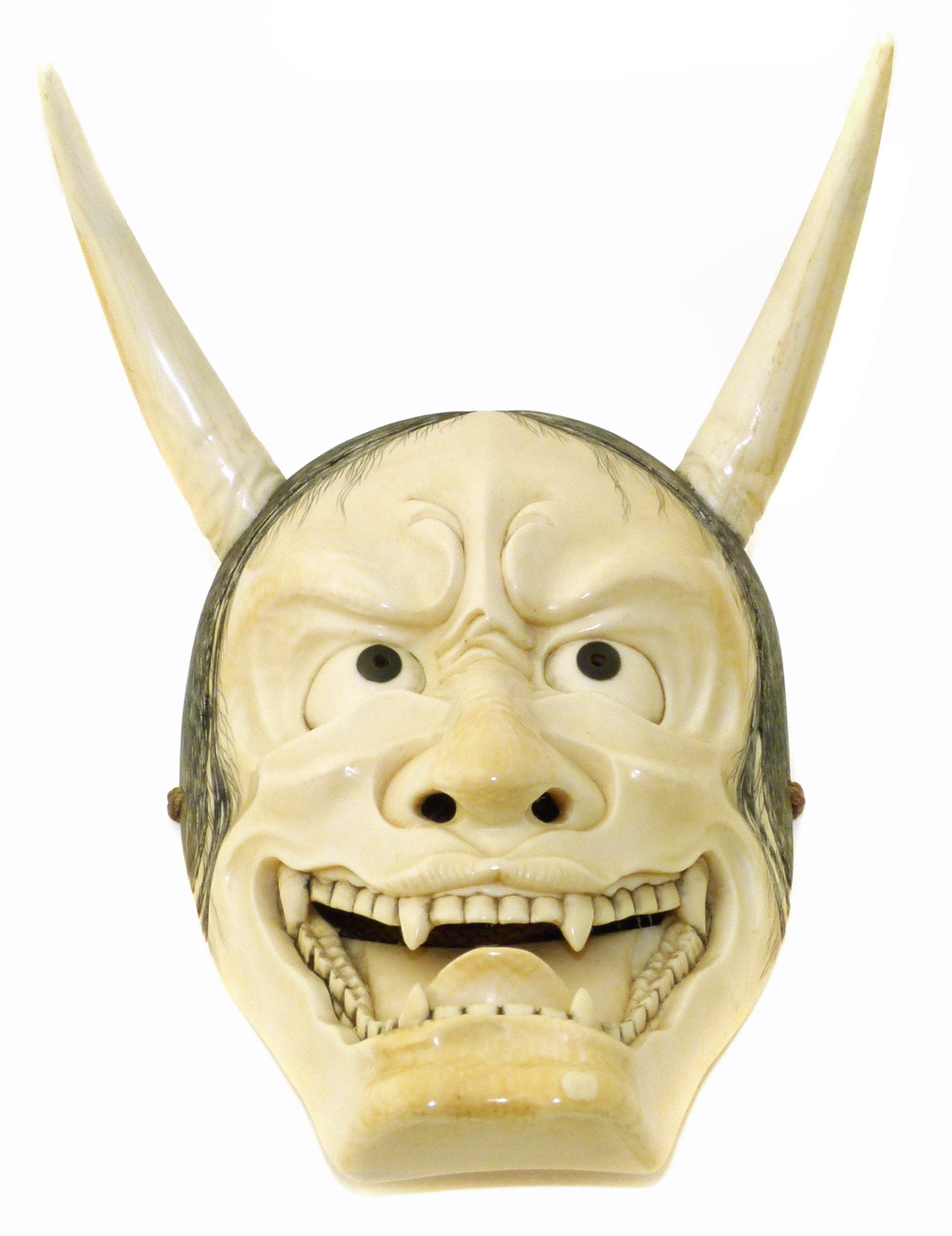 Consigned from a private family, the table screens will be sold alongside the rest of the collection, together with an array of ivory and oriental items to include okimonos, face masks and further Shibyama vases. The catalogue for this exciting sale will be online from Friday 10th January, and viewing will take place on Saturday 11th January from 9:30 until 12pm, Wednesday 15th January from 9am until 5pm and on the morning of the sale from 9am until 10am.