The story of William Littler 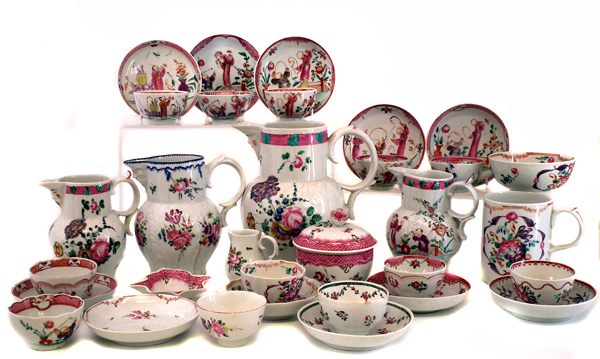 An unusual side to collecting pottery and porcelain is that not all success stories in ceramic art lead to big sellers in the secondary market of the antiques and collectors world. Often the most sought after pieces are products that were commercial failures when sold first time round.  Take for example the Beswick Beatrix Potter figure of Duchess, one of the least successful models of the range when sold new but now sells for up to £600, whereas Peter Rabbit, significantly more commercially popular only sells for £10.

This same factor applies to 18th century porcelain, especially English porcelain. This treacherous era of English ceramics saw chemists and businessmen alike sinking like stones from chasing the golden goose of porcelain production. However the products of failed factories from the 18th century are today the pride and joy of many porcelain collections as well as some of the highest achievers at auction.

An important character in 18th century porcelain is William Littler. Littler’s story illustrates completely how the failures of yesterday are the successes of today. A passionate ceramicist and the son of a Burslem potter, William Littler was dedicated to developing porcelain production in Britain. Whilst Littler’s 70 year career may have been an unhappy one blighted by problems, his toils and troubles are greatly appreciated today in the 18th century porcelain market.

William Littler (1724-1784) was apprenticed in 1738 at the age of 14.  Originally making Saltglaze stoneware he soon looked towards bringing porcelain production to Staffordshire. Around 1749 – 50 Littler entered into a partnership of businessmen and oversaw porcelain production at Longton Hall.

The products of the Longton Hall porcelain factory can be beautiful in appearance, with elaborate and ingenious mouldings giving great character to pieces. Saltglaze moulds were borrowed giving and interesting juxtaposition of the two mediums: stoneware and porcelain. Figures were attempted as well as hollow wares. Bright polychrome enamelling can set pieces off but it is ‘Littler’s Blue’ which is a major and important characteristic. Originally developed for stoneware this deep blue glaze famous for its Lapis Lasuli qualities is one of the first inventions credited to William Littler and is a re-occurring feature found on porcelain for which  Littler had a hand in creating.

Sadly heavy kiln loss was a major problem at Longton Hall. Archaeological digs of the factory site in 1955 by Bernard Watney and Doctor Geoffrey Blake produced an incredible display of buried shards illustrating clearly the difficulties experienced by the factory. This severe kiln loss was to send the factory into bankruptcy in 1760, for it could not compete with Derby, Worcester and other porcelain factories. How many porcelain collectors today must wish they could have attended the bankruptcy stock clearance auction of Longton Hall porcelain held in September 1760. 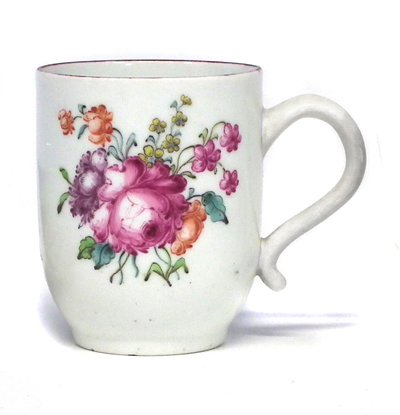 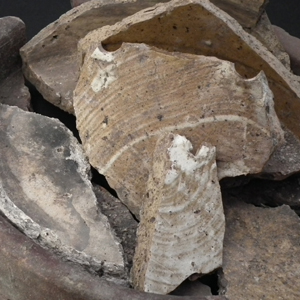 Longton Hall porcelain coffee cup circa 1755.        Some of the many kiln losses excavated from the Longton Hall site.

Not to be put off William Littler and his wife Jane moved to Scotland to start a new life. Porcelain was not far behind them and a new production began around 1764 in West Pans, East Lothian. Newspaper advertisements at the time list “William Littler China-maker at West Pans, near Musselburgh, maker of “all kinds of useful and ornamental china in mazarine blue and gold".

West Pans porcelain is incredibly rare and sought after, if somewhat hard to attribute. The porcelain body resembles that of early Longton Hall. Carried over from the Longton Hall factory are the lively moulding details such as unusual handle designs and the prolific use of leaf moulded forms.  Ever present is Littler’s hallmark blue glaze giving away the maker of the pieces.  West Pans porcelain is slightly cruder than Longton Hall, perhaps due to lack of financial backing that Littler enjoyed with the partnership in Staffordshire. Scotland’s first porcelain factory unfortunately proved to be uneconomical and ceased to trade in 1777. 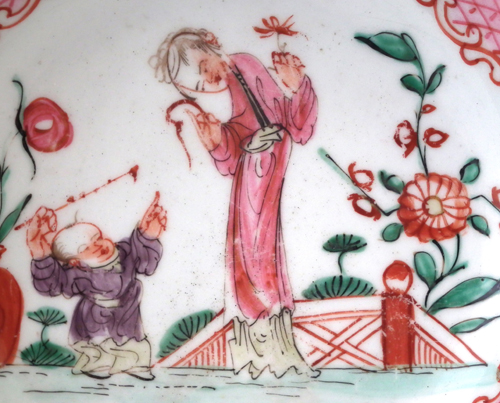 Detail of a Baddeley Litter saucer.

Testament to his resilience and devotion to the craft we find William Littler moving back to Staffordshire and keen to take another swing in at porcelain production. This time Littler was to assist Ralph Baddeley and took on the role of manager of the factory and oversaw porcelain production in Shenton Stoke on Trent. Termed today as Baddeley Littler, (not other original name of the factory but a label used for convenience by collectors) this third attempt at porcelain began around 1777. A frit porcelain body that was used shared similar characteristics to that of Longton Hall and West Pans, also carried over were some of the moulded design ideas. A newer fresher palette was employed with more vibrant pinks and purple used and designs contemporary with current fashions seen on the factory’s Stoke on Trent competitors such as  Newhall, Keeling, etc.  Baddeley Littler has a youthful freshness about it not seen as much in the products of West Pans. Firing issues that constantly dogged Littler still presented themselves in this latest factory and collectors today sometimes refer to Baddeley Littler as the ‘dirty bottom factory’ due to the poor state of firing seen on many of the pieces especially to the undersides! The porcelain produced by Littler at the Shenton factory was sadly to be his last, and William Littler died in 1784. It is generally thought that the factory continued to make porcelain until 1790 but this makes the products of the factory quite rare on today’s market. It is interesting to note the mask jug below (lot 76 sold in February 2016 fine art sale) which sold for £850 and compare it to a similar Worcester mask jug from the same period and size which in its day would have been superior in production quality and yet today is worth around £100-200.

If only William Littler could watch the products from his three porcelain factories sell at auction in today’s market. The hammer prices of his wares that frequently outstretch those of the major factories of Worcester, Derby and Caughley for whom he was competing with would make him proud! 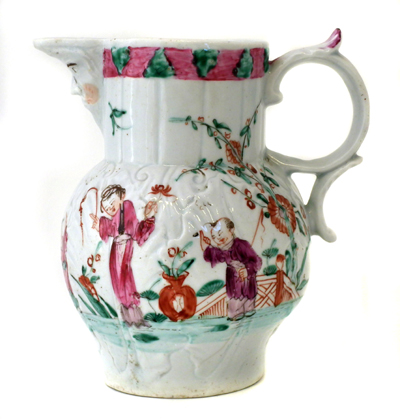