Selling for £22,000 in our July Fine & Classic Auction was a remarkable cabinet once owned by Sir Robert Brooke, and kept in one of Cheshire's finest historic houses. A local find, this Flemish cabinet was unearthed by Robert Stones and linked directly to Norton Priory in Runcorn.

In the 16th century, the Netherlands was under Spanish control, the provinces of Antwerp and Amsterdam had a large export trade of objects of luxury including magnificent furniture made from exotic materials. Antwerp in particular by the end of the 17th century became known for the production of lavish ebony and tortoiseshell veneered cabinets which were exported worldwide and prized as furnishing pieces in 18th century Georgian houses. 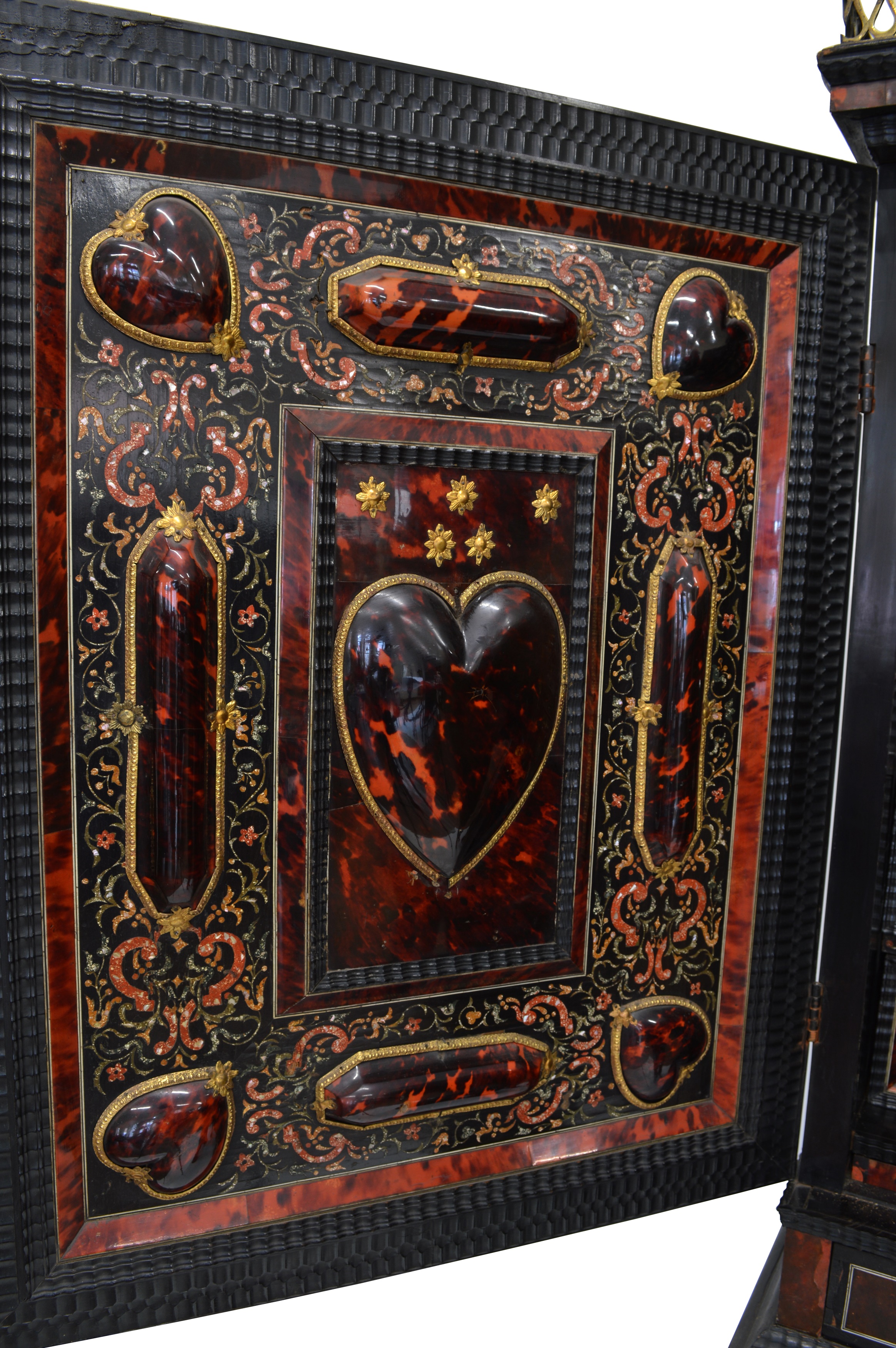 The Brooke family occupied Norton Priory in Runcorn, unsurprisingly it was furnished with objects not only of English furniture but of European origin as well. The Brooke family left the house in 1921 and in 1928 it was partially demolished and for approximately 50 years the site was largely abandoned.  Thanks to a heritage lottery grant in 1966 the site underwent a restoration project and in 2016 opened telling the story of its history over the last 900 years. 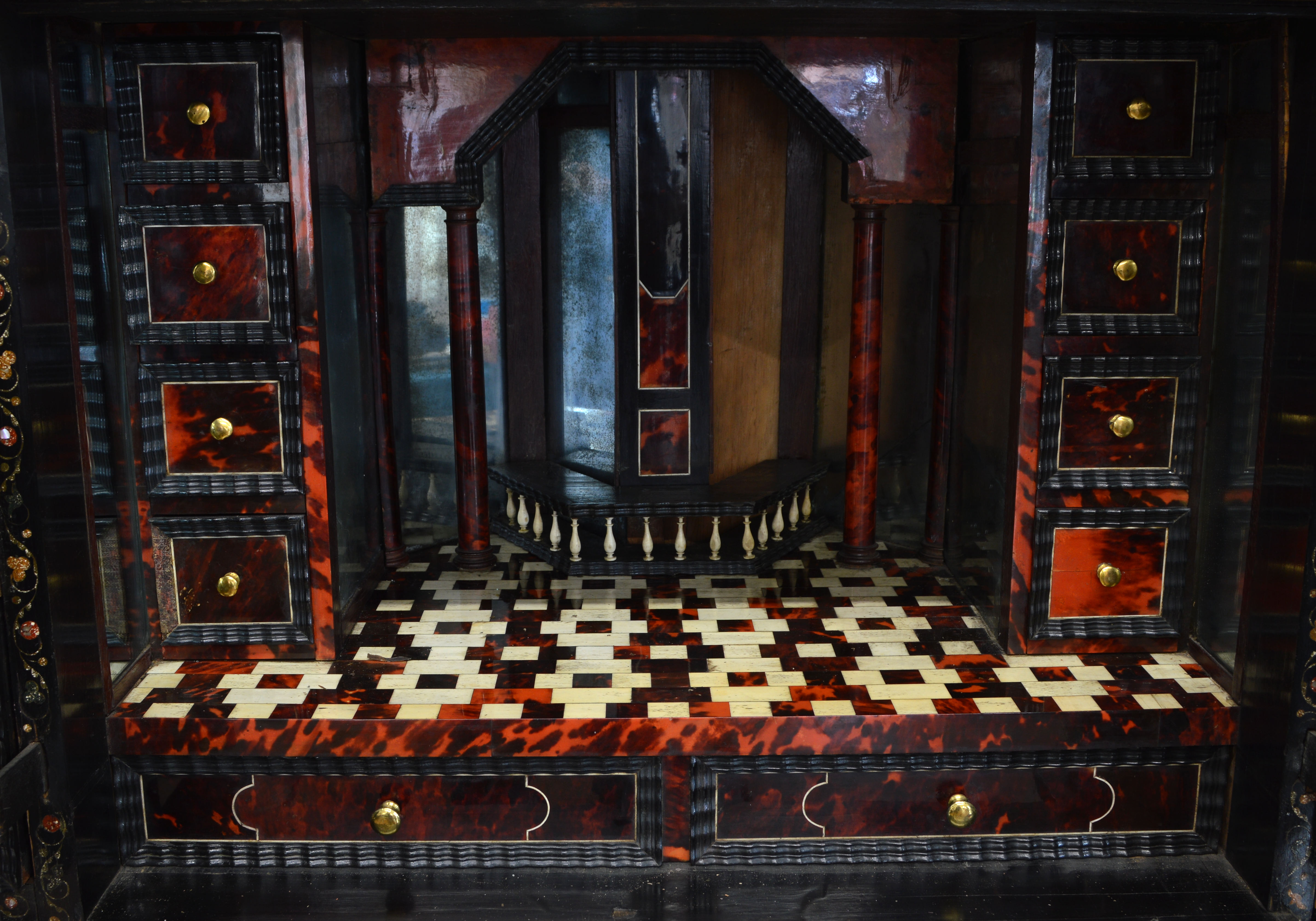 In 1920 the house with thirty bedrooms plus other fully furnished reception rooms went under the hammer creating a sale of over of 1,600 lots which took place in the mansion itself spanning a five-day period, amongst the contents listed were tapestries, carpets, pianos, Chippendale furniture and over 2,000 books.  Many local families bought items from the grand auction and a catalogue survives describing many of the grand items.

It was with some excitement that Robert Stones at Wilson55 received instructions from a local farming family that they wished to sell a cabinet.  This 18th century Flemish cabinet constructed from ebony and tortoiseshell veneers was clearly from Norton Priory, the reverse side of the cabinet having card labels showing the handwriting in pencil the name Sir Robert Brooke, with the removal company name in Worcester.  The cabinet stands on an English base, it was often the case that these grand Dutch cabinets were supplied without a pedestal and owners made or had designed an appropriate method of showing the cabinets to their best advantage.  It is highly unusual to find an item of furniture with such impeccable provenance.  It has for the last 100 years remained within the same family by descent until the Fine & Classic Sale where it sold for £22,000.

Our next Fine & Classic Sale takes place on Thursday 7th October. To find out how much your own furniture could be worth, contact us via auctions@wilson55.com