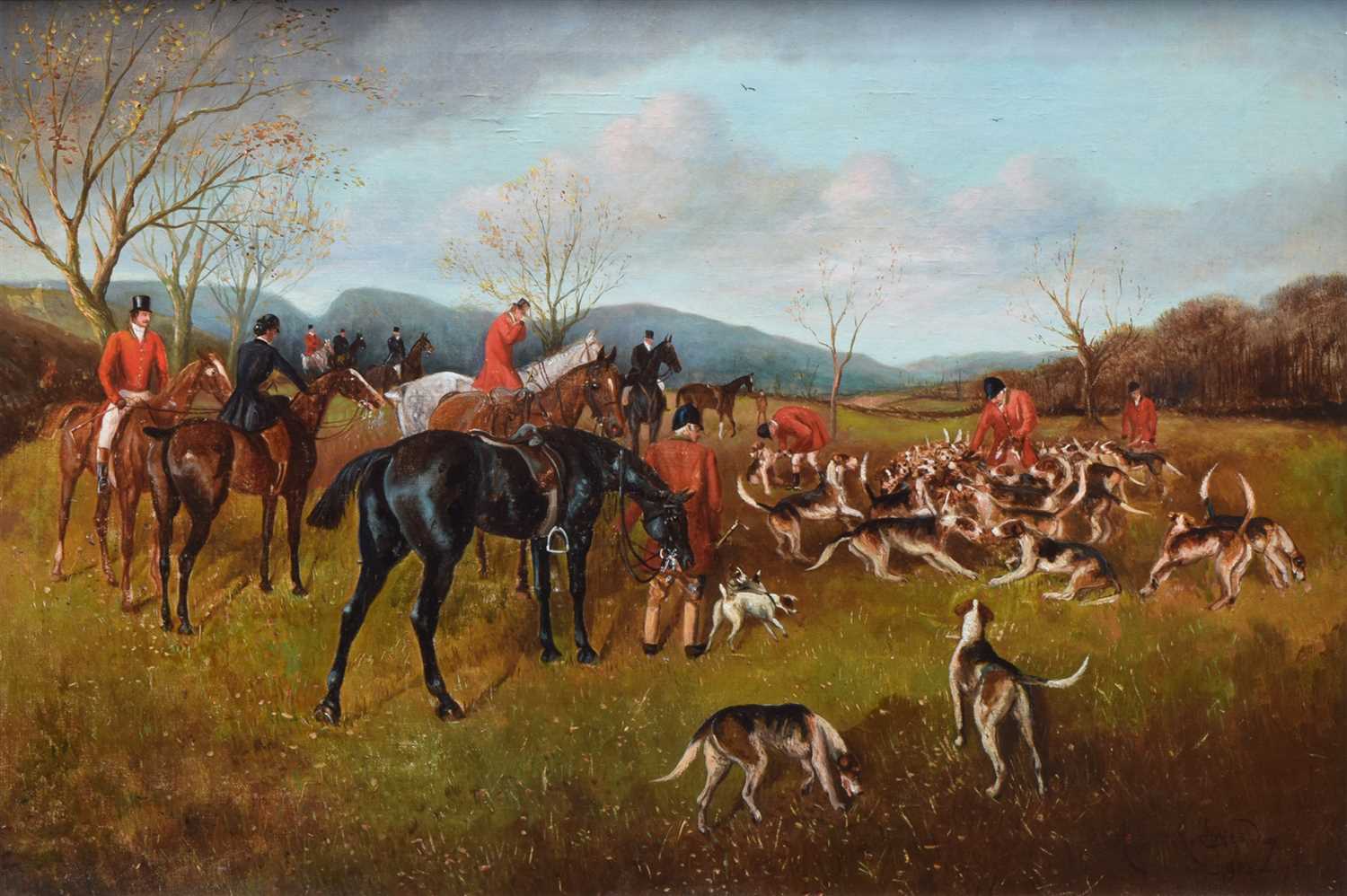 Born in 1872 in Shrewsbury, Herbert St John Jones moved to Nantwich, Cheshire as a young child and lived there until his death in 1939. He was best known as an animal painter and was inspired by the local huntsmen, learning the details of the horses and hounds with such precision that many of his later portraits were executed from memory at his studio in Hospital Street. Lot 554 in November's Fine Art sale is a typical example of his work.

He was commissioned by many aristocratic clients to paint portraits of horses and dogs and his client list included the Duke and Duchess of Westminster. The artist was a familiar sight on the streets of Nantwich and often painted pictures for local shopkeepers in lieu of unpaid bills. Several such pictures decorated the walls of Herbert’s neighbour, the wine and spirit merchants G.F. & A. Brown, and after the business closed the paintings were moved to a pub in Runcorn.

Jones' most common subjects were hunters, but he also painted other types and breeds of horses as well as hounds, meets, dogs and cattle. Later in life, he also painted signs for local inns. His work is in many public and private collections, including the Nantwich Museum.

As a painter of animal portraits, Jones worked for a number of famous and distinguished clients and the subjects of his paintings have an effect on the overall value. King Edward VII owned one of Herbert’s paintings of an Ayrshire bull and several other animals belonged to similarly illustrious owners. Jones himself kept a list of commissions and copies of letters of thanks and a painting with good provenance connected with an important client is much sought after by collectors.

If you have a work by this artist that you would like to consign, our Fine & Classic sales are the perfect opportunity. Contact us for information about valuations, or complete our online valuation form.