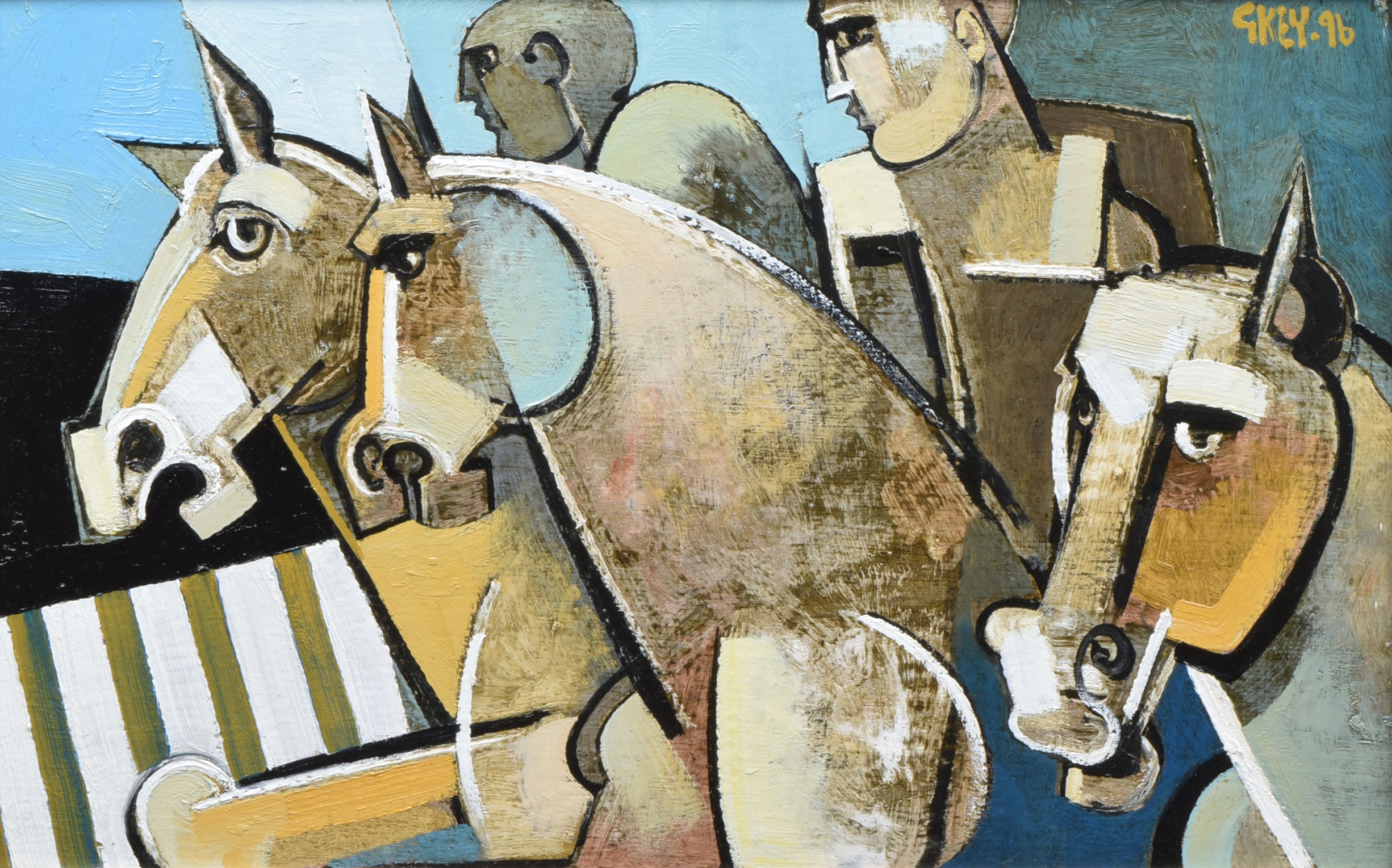 Although hailing from the North West of England and having close ties to many of the important Northern artists, Geoffrey Key (b.1941) has never really strived to be associated with this school and as such has a more universal, broader appeal and freedom to expand his painting horizon.

It is this broader appeal that has ensured his international reputation has gone "from strength to strength" while also remaining in demand among collectors of Northern Art.

Five of Key's canvases with subjects inspired by the sights and people of his native Salford sold in or around expectations in the September Fine Art Sale here in Nantwich.  Top-seller at £5,500 was this signed 11 x 18in (29 x 46cm) horse-themed oil from 1996, Neck and Neck which came in one of the artist's original hand-painted frames.  Key's colourful Cubist style horse-themed paintings are especially desirable among collectors.

With the work of Key, as with so many Modern British artists, there remains a commercial hierarchy with the imagery of horses and landscapes at the top and still-life paintings and figure groups below.

We currently hold the record for the artist's work at auction here at Peter Wilson's with Seaside Promenade, a large oil from 2001, which took £11,500 in April 2015.

If you have a Geoffrey Key that you are thinking about selling, please contact Stephen Sparrow on 01270 623878 or email stephen@peterwilson.co.uk