Our first ever Fine & Classic Interiors Auction was a great success, with both vendors and buyers enjoying the curation of a specialist, fine antique sale. With a strong attendance to our viewing events and in the room on saleday, fantastic prices were achieved accross a range of departments.

Firstly, our front cover lot was a beautiful and imposing oil painting by Arthur Wasse. Wasse was a Manchester born artist who moved to Germany in 1875 where he studied at the Munich School and refined his romantic style under the great masters Carl Theodor von Piloty (1826-1886) and Wilhelm von Diez (1839-1907). A wonderful scene at an impressive size, this imposing painting entitled 'Sunday Morning' really captured the attention of our bidders and reached a hammer price of £4,700. 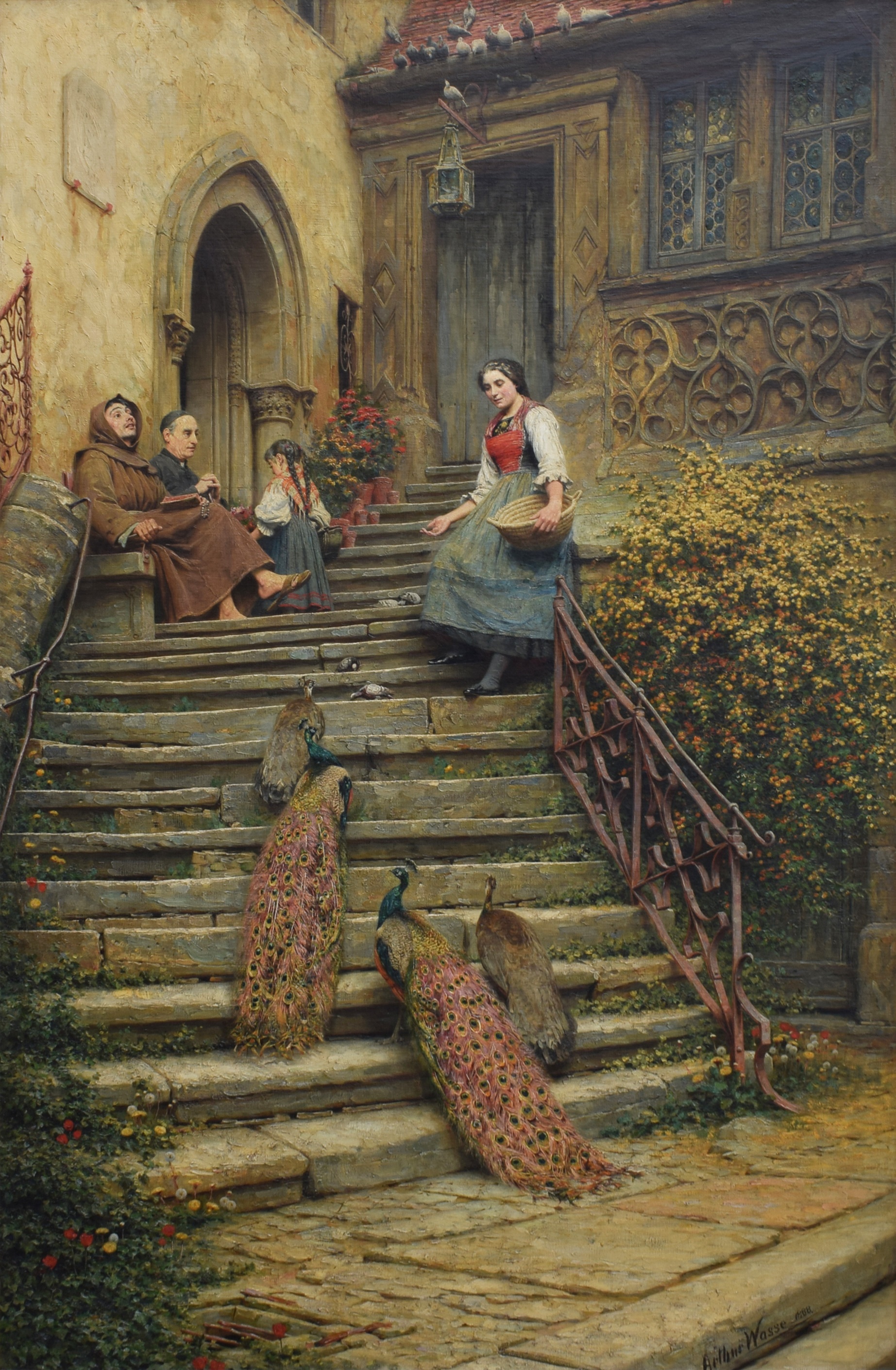 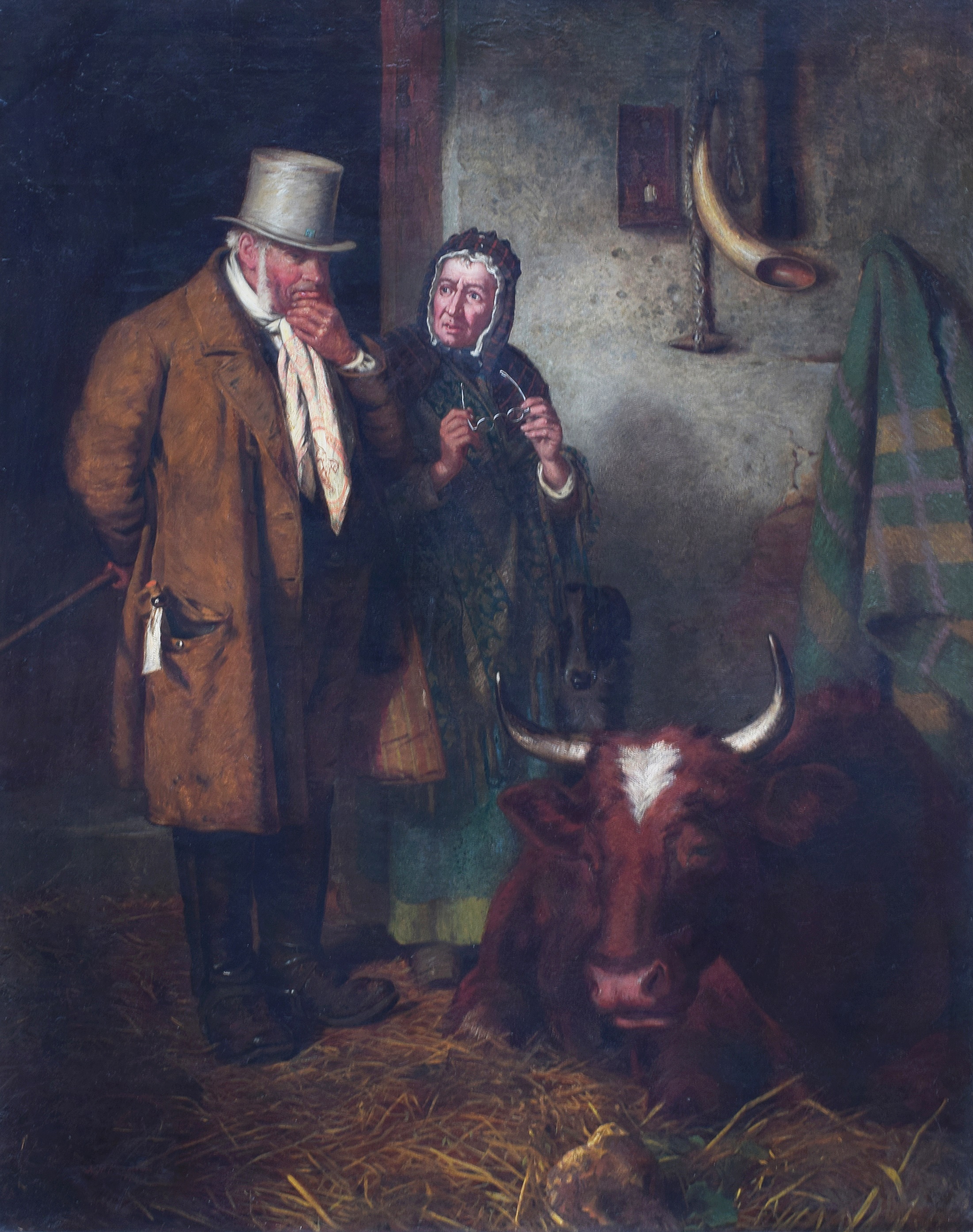 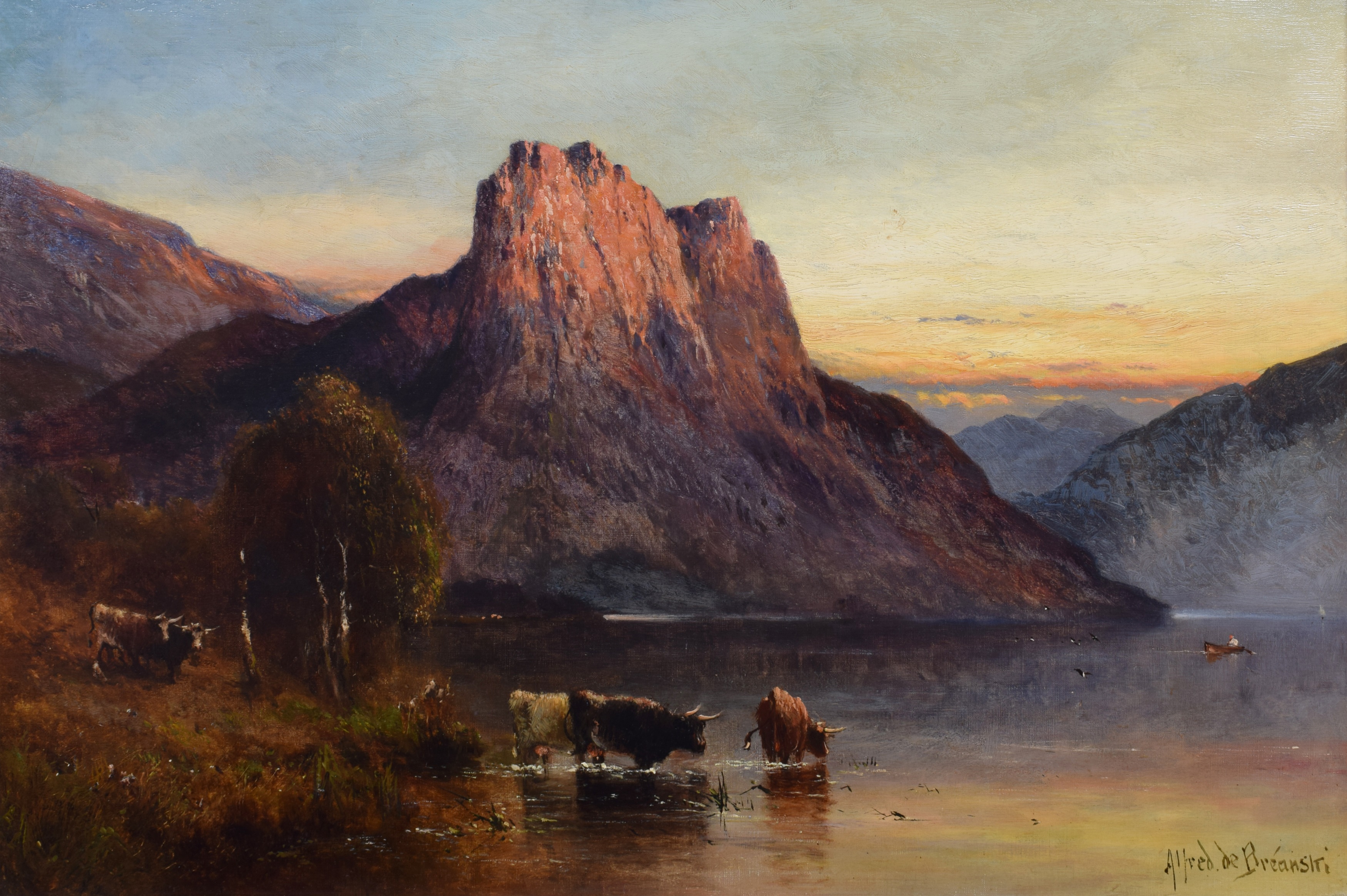 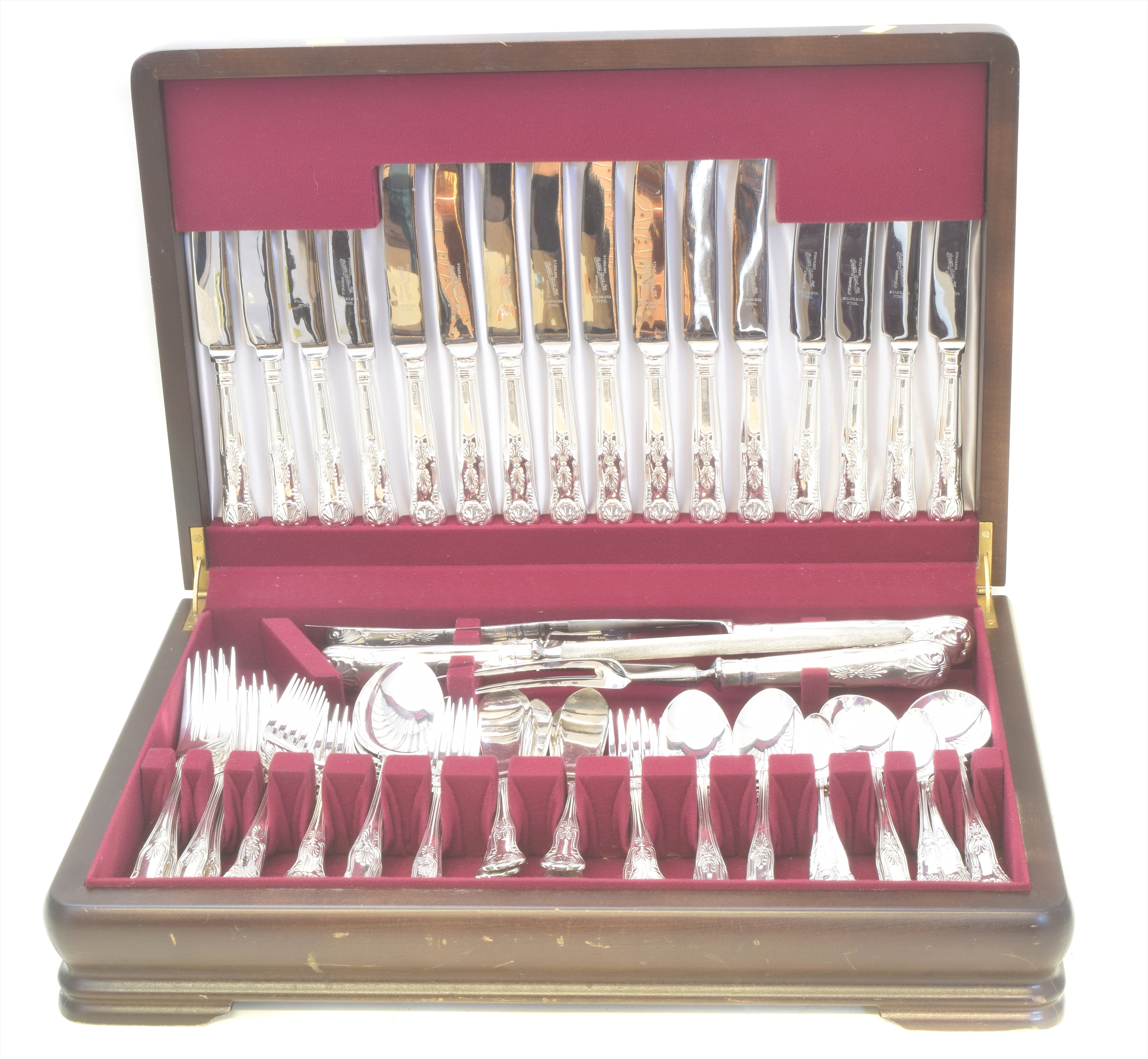 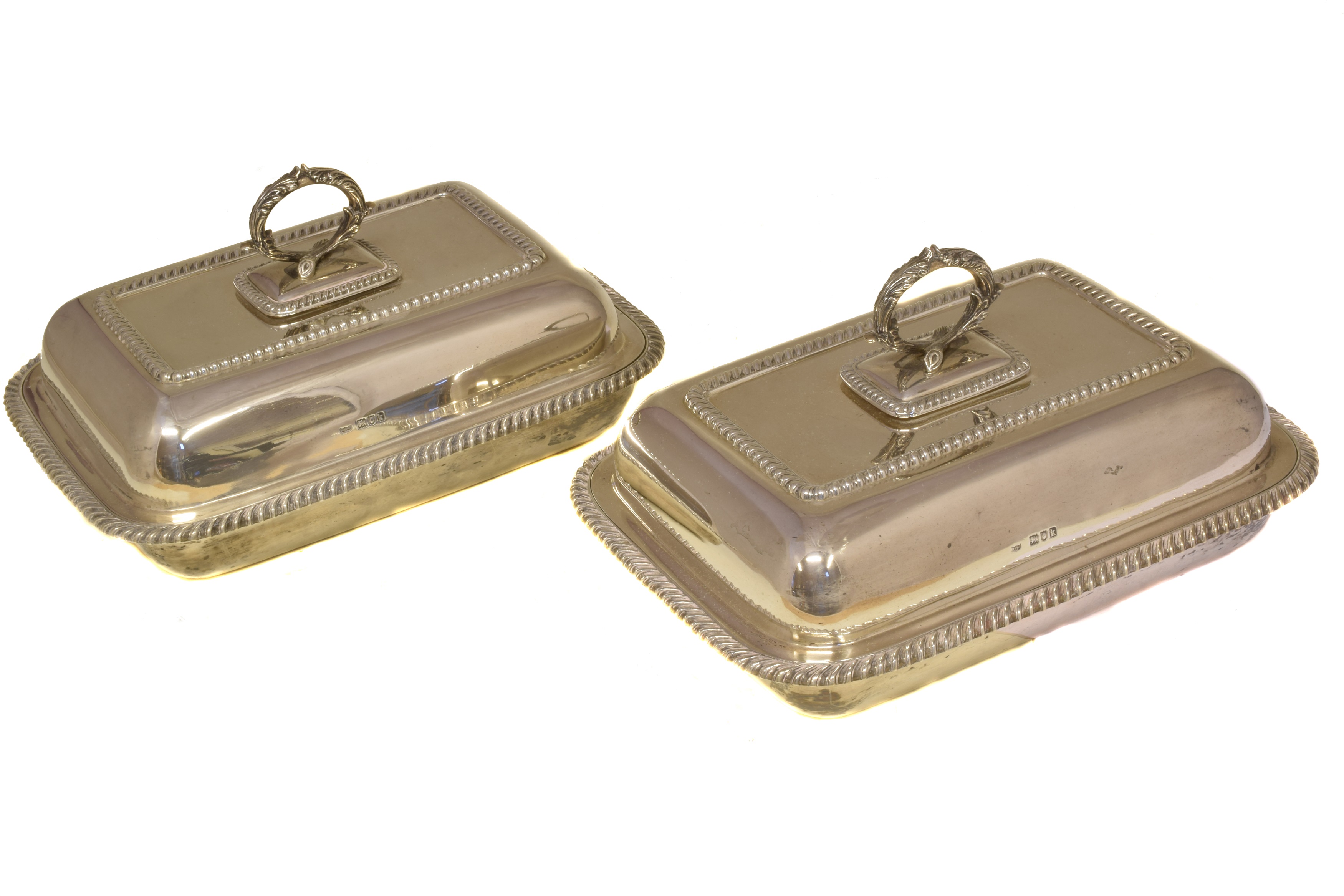 For the ceramics section, a single owner collection of Della Robbia ceramics and Royal Crown Derby lots sold well, but Royal Worcester proved to be the real maker of the moment. An early 20th century Royal Worcester vase depicting as rural scene and signed by H.Davies saw a bidding battle with multiple phonelines and eventually settled at £2,800. 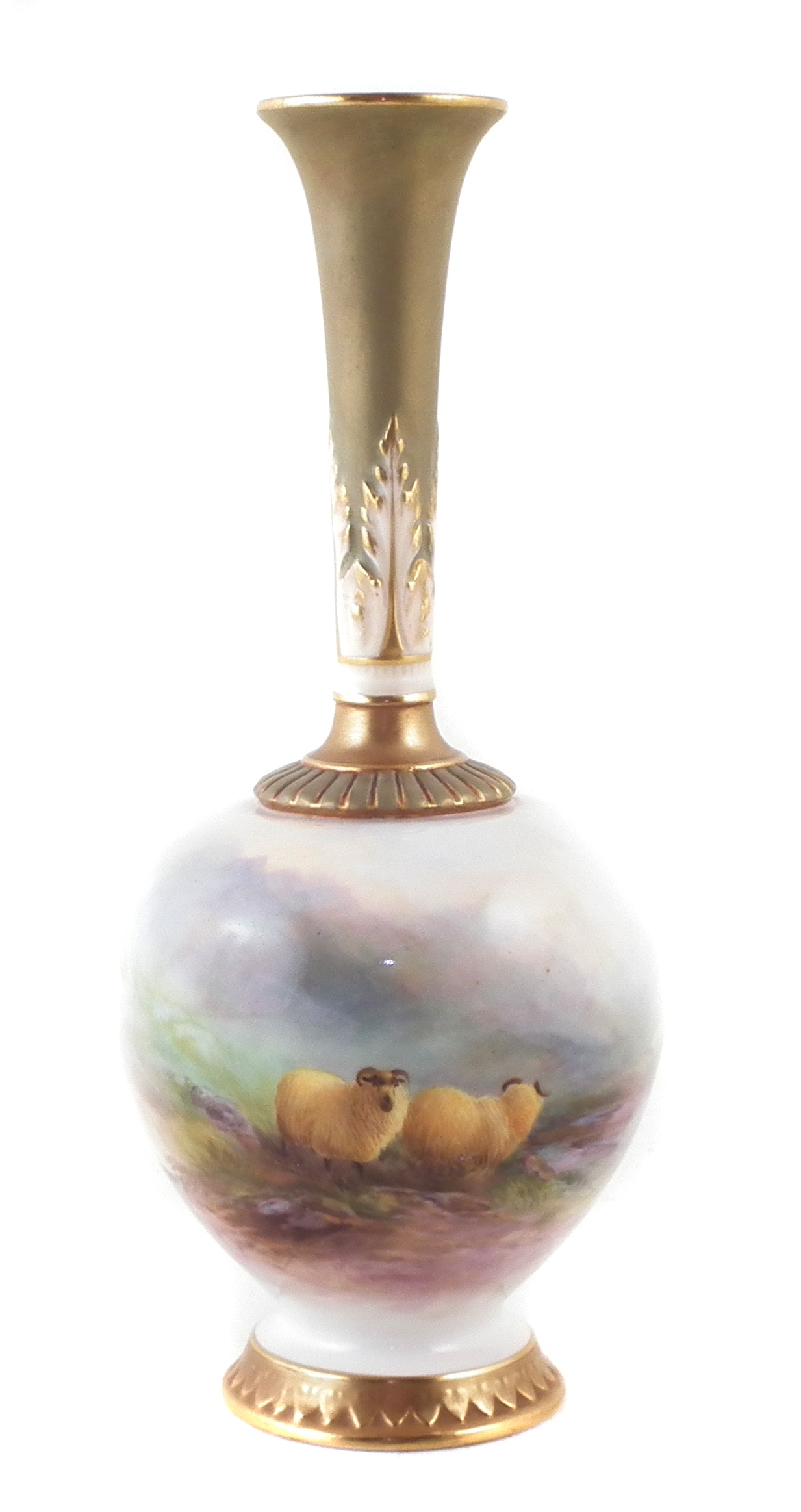 Another rare Royal Worcester piece that attracted the attention of collectors was a breathtaking 'Reticulated' teapot by George Owen. George Owen began his careet in 1859 and soon invented his own piercing technique with his own individual tools, of which he kept a closely guarded secret. These wonderful designs are a relative rarity, with only a handful coming to auction each year. Our sale included both the teapot which sold for £2,700 as well as a cup and saucer set that achieved £1,000. 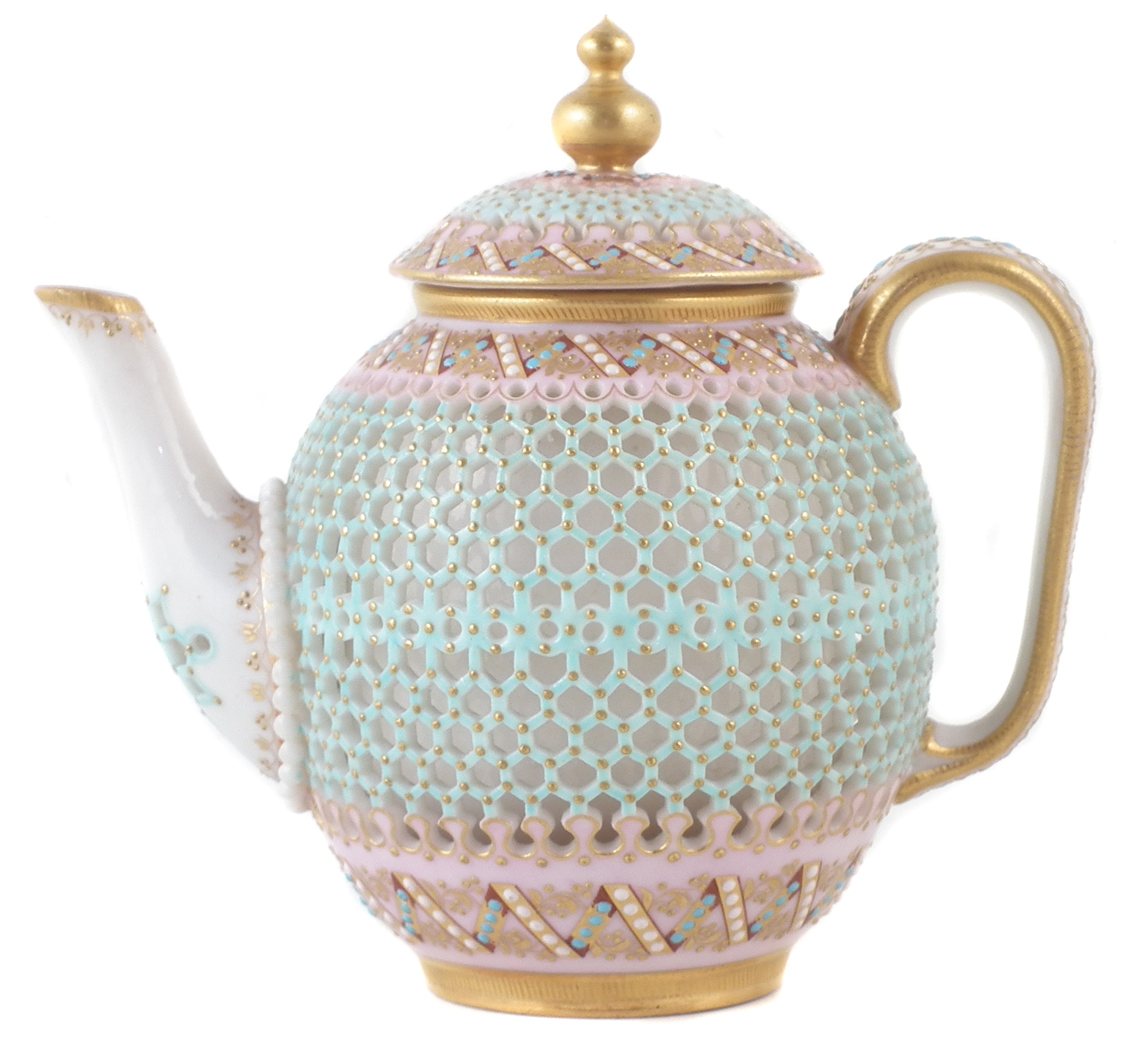 The top selling collectables lot was a fascinating monocular brass microscope by Powell & Leyland, complete with original box and various accessories to include eye pieces. In fantastic condition, this lot exceeded its estimate and achieved a hammer price of £2,400. 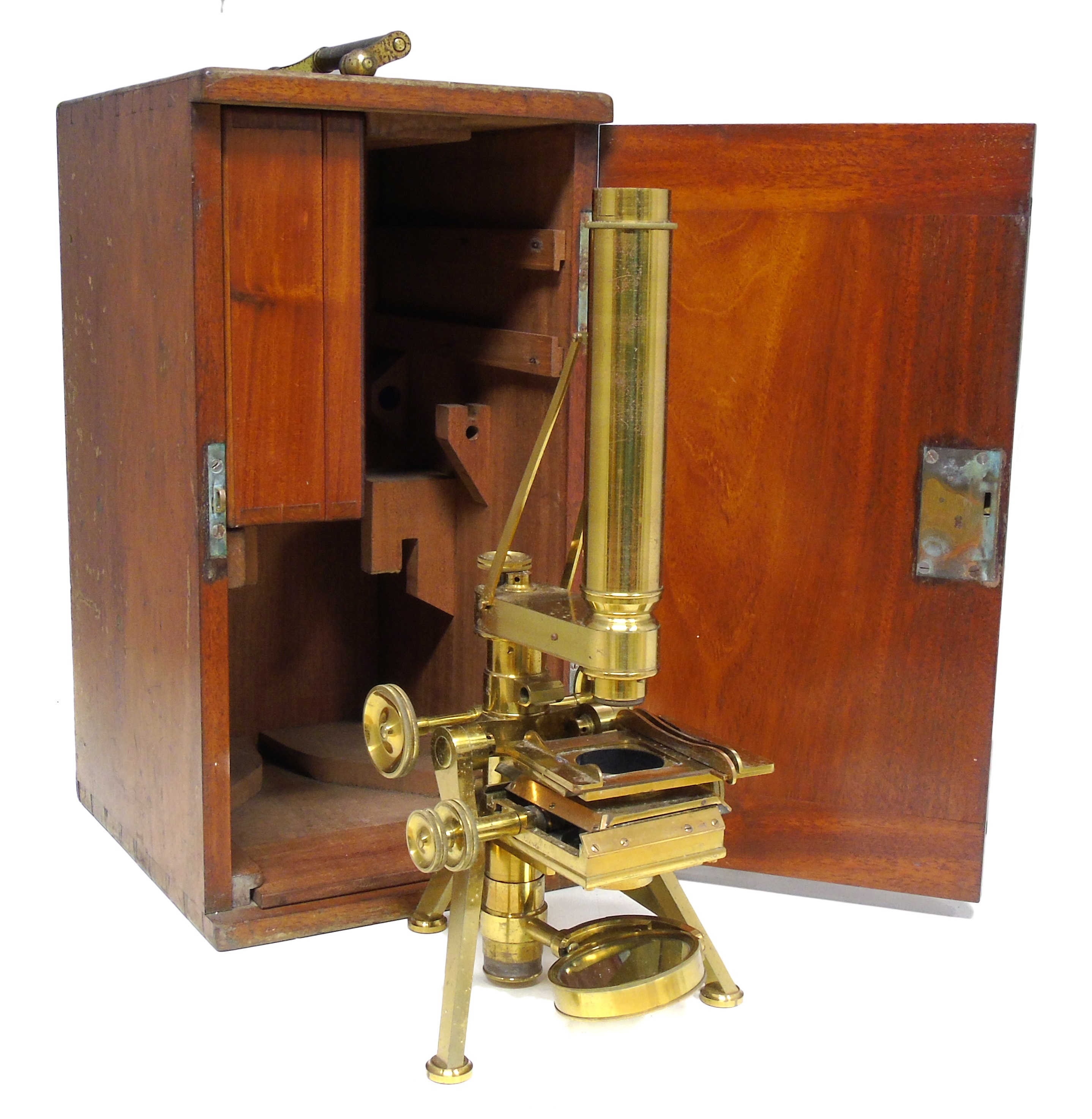 A selection of bronzes, consigned from local vendors throughout Cheshire bought fantastic prices and looked fantastic in our viewing events. An imposing 19th century French bronze sculpture standing at a metre high sold for £2,300, whilst a pair of equestrian bronzes by J. Willisgood sold for £1,100. 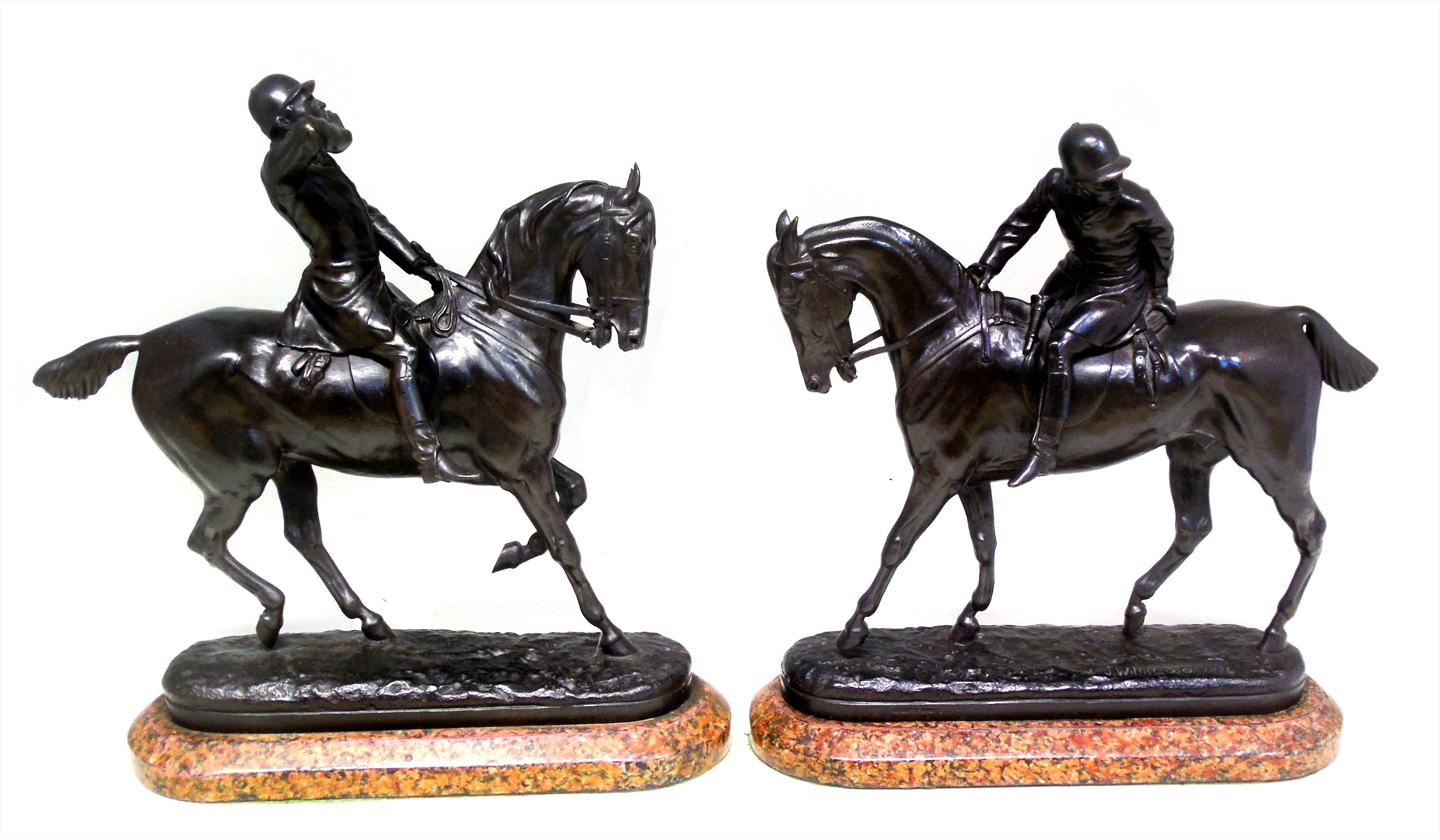 A pair of bronze figures, each cast in the form of a figure sitting on a horse, one hollering, the other listening, oval bases signed J. Willisgood, 1874, height 28cm (11"), each bronze supported on pink granite plinths. Sold for £1,100.

Of all the sections in our Fine & Classic Interiors Sale, the furniture was the last of the day and also arguably the most exciting! Brilliant prices for brown traditional furniture were achieved and shows the advantages of selling these pieces through specialist sales such as our own. A collection of eight 19h century Windsor chairs by Prior, in varying conditions, excelled their auction estimate and sold to a collector on the phone for £1,800. 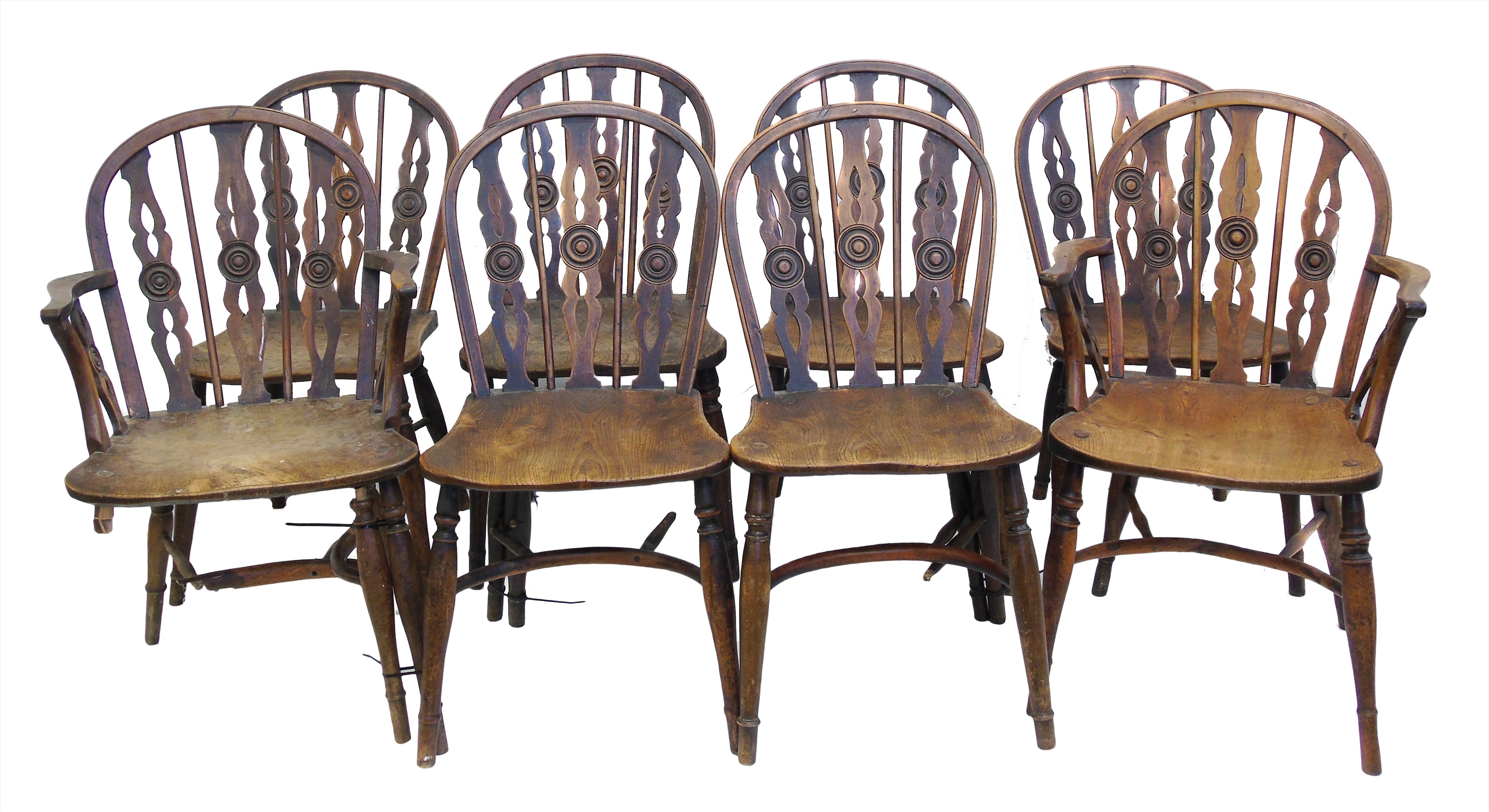 Eight 19th century Windsor chairs by Prior, comprising six single and two open arm carvers, each chair with typical three-splat back with bullseye turnings to centre of each, yew frame, ash saddle seat with scribed edge, crinoline stretchers. Sold for £1,800.

Similarly, a fantastic oak and mahogany veneered housekeeper's cupboard dating from the early 19th century attracted a lot of interest at our viewing events, and sold to one lucky bidder for £1,500. Our buyers were absolutely thrilled, and fully embraced the challenge of transporting this massive piece of furniture back to their home to be cherished for years to come. 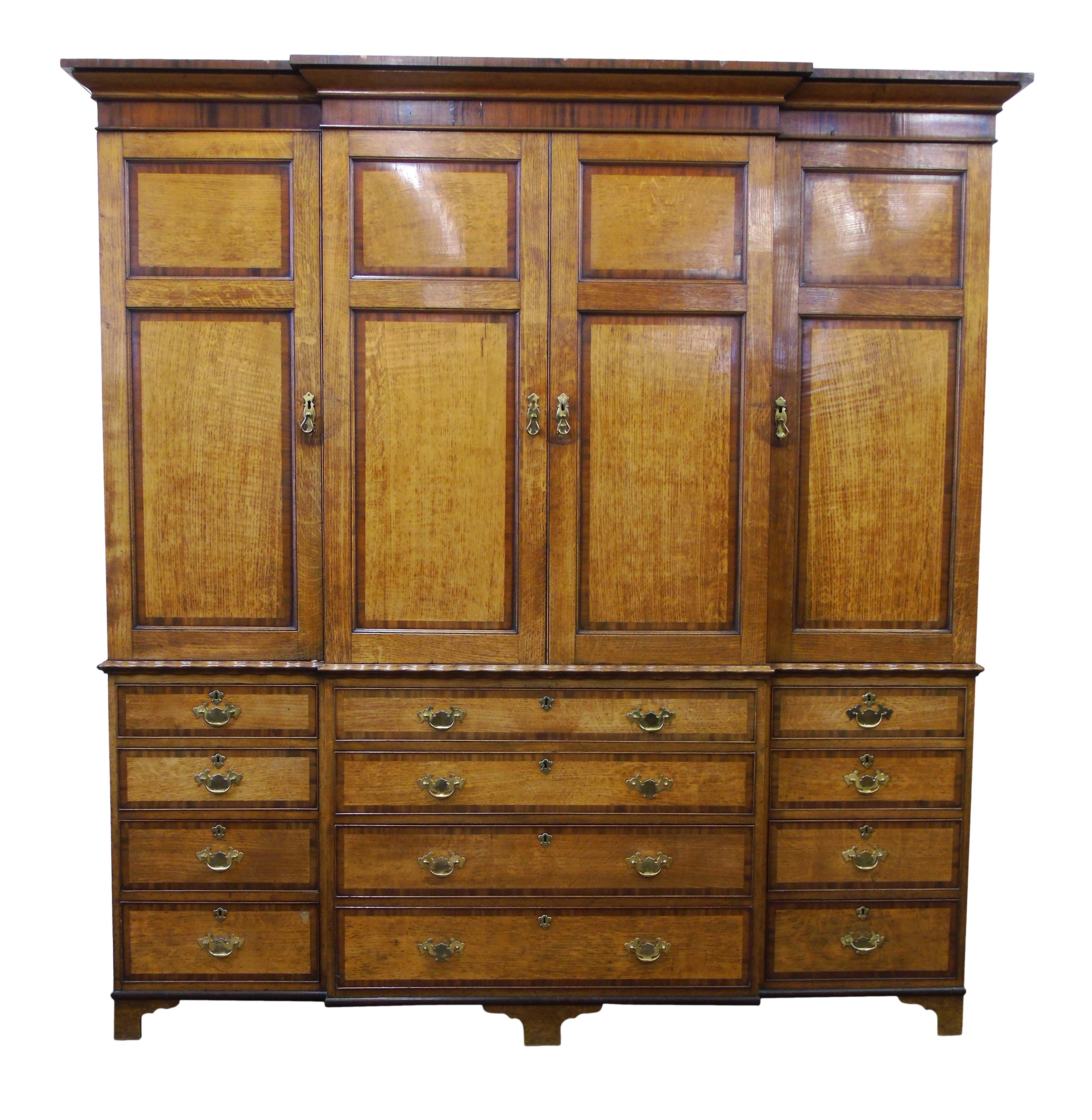 Finally, a clock with a real local interest saw off a lot of bidding in the room and finally settled at £1,600. This longcase clock by Nantwich clockmaker Thomas Birchall featured a wonderful brass dial complete with rolling moon accent and of course that wonderful Nantwich provenance!

For a full listing of results for all of the lots in this sale, click here. We are currently accepting entries for our next Fine & Classic Interiors Auction, and accepting online valuation requests. Email auctions@peterwilson.co.uk for further information.