Peter Brook was born in Scholes, West Yorkshire in the winter of 1927 to farmer parents.  He was educated at Goldsmith's College where he studied to become a teacher while he attended evening drawing classes and visited art galleries.  He returned to West Yorkshire where he worked as a teacher, first at Rastrick and then Sowerby.  He married his wife Molly in 1950. 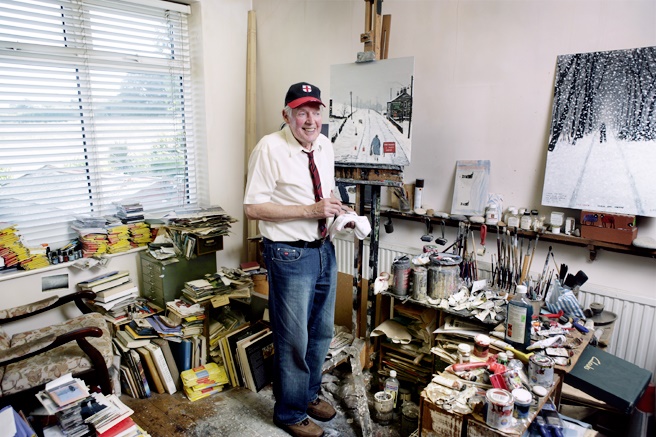 Peter Brook painted rural landscapes, farmhouses and scenes from different facets of British life.  He was elected to the Royal Society of British Artists in 1962.  Peter Brook’s paintings are instantly recognisable and often feature the bleak moorland landscapes of the Pennines, Yorkshire and Scotland with his trademark man and dog motifs, together with the occasional wandering sheep.  Peter had a succession of dogs, all border collies - there was Bob, Tip, Tess and Shep, his last, who is often seen in his paintings, with those unique chevron markings on his back. 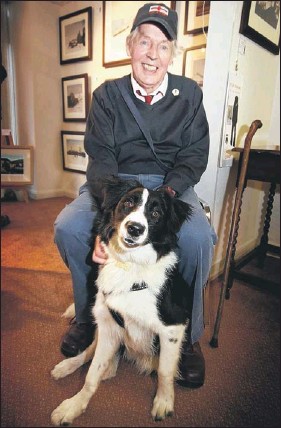 In our forthcoming Northern Art Sale on the 1st October we have some stunning examples of the work of Peter Brook, all consigned from one private collection.  They cover a wide period of work by the artist and contain within them so many of the essential elements from the artist's repertoire.  In “Looking for Sheep by Some Ruins” (the earliest of the artist’s works in this sale) we have many of the sought-after elements of snow, inquisitive sheep and the artist with his dog.  The inclusion of the abandoned farmhouse is a reference to the artist’s concerns about the disintegrating agricultural economy of the Pennines. 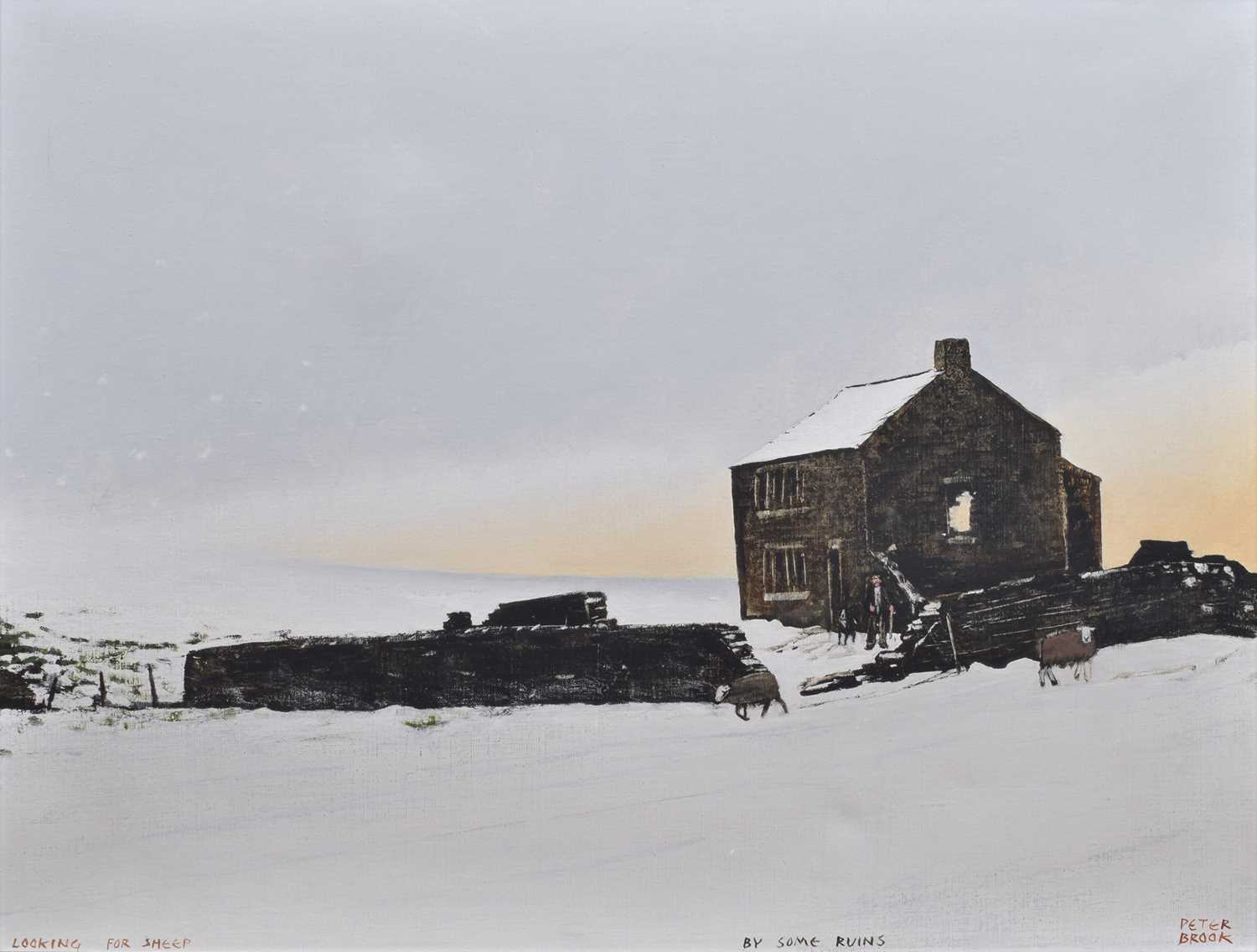 In “Pennine Way, Evening Light” we see the characteristic pink sky, so beautifully captured by the artist together with the requisite inquisitive sheep all drawing the viewer’s eye to the artist and his dog as they cross their beloved moors. 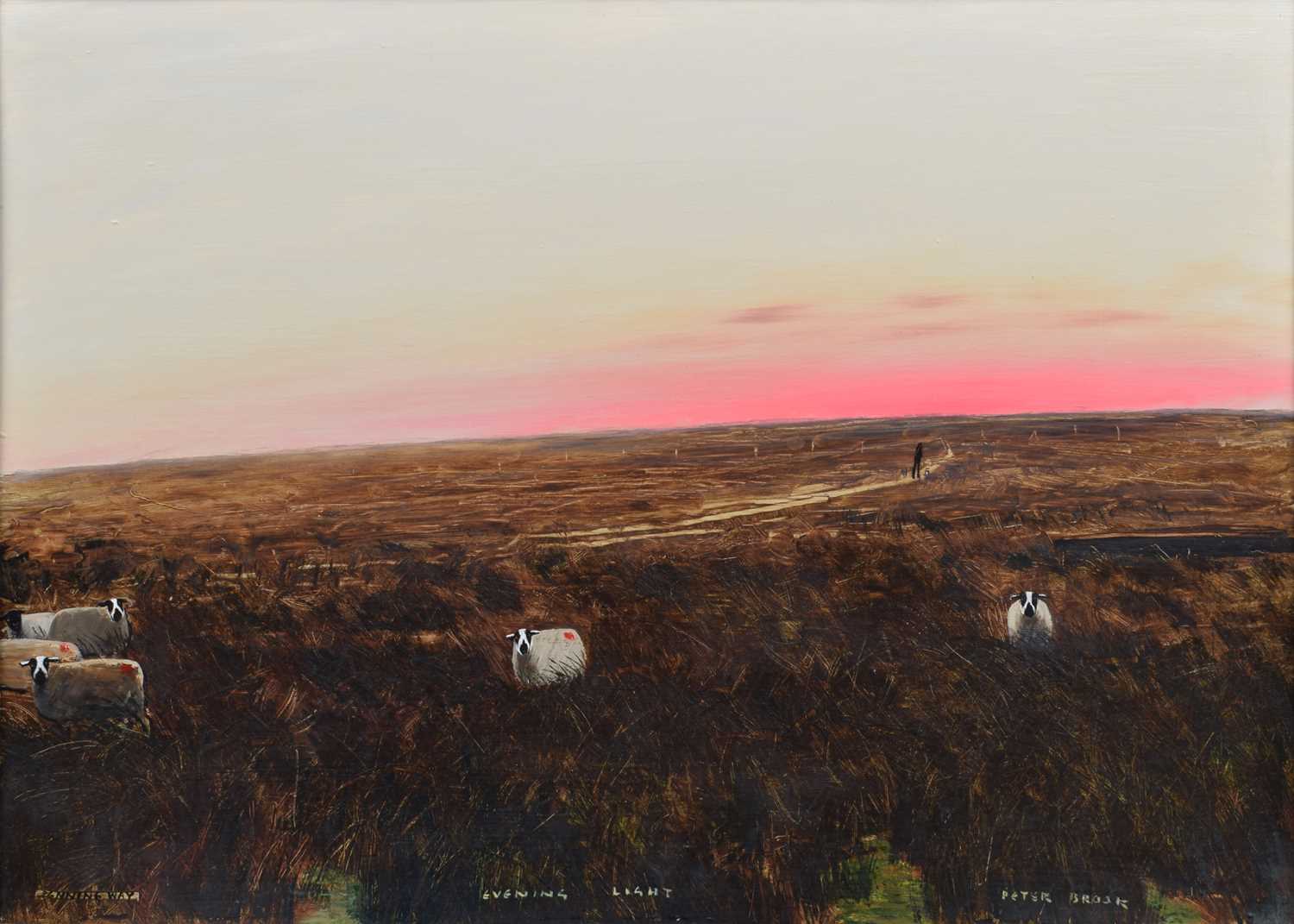 “Waiting for a Break” is another masterpiece in composition by the artist and draws the viewer’s eye into the painting by the use of a red gate in the foreground, before following the line of the wall past the farmhouse to Peter and Shep, pausing by the tree and then on to the telegraph pole.  The hillside “slant” captured so beautifully in this work is typical of moorland in Yorkshire and Lancashire.

In the final two works by the artist in this sale “Out Early on with the Dog” and “Drawing Outside in Winter on a Rock” we have once again the trademark imagery associated with the artist but captured in such a personal and emotive way.  We witness the closeness between Peter and Shep in each of these images and the captions serve to confirm the status of Shep as the ‘artist’s best friend’ as they take on the seasons and elements together with their beloved Pennine landscape as their backdrop. 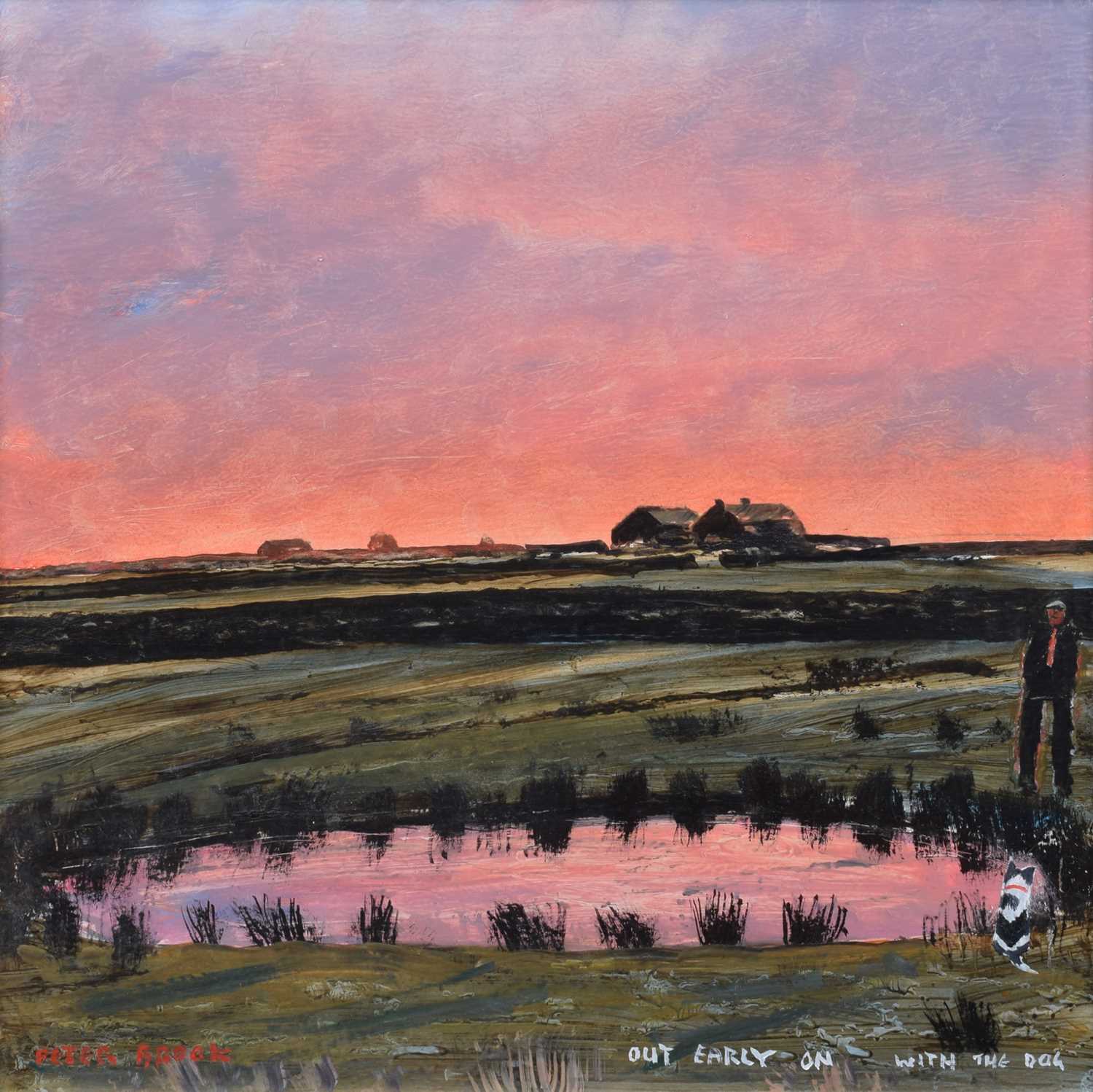 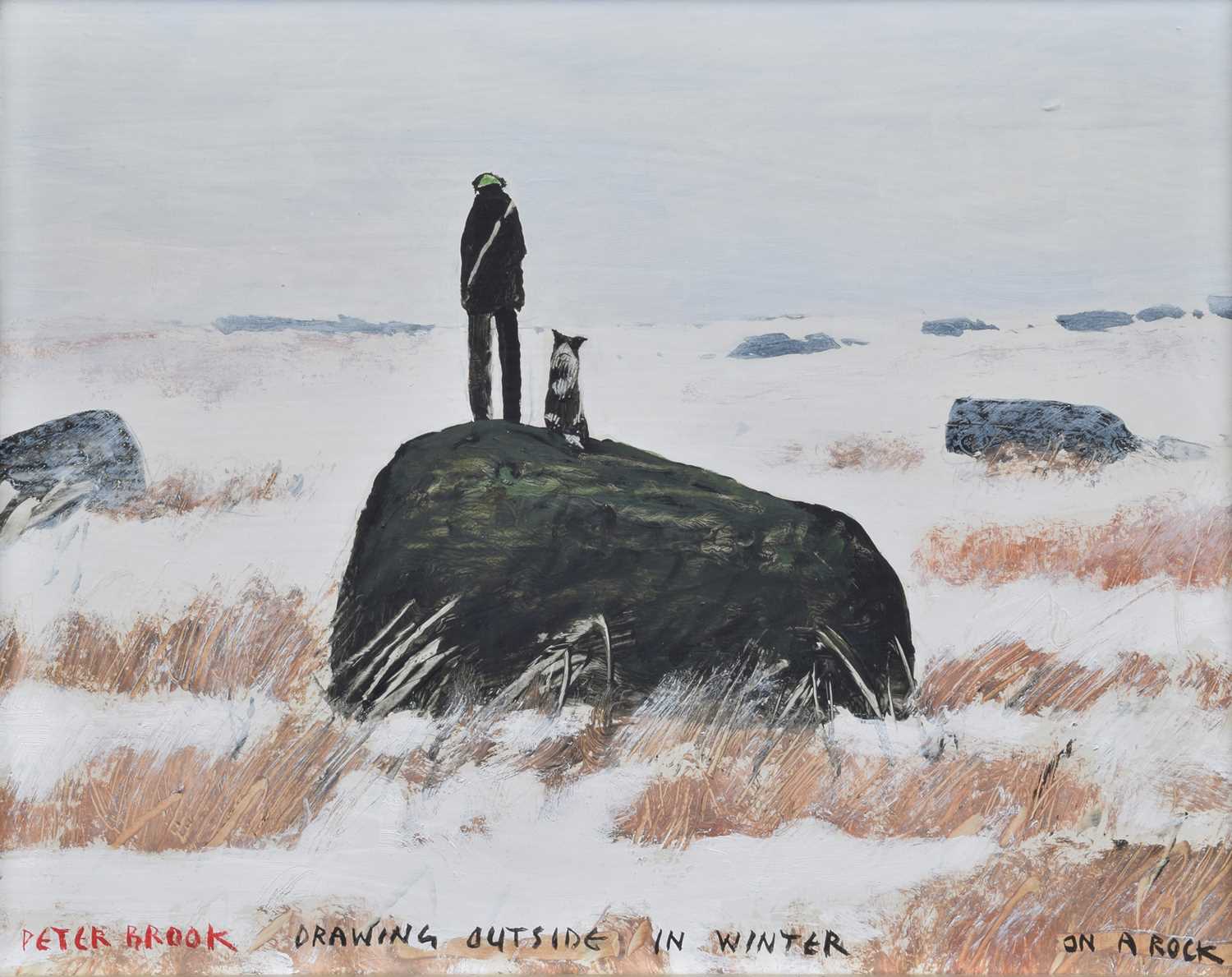 For further information on any of the paintings in our forthcoming sale, or if you have any works by Peter Brook you may be interested in selling or having valued, please contact Stephen Sparrow at stephen@peterwilson.co.uk or 01270 623878. 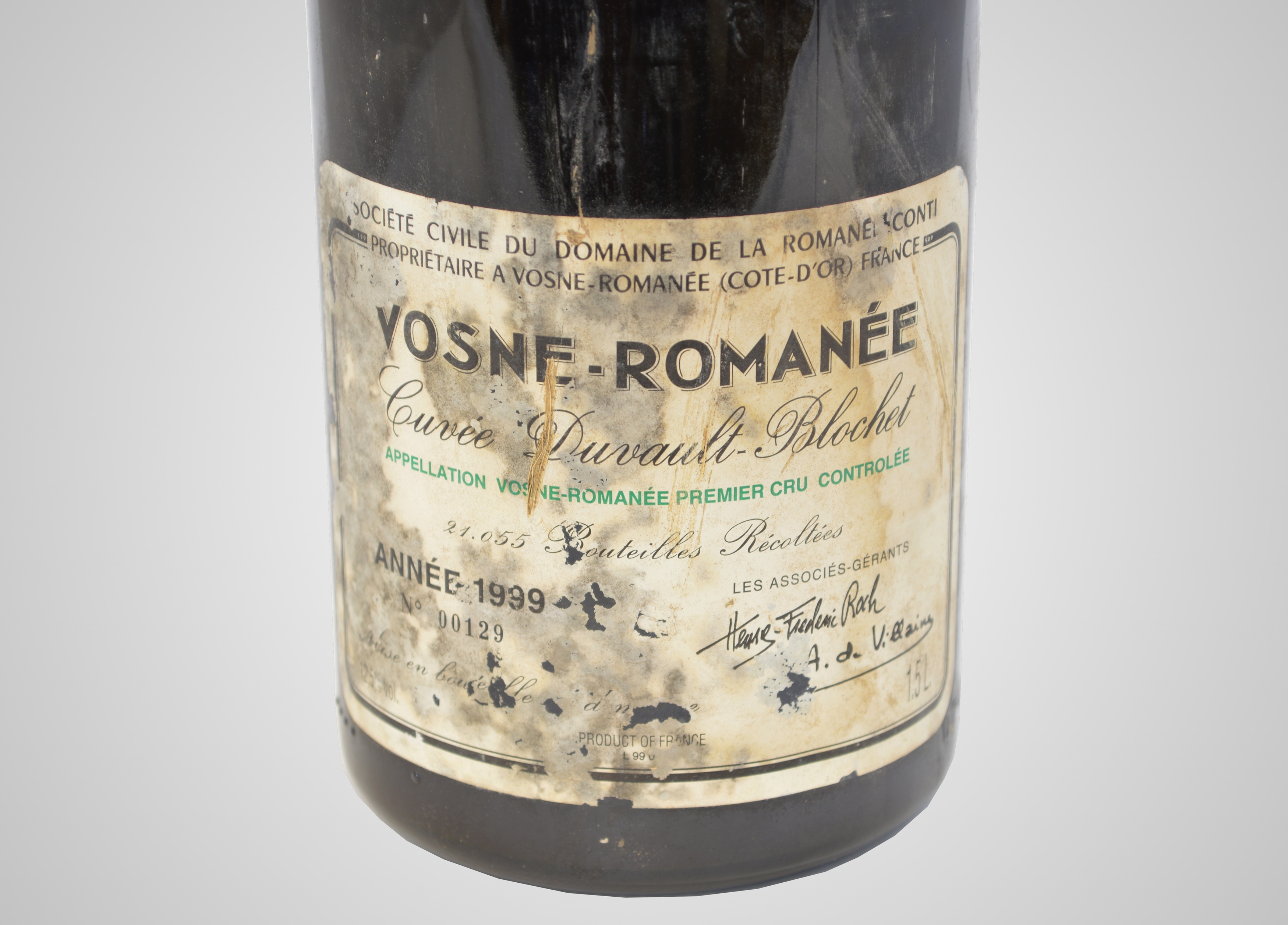