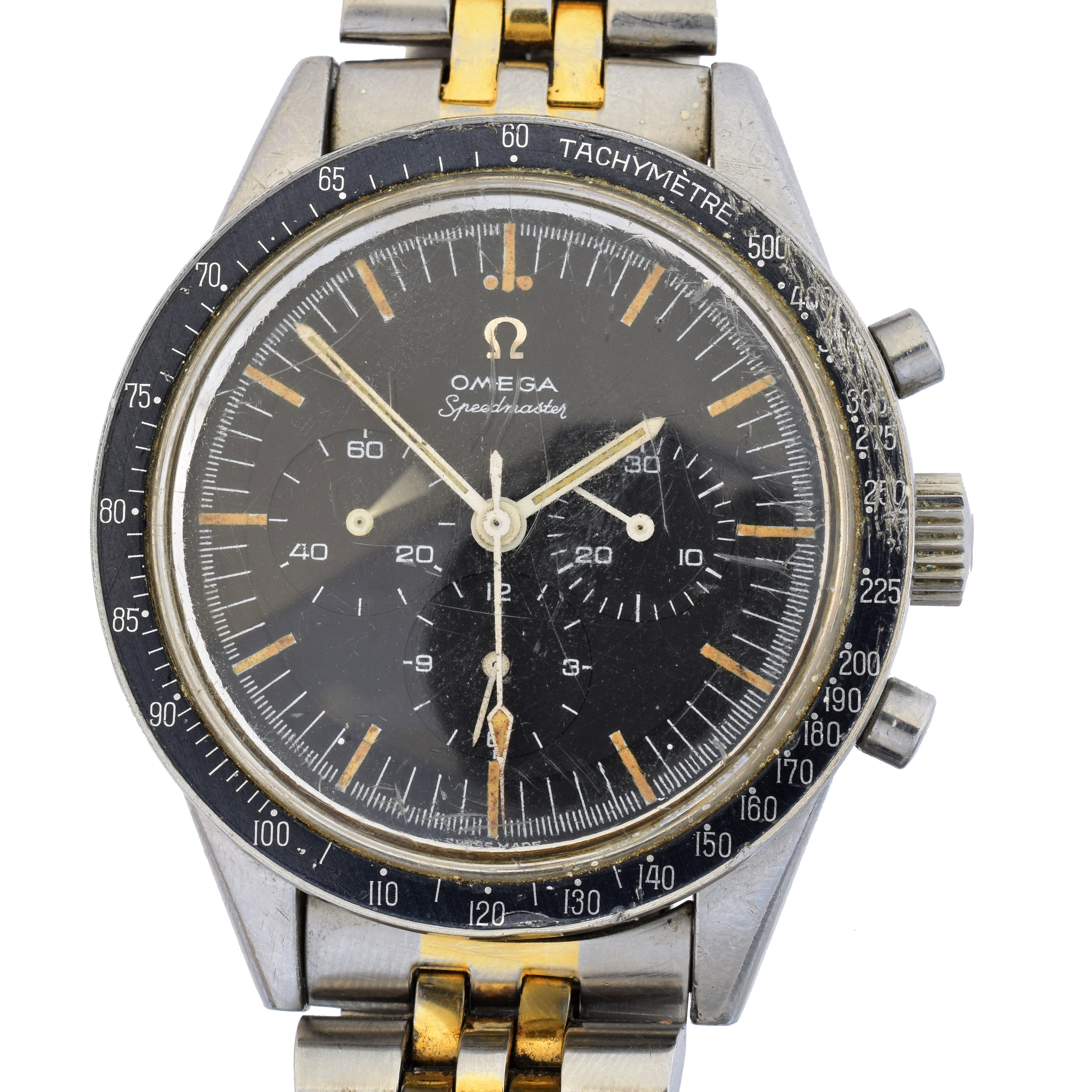 A rare early 1960s Omega Speedmaster wristwatch has been consigned to Wilson 55's September Fine Jewellery & Watches Sale. The Speedmaster was introduced in 1957, and this incredibly early example dates to just five years following its release. Made famous as its status as the 'Moon Watch' following its ascent in 1966 and still retailed today - most recently alongside a Swatch collaboration - this Speedmaster is a truly iconic timepiece and has cemented its place in the history of watch design.

This remarkable 'pre-moon' Omega Speedmaster is incredibly early and retains the original calibre 321 movement that powered the very first Speedmasters. Following the release in 1957, the Speedmaster was updated in 1959 with a second version, CK 2998 and later 2998-2. This was again updated by the reference ST 105.002 in 1962, some examples updating the dial with baton hands as opposed to the previous broad arrow and alpha hands.

This particular piece was inherited by our vendor, who wanted a second opinion from our specialist having been offered £60 for it – we are doubtless that it will far exceed this meagre offer and possibly even the auction estimate. Previous examples of this sought-after model number have sold for $21,000 in 2017 and £39,000 in 2019. Priced to attract attention and reflecting some surface damage to the tachymetre bezel but in smooth working order, we expect this watch will attract international interest from keen Omega collectors. 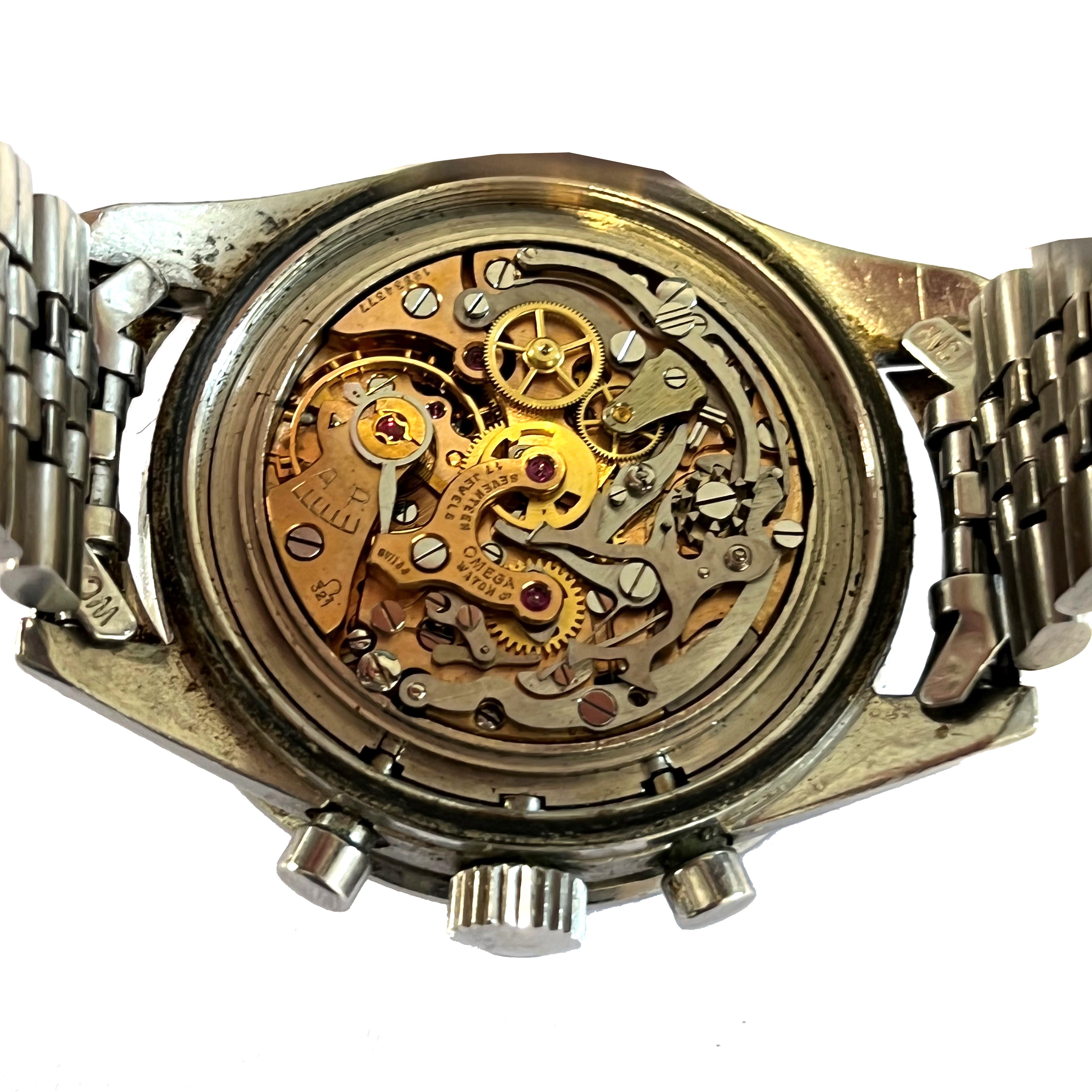