Featuring in our Fine & Classic Interiors Sale was a wonderful portrait miniature by a sensational 19th century artist, Sarah Biffin (1784-1850). An artist with a difficult life that is hard for modern readers to comprehend, her tale highlights the lives of those with disabilities in a time of much less understanding. Her skill, however, is an enduring triumph over adversity, and her beautifully executed works are amongst the most valuable portrait miniatures today.

Lot 46 in our July Fine & Classic Interiors Sale was a portrait miniature by Sarah Biffin depicting a military officer, and was unearthed from a Cheshire estate. A truly fascinating and highly collectable 19th century artist, Sarah Biffin miniatures quite rightly sell well at auction. This particular portrait miniature attracted a huge amount of interest from collectors and the hammer fell at £5,800.

In 2019, a self-portrait of Sarah Biffin sold for £110,000. In this remarkable and record-breaking portrait miniature, Biffin is seen with a paintbrush pinned to the sleeve of her dress. Pictured is another self portrait of the artist, housed in London's Wellcome Collection. 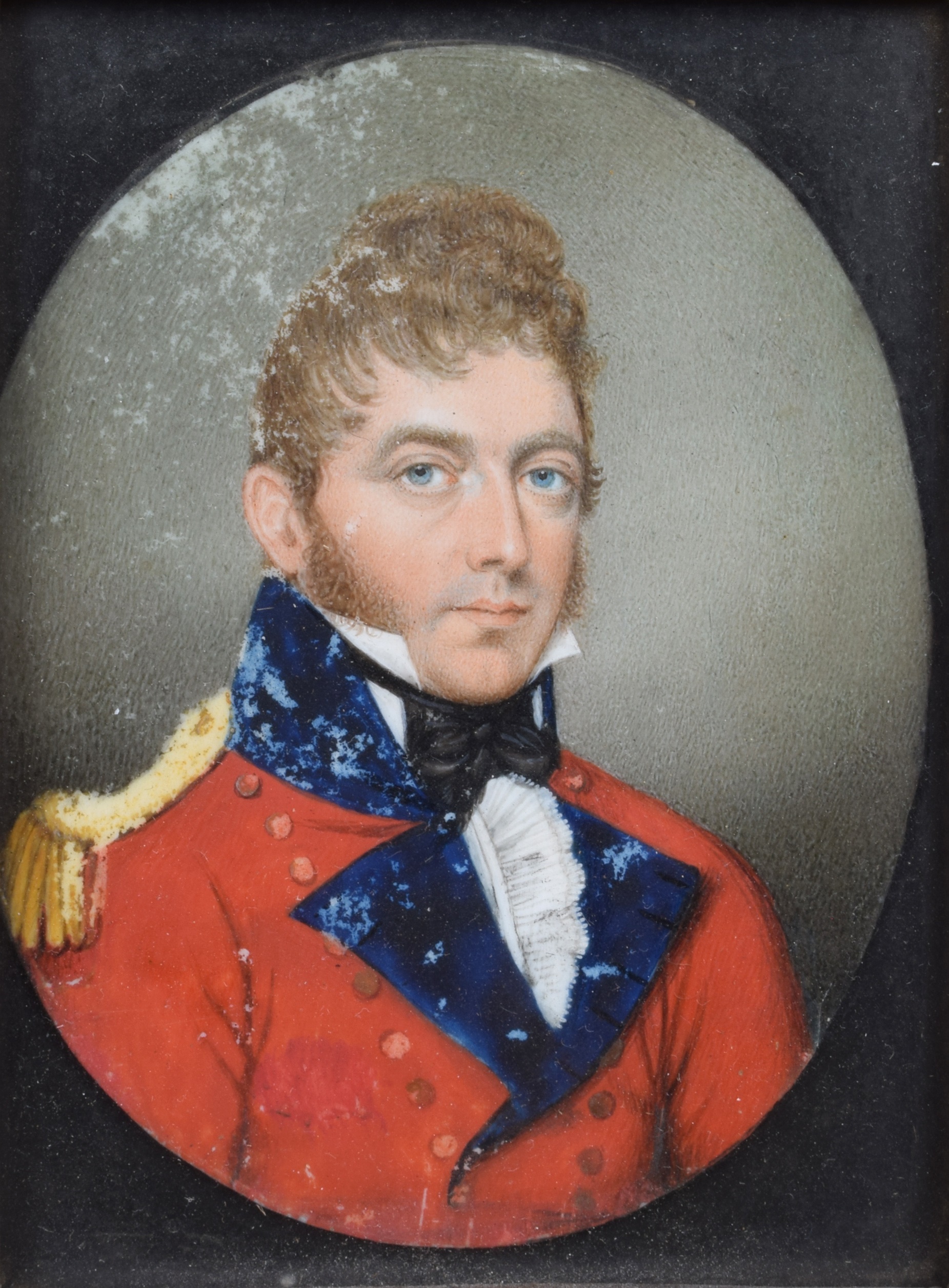 Biffin was born with a condition known as phocomelia, meaning that she had no arms or legs and was 94cm tall. Hailing from Somerset, Biffin taught herself to write, paint and hold scissors using her mouth. When she was thirteen, a travelling showman named Emmanuel Dukes persuaded her parents to tour the country with him. Dukes presented Biffin at fairs across the country as 'an attraction,' billed as 'the limbless wonder,' and paid her £5 a year to paint miniature portraits with her mouth in front of audiences.

It was at St. Bartholomew’s Fair in 1808, that the Earl of Morton paid Miss Biffin a visit. The Earl of Morton was so impressed with her work that he commissioned his own portrait, which he showed to King George III. The king ordered a tutor for her, Morton arranging private lessons for her by the Royal Academy painter, William Craig. 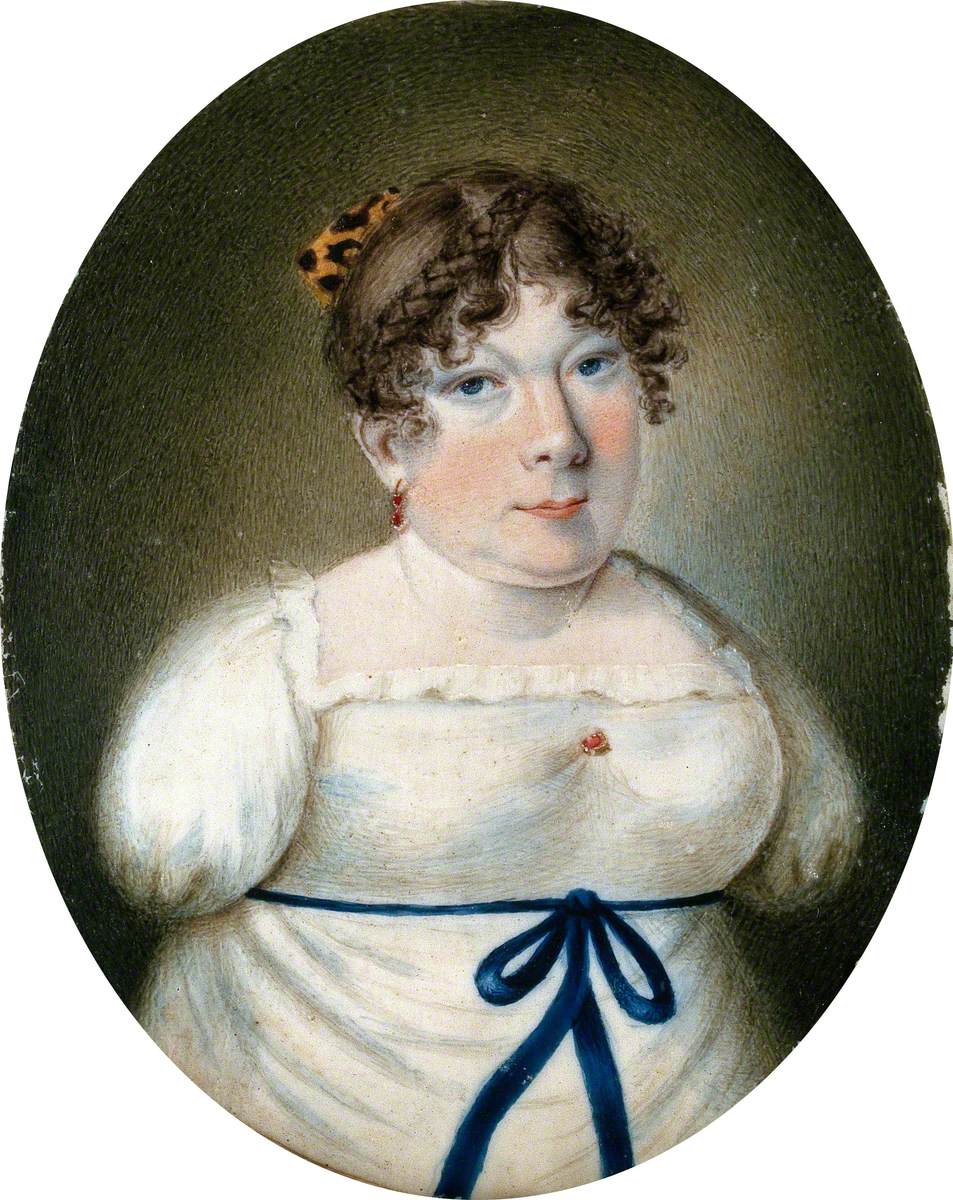 Above: Self portrait of Sarah Biffin in the Wellcome Collection. Credit: Art UK

As her skill was discovered, her popularity grew massively and she was accepted into the Royal Academy, as well as achieving an award by The Society of Artists in 1821. She exhibited at the Royal Academy between 1821 and 1850 under her married name, Sarah Wright. During this time, she was commissioned by high society and the Royal Family to produce their portraits in miniature. She worked for George III, George IV, William IV, the Duke and Duchess of Kent, as well as for Queen Victoria and Prince Albert. An example of her work can be found in the Royal Collection with a portrait of Edward, Duke of Kent.

Her status in 19th century culture was so great that she was even mentioned by Charles Dickens in three of his novels, Little Dorrit, Nicholas Nickleby and Martin Chuzzlewit. After her patron the Earl of Morton passed away, Queen Victoria awarded her a civil pension, and she retired to spend the rest of her days in Liverpool. With portrait miniatures by Sarah Biffin appearing infrequently at auction, and as such fetch exceptional prices at auction, for a valuation of your own collection or for further information contact us via auctions@wilson55.com

To obtain a free auction valuation of your own collection, fill in our online valuation form, or contact our Paintings Specialist Stephen Sparrow via stephen.sparrow@wilson55.com