We hold four dedicated Northern Art auctions each year featuring the work of Arthur Delaney. We offer a free appraisal service as well as a free collection service for items consigned to these auctions.

Arthur McEvoy Delaney was born in Manchester in 1927. His father, Frank Randle, was a famous comedian performing in the music halls. Arthur’s parents weren’t married, and as a consequence he suffered a difficult childhood. He started work in a textile design studio in Manchester at the age of 13, and remained there all his working life, retiring after 32 years. Arthur started to paint as a hobby, having no formal art training. His great influences were his friend L.S. Lowry and his memories of growing up in Manchester in the 1930s. He had no intention of turning professional, but in 1974 the preview of his one-man show in Manchester sold out within half an hour. He went on to exhibit at the Royal Academy before his death in 1987.

Arthur Delaney remains very popular and collectable. His most commercial works at auction are his views of Manchester and Stockport populated with figures and trams. In many cases these paintings also have the artist’s handwritten memories and recollections of the scene on the back of the paintings. His earlier works which depict such varied subjects as cowboys and cats prove far less saleable at auction. The value of Arthur Delaney’s work varies enormously according to the provenance, media, size and subject matter. Auction prices for this artist can vary from £200 for a charcoal sketch of Manchester up to £8,000 for a finished oil painting. At Peter Wilson’s, our in-house expert Stephen Sparrow has years of experience in assessing and valuing Arthur Delaney paintings, so do get in touch if you’d like to learn more about a piece you own, or discuss a potential sale or valuation. 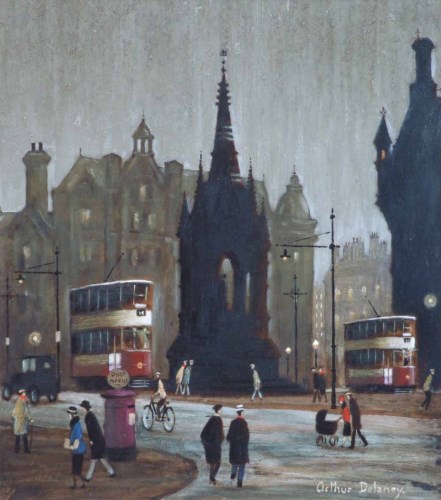 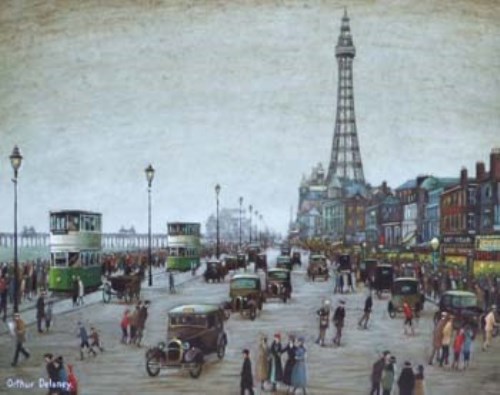 Arthur Delaney, The Golden Mile and The Tower, Blackpool, oil
Sold for £9,760 (Inclusive of Buyer's Premium) 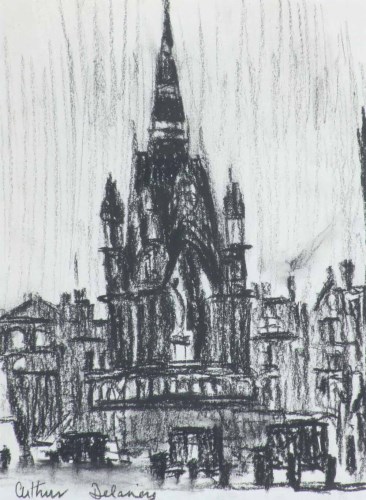 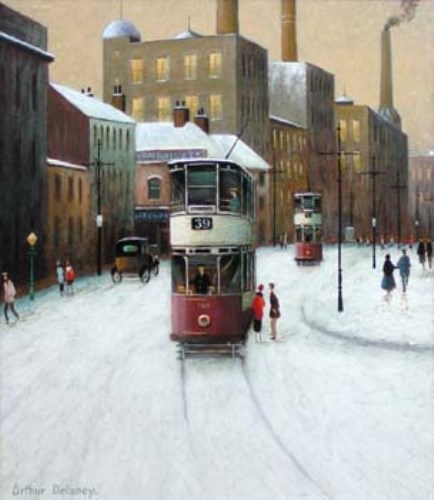 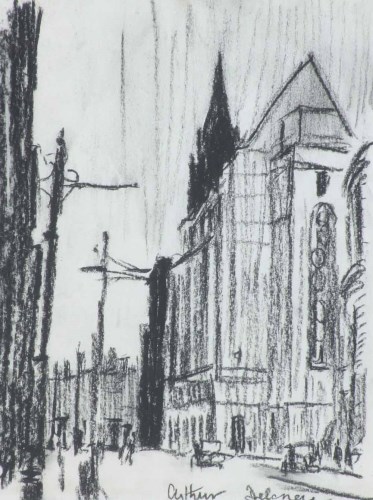 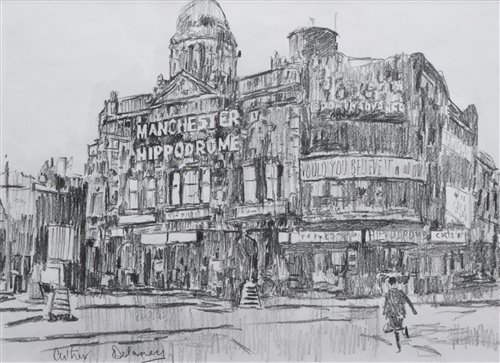 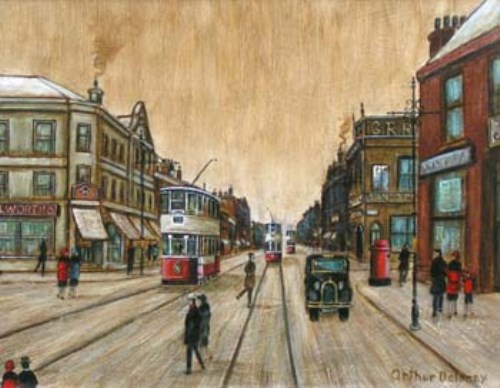 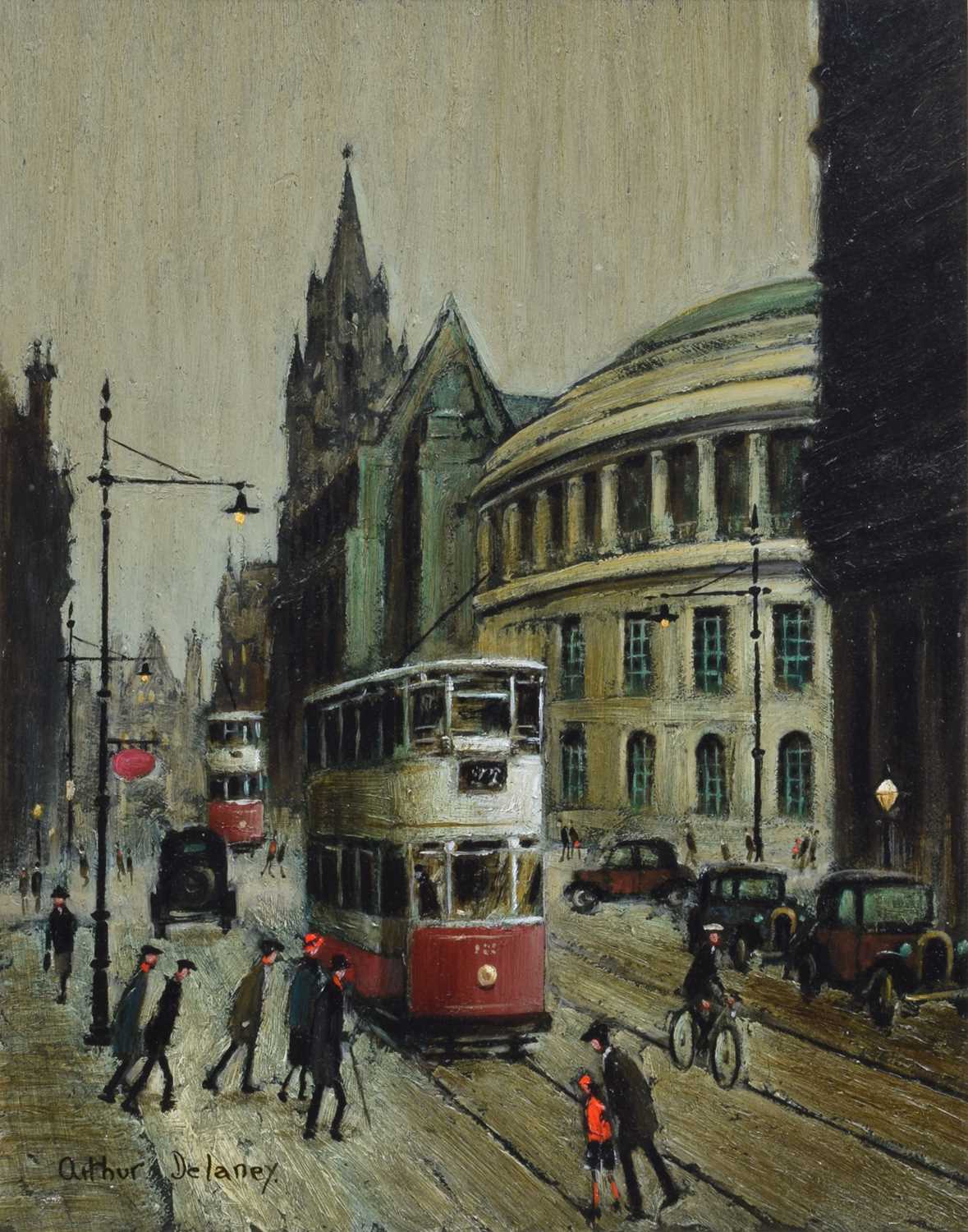 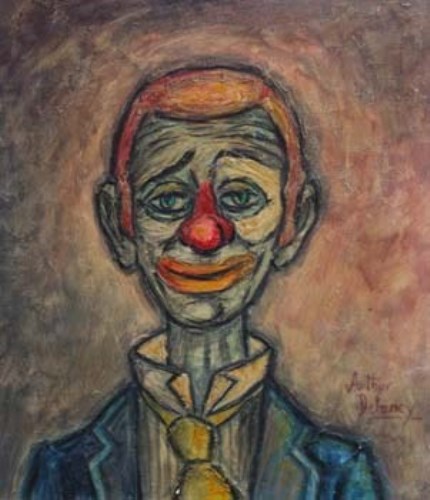 Arthur Delaney, Portrait of a clown, oil
Sold for £915 (Inclusive of Buyer's Premium) 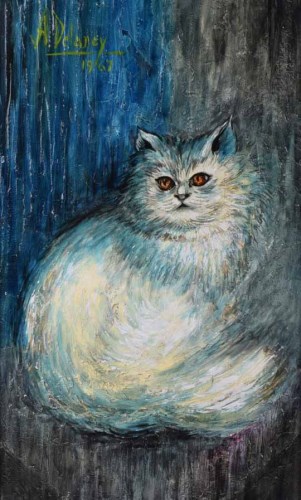 Arthur Delaney, Portrait of a cat, oil.
Sold for £293 (Inclusive of Buyer's Premium) 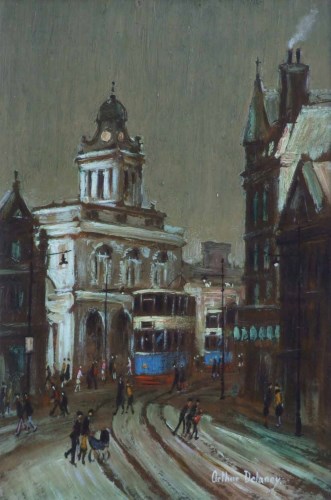 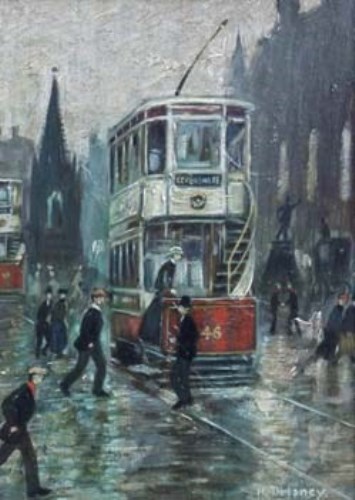 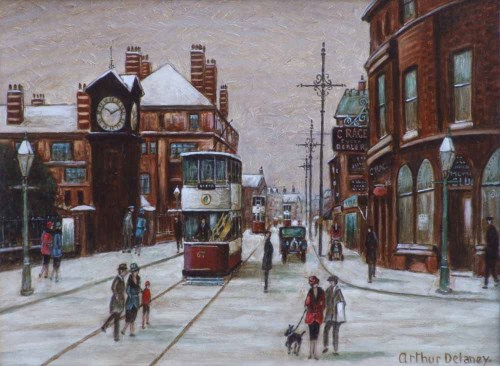 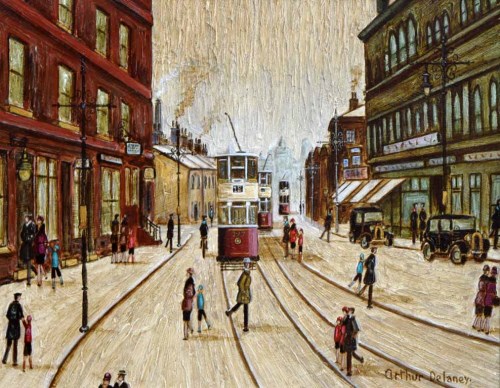 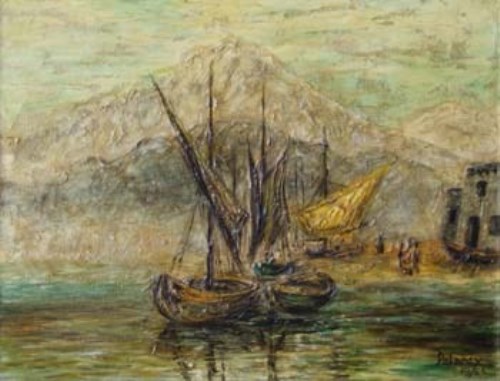 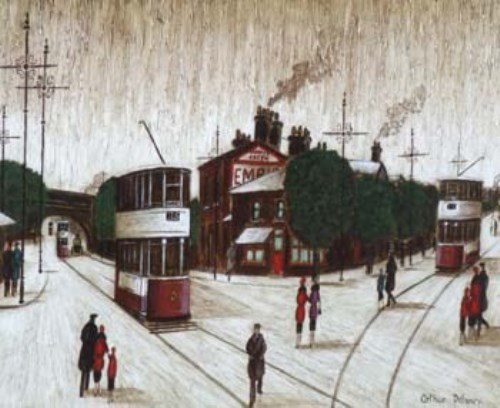 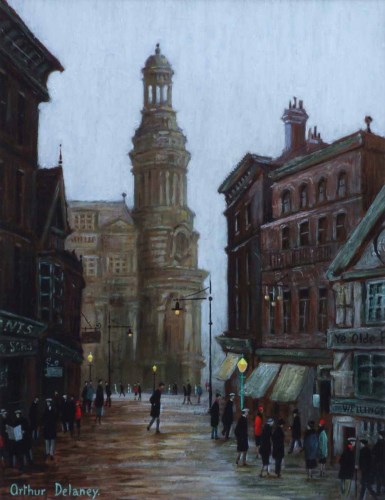 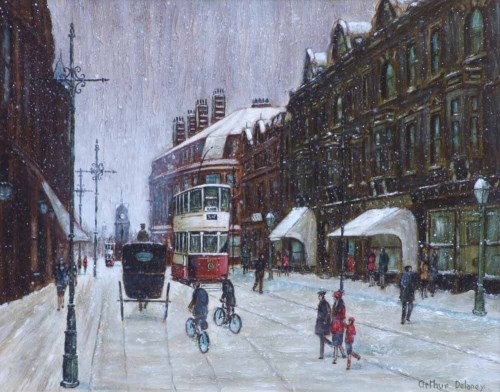 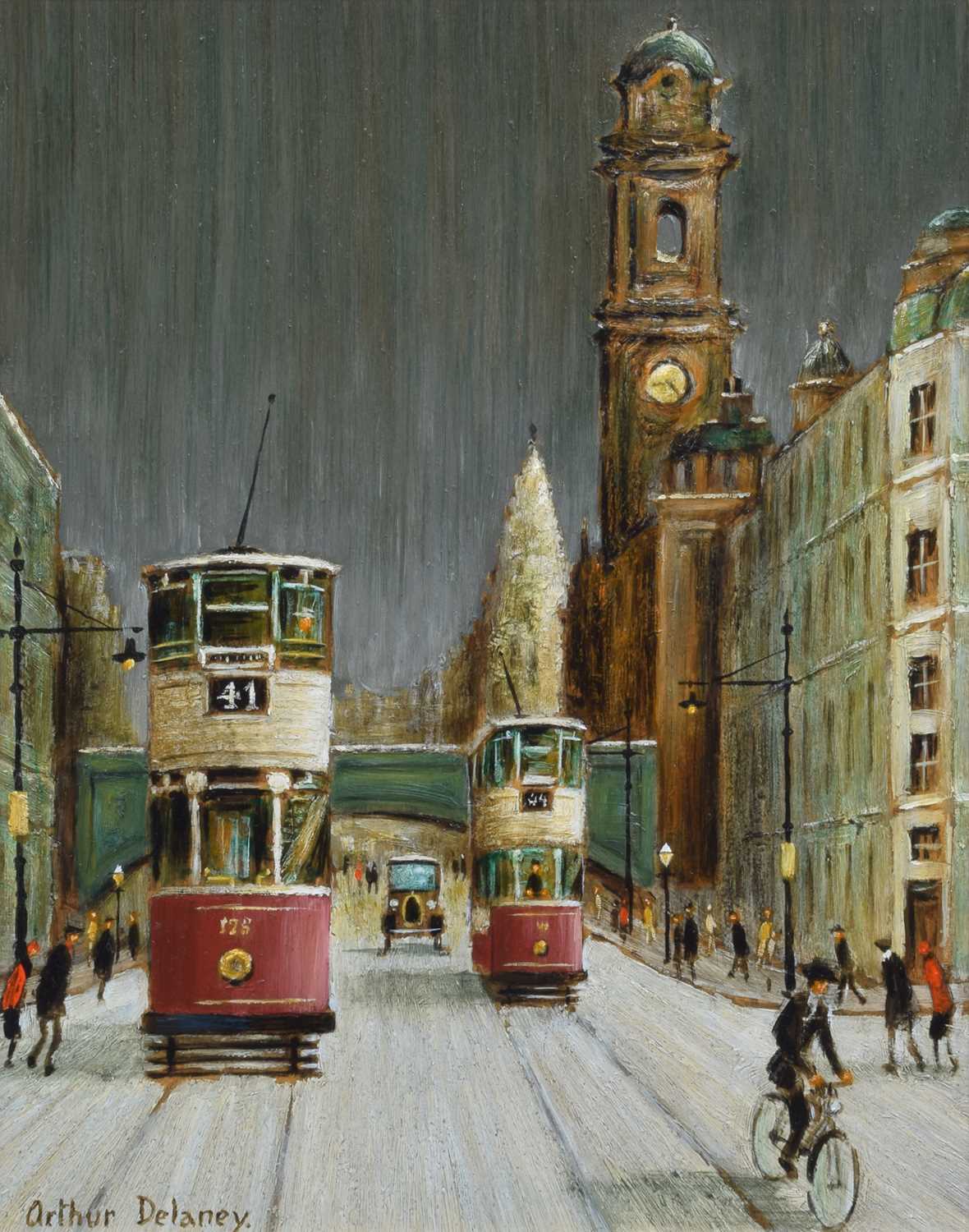 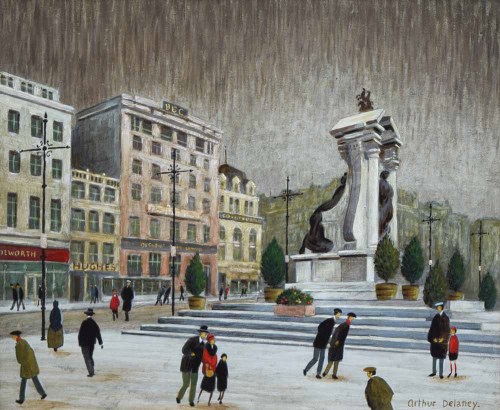