We hold four dedicated Northern Art auctions each year and offer a free appraisal service as well as a free collection service for items consigned to these auctions. The auctions include original works and prints from well-known artists such as Lowry, Geoffrey Key, William Turner, Trevor Grimshaw, Harold Riley plus many other well-known names as well as emerging artists.

Born in the Manchester area in 1943, Peter Stanaway is considered a rising star in the contemporary Northern art world. His work has been widely exhibited, including at Manchester City Art Gallery, Bury, Stockport, Oldham and Salford art galleries and Liverpool Cathedral. He attended the now-closed De La Sale teacher training college followed by Manchester University before becoming taking up a teaching post in Salford. His striking, graphic colour blocks and strong structural compositions were influenced by Keith Vaughan, Fernand Léger and William Roberts, but his work has a regional, Northern flavour as well.

Peter Stanaway’s strong, stylised industrial scenes and landscapes show vivid evidence of his Northern roots, and much of his work depicts the area around Oldham, where until recently he taught art and ceramics at the Hilltop School. He paints mostly with acrylics on board, a medium that lends itself to his bold use of colour and structure. In recent years he’s become extremely collectable and auction prices remain strong. As with all artwork, the value of Peter Stanaway’s work varies a little according to the media, size and subject matter. At Peter Wilson’s, our in-house expert Stephen Sparrow has years of experience in assessing and valuing Peter Stanaway’s paintings, so do get in touch if you’d like to learn more about a piece you own, or discuss a potential sale or valuation. 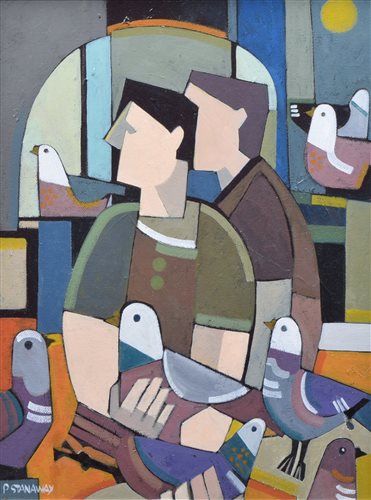 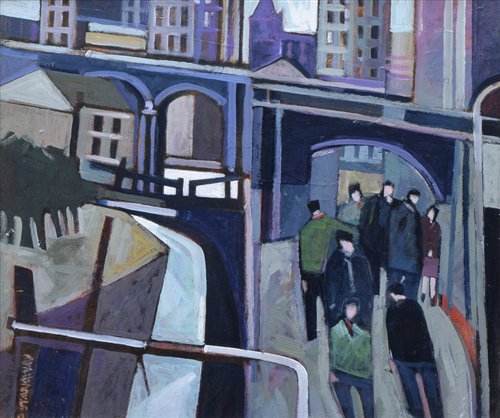 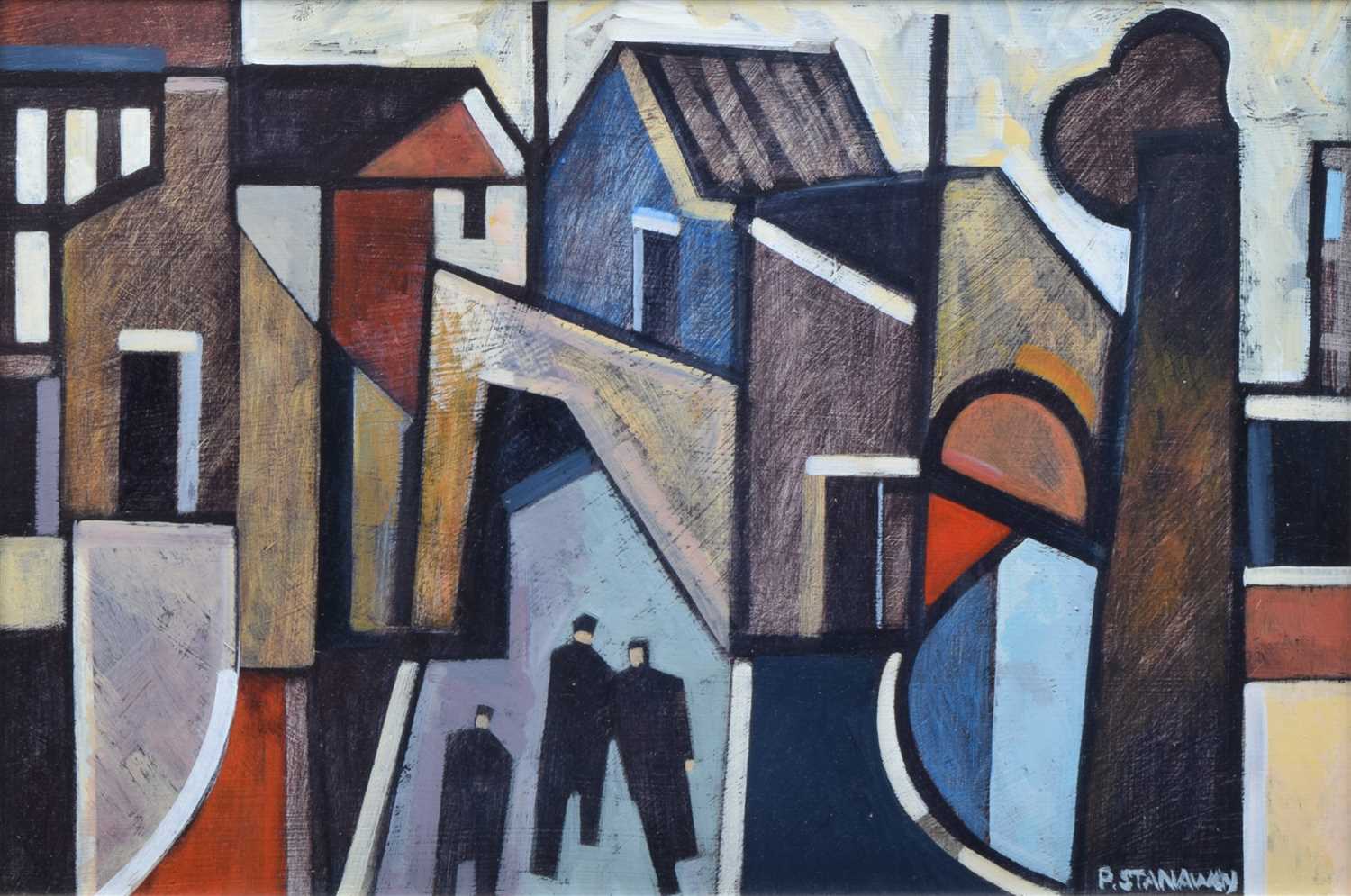 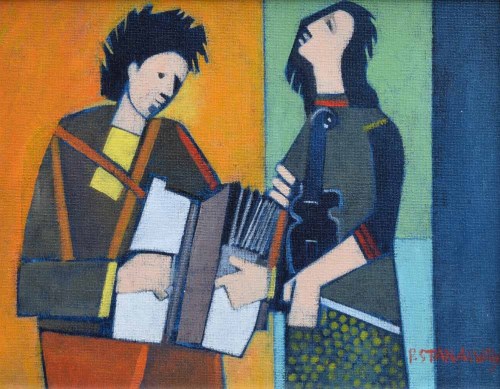 Peter Stanaway, Fine Gal You Are (The Dubliners), oil.
Sold for £160 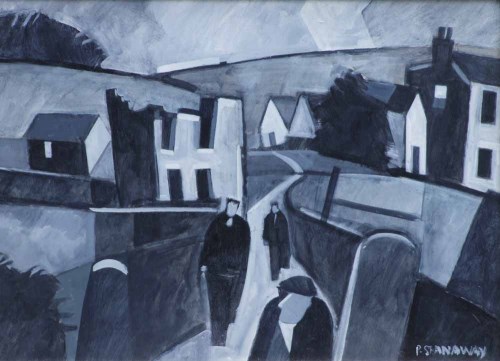 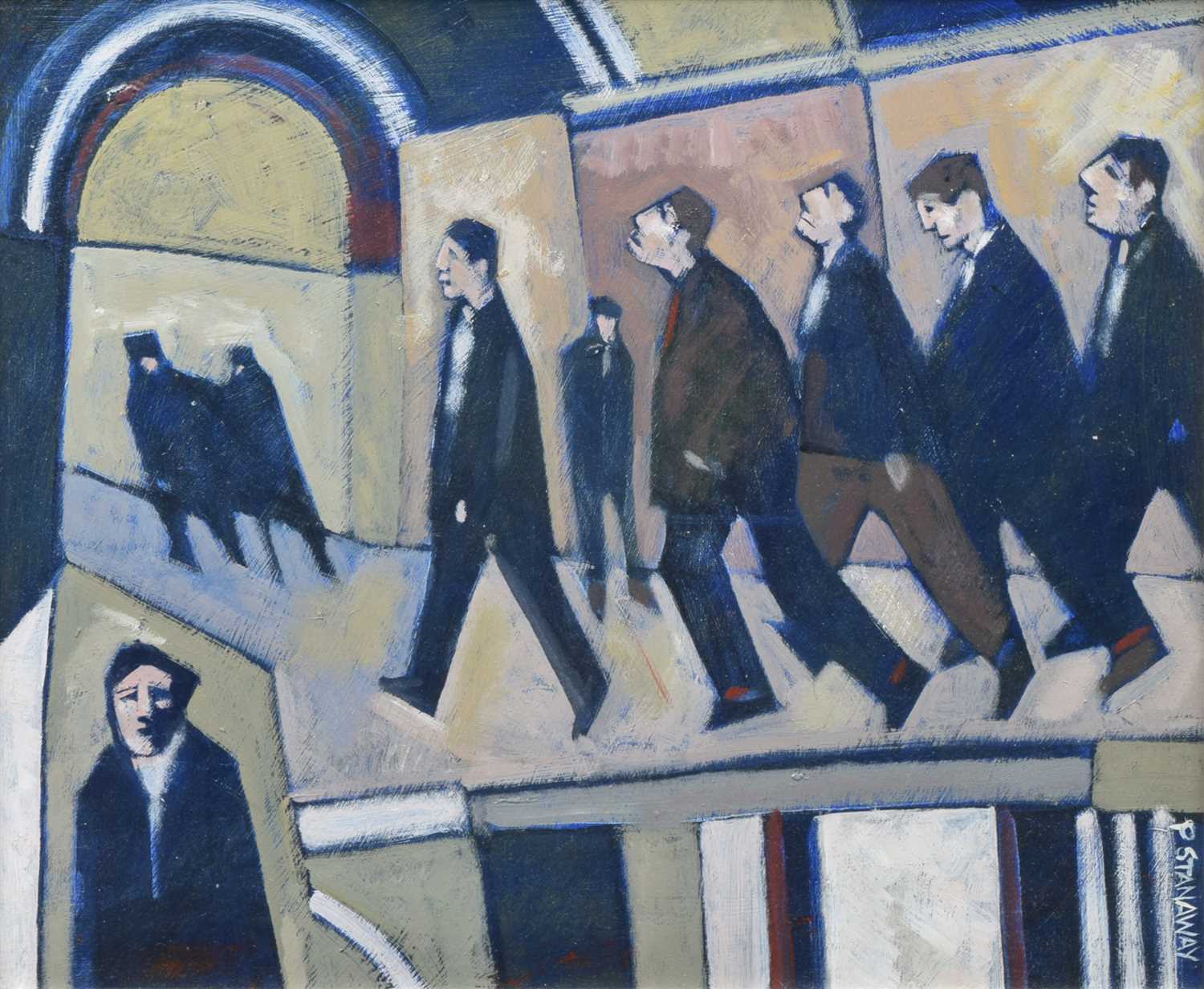 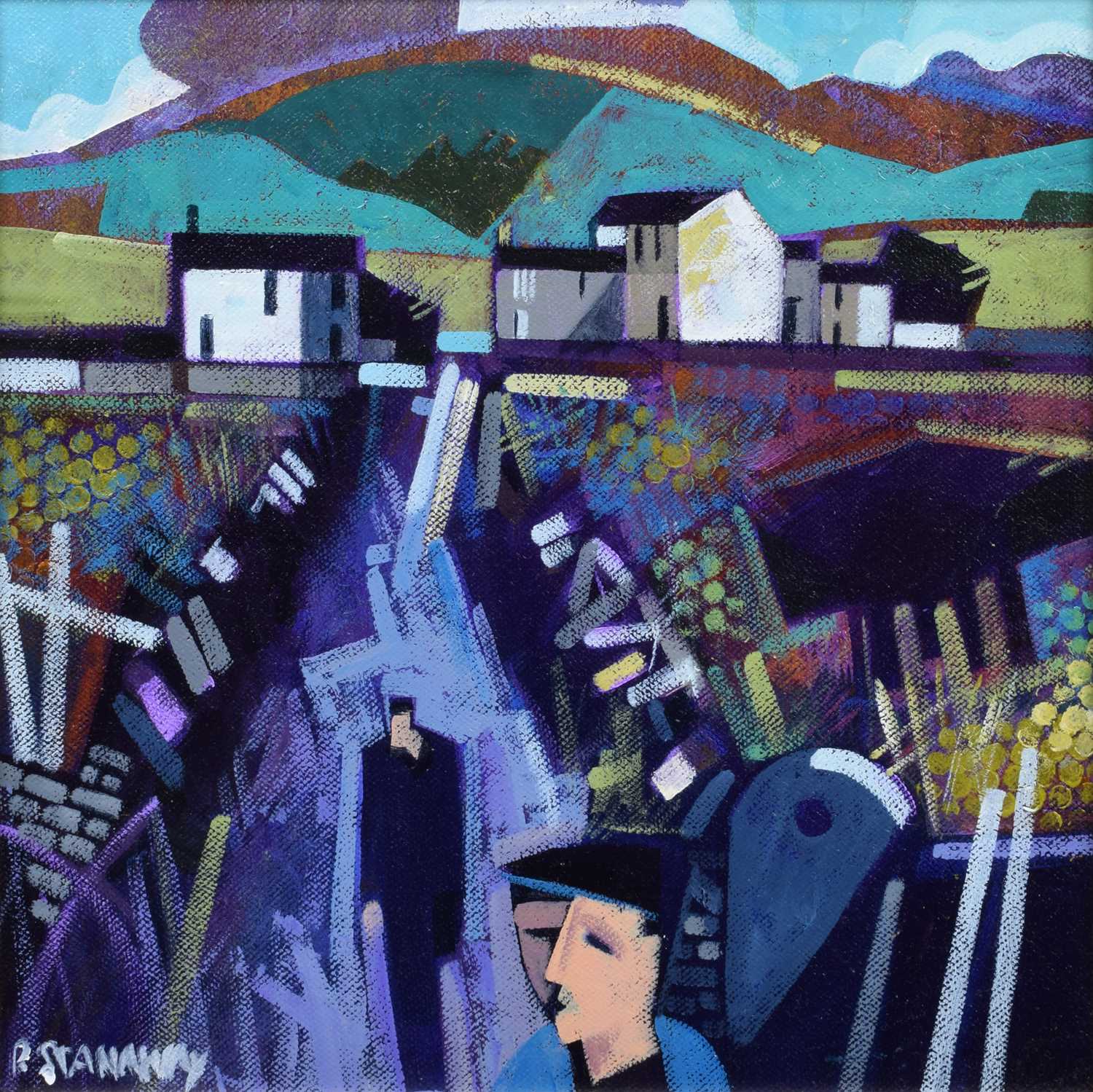 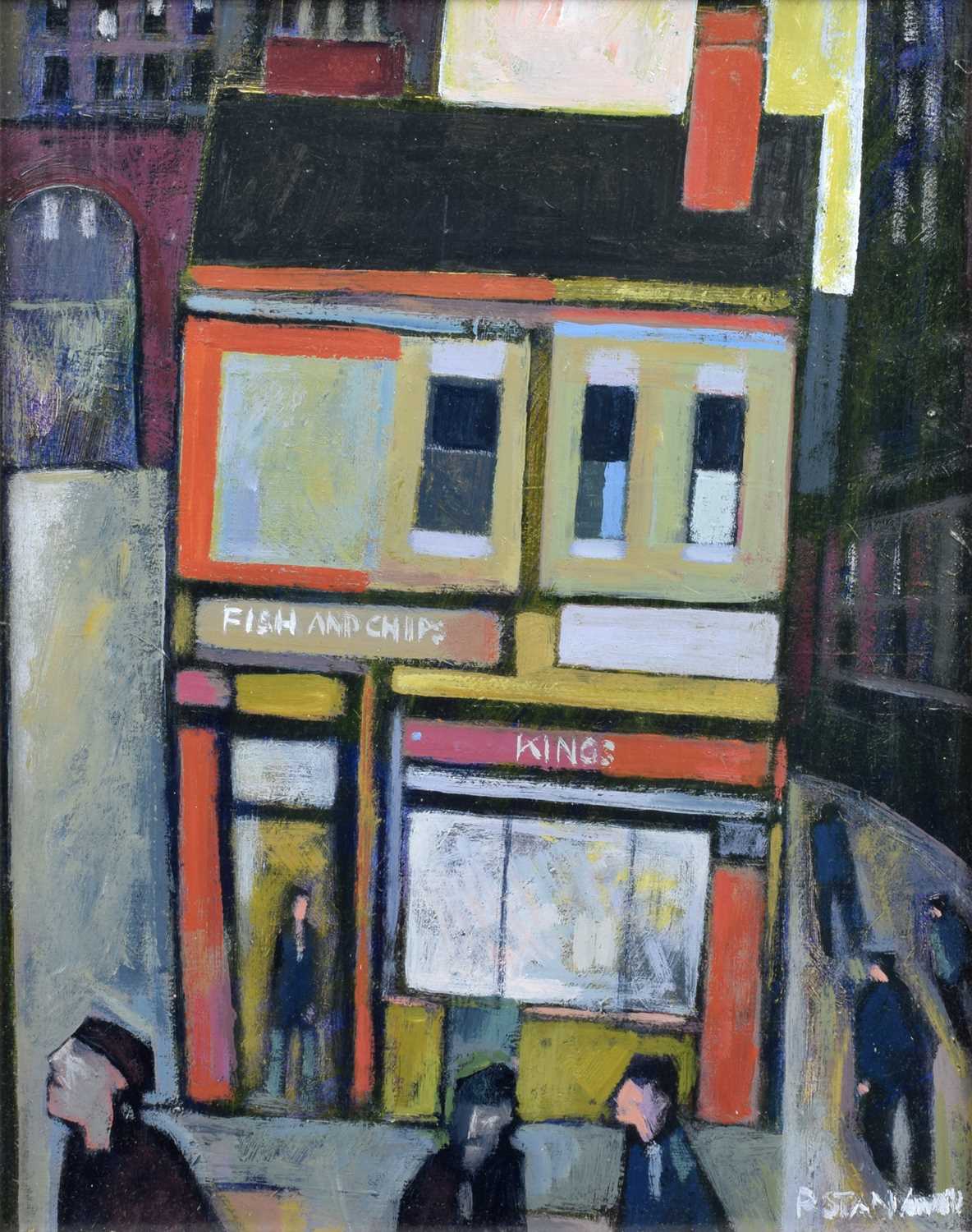 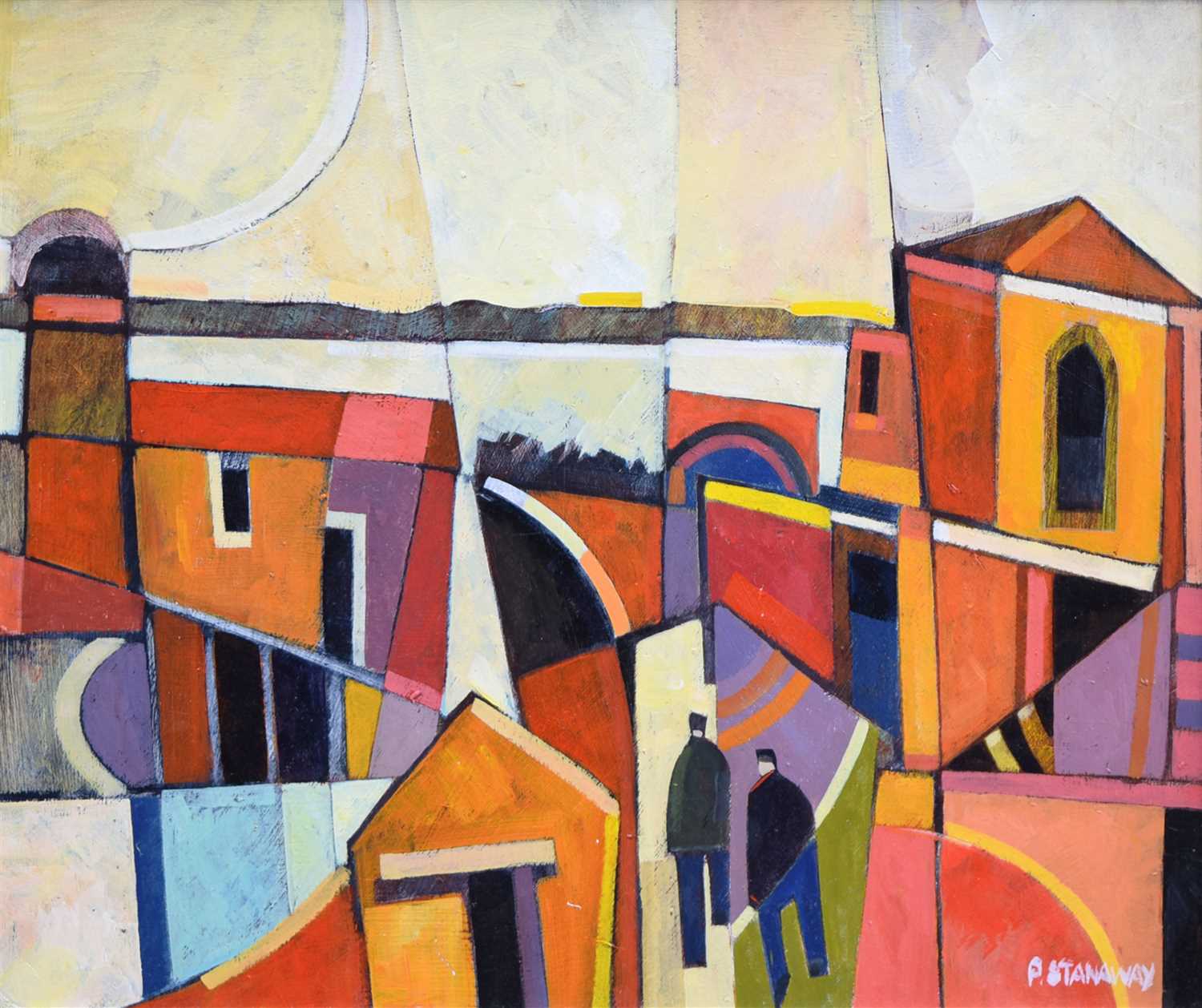 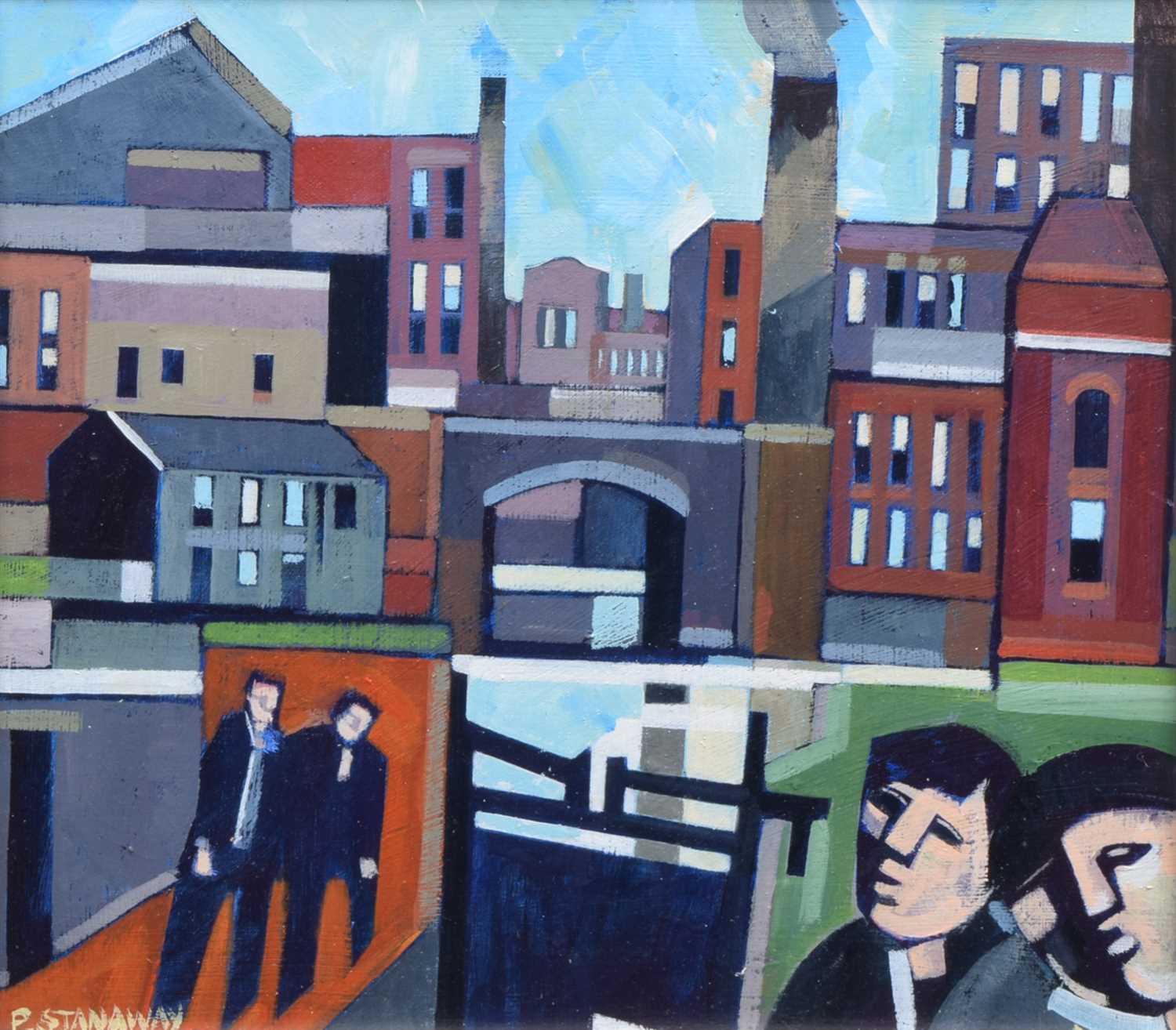 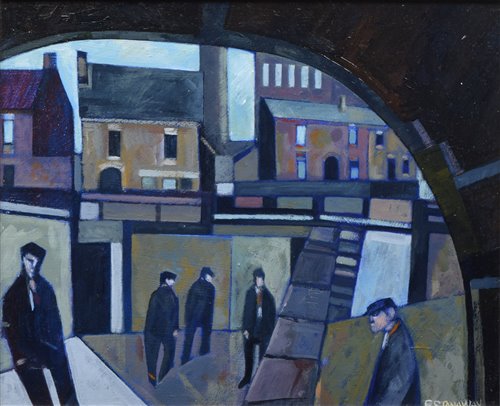 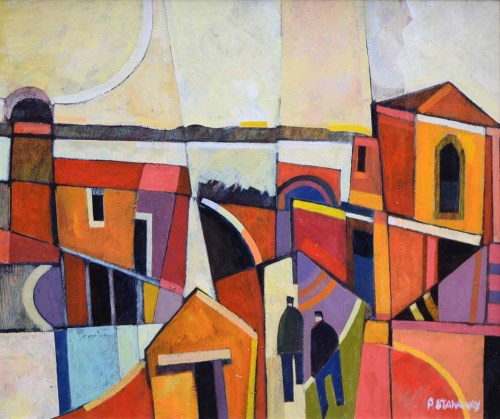 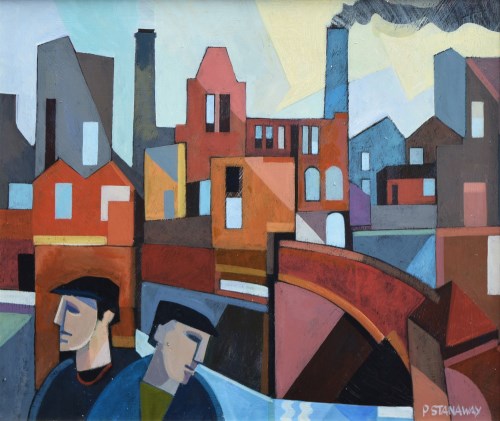 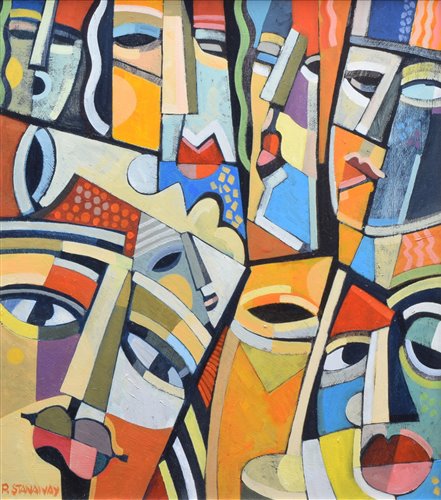 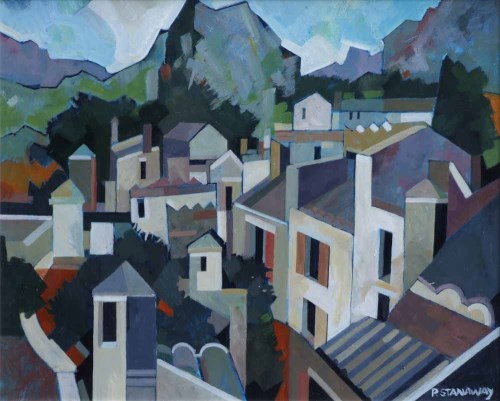 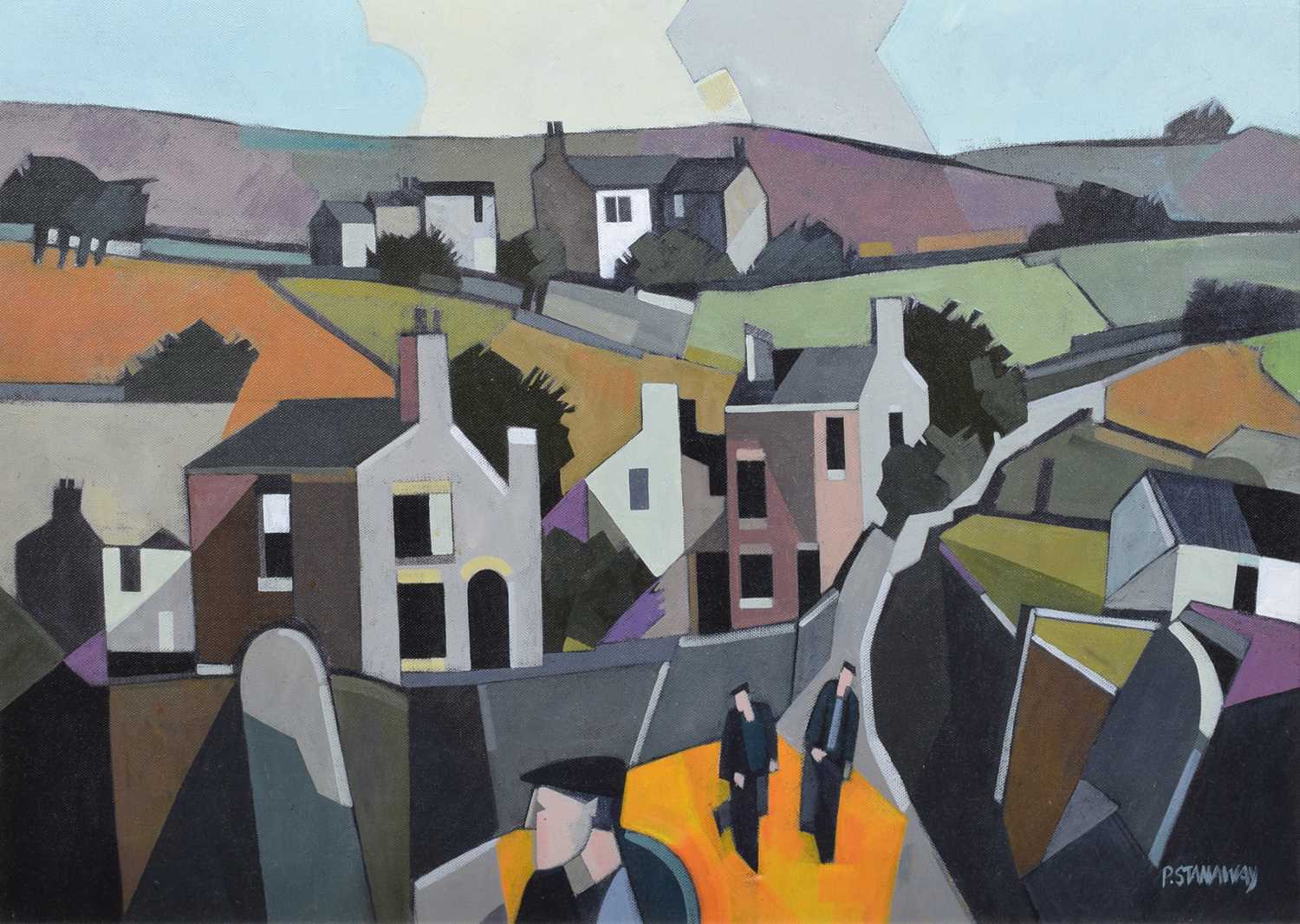 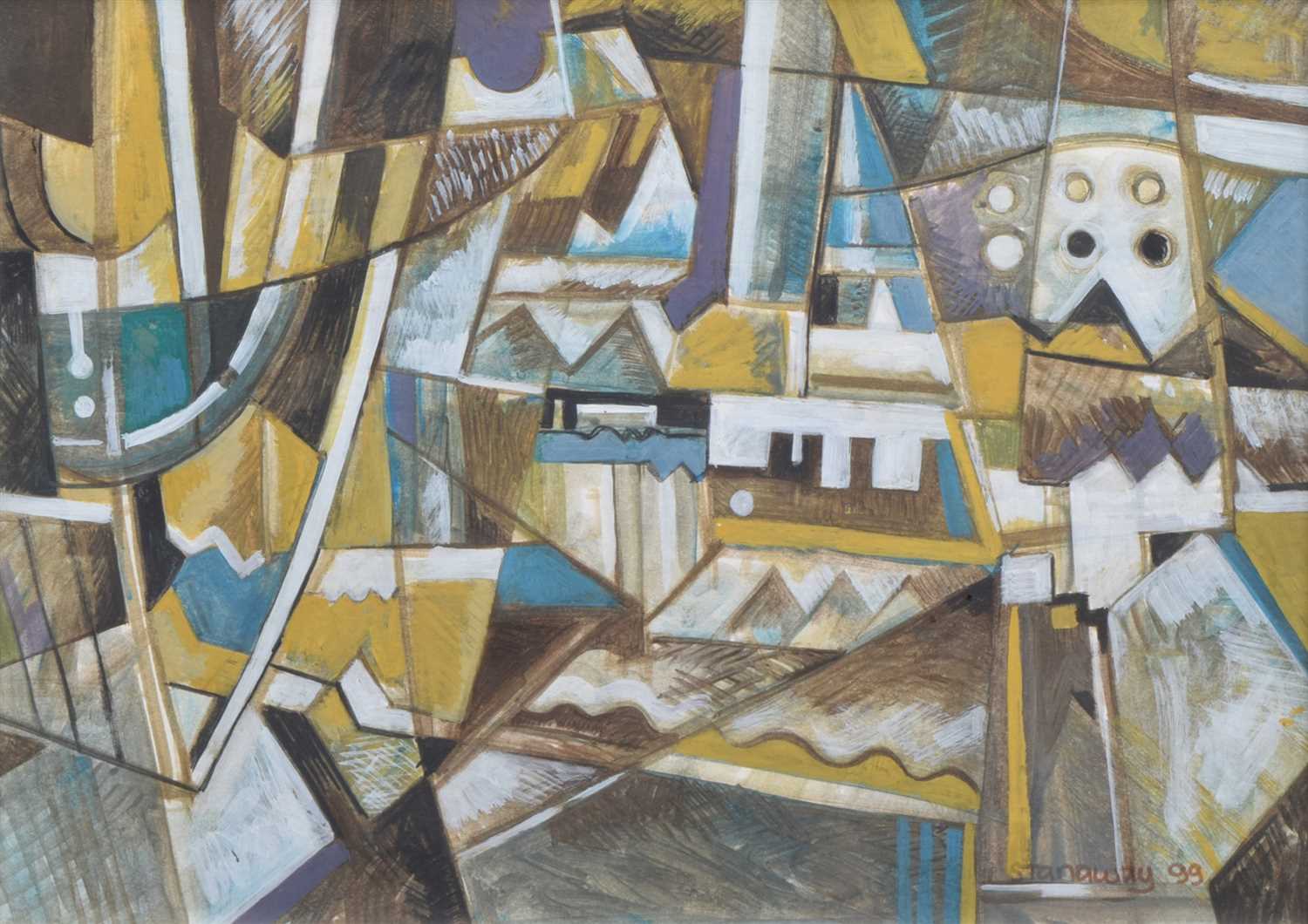 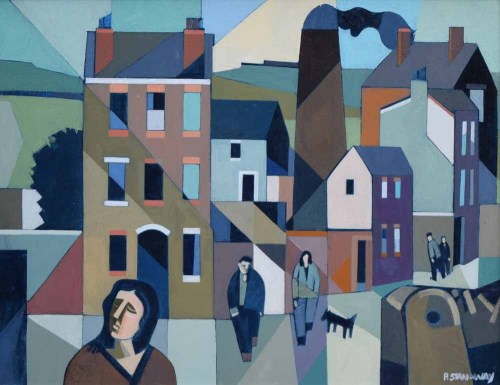 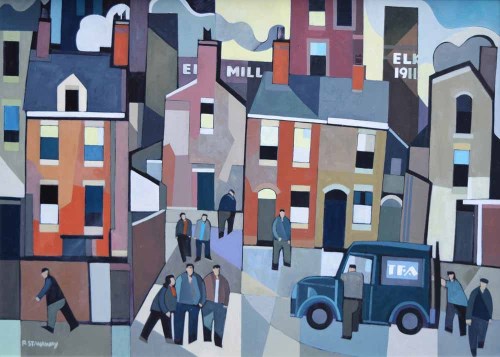 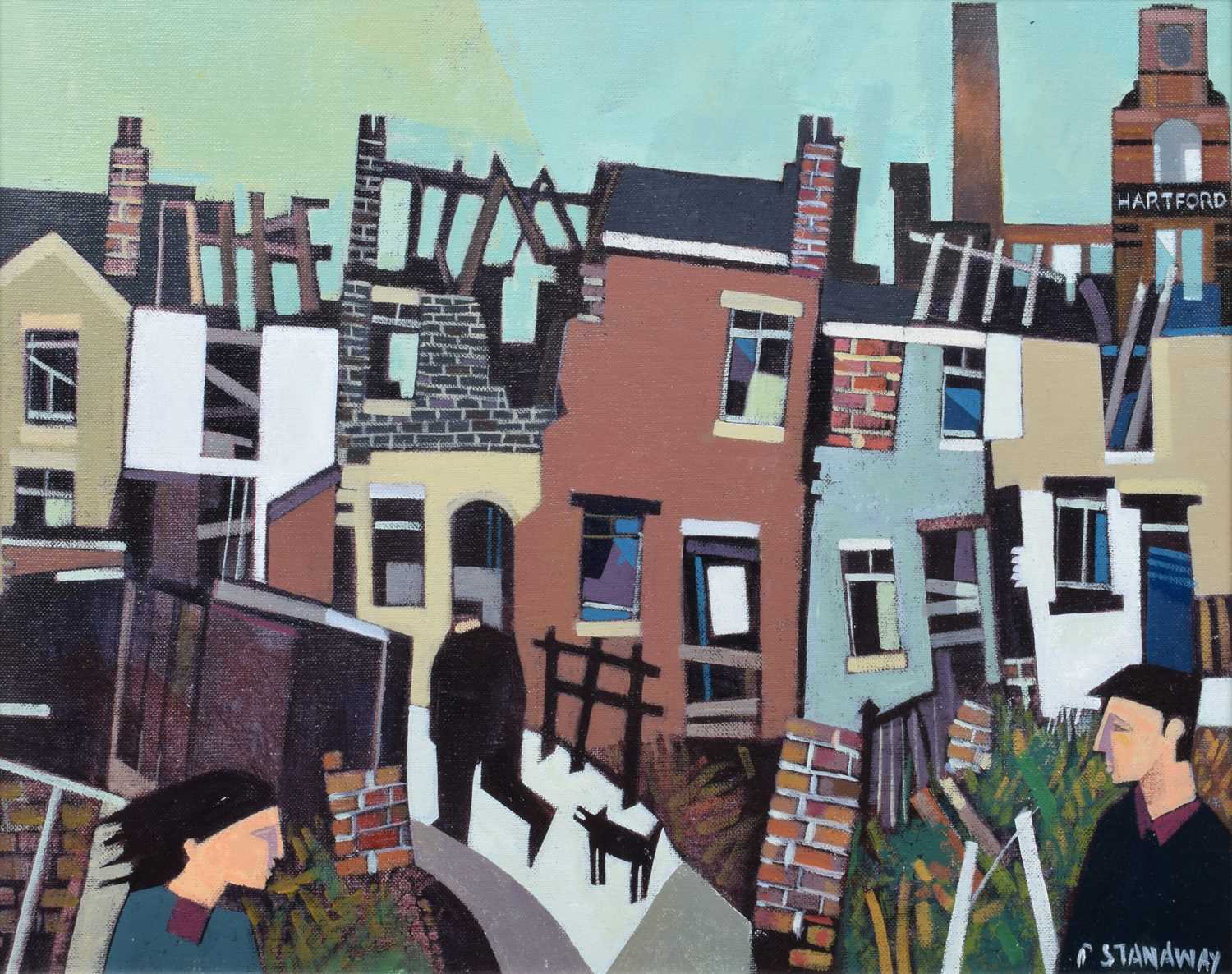 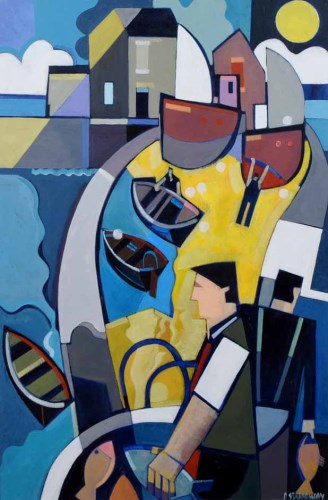 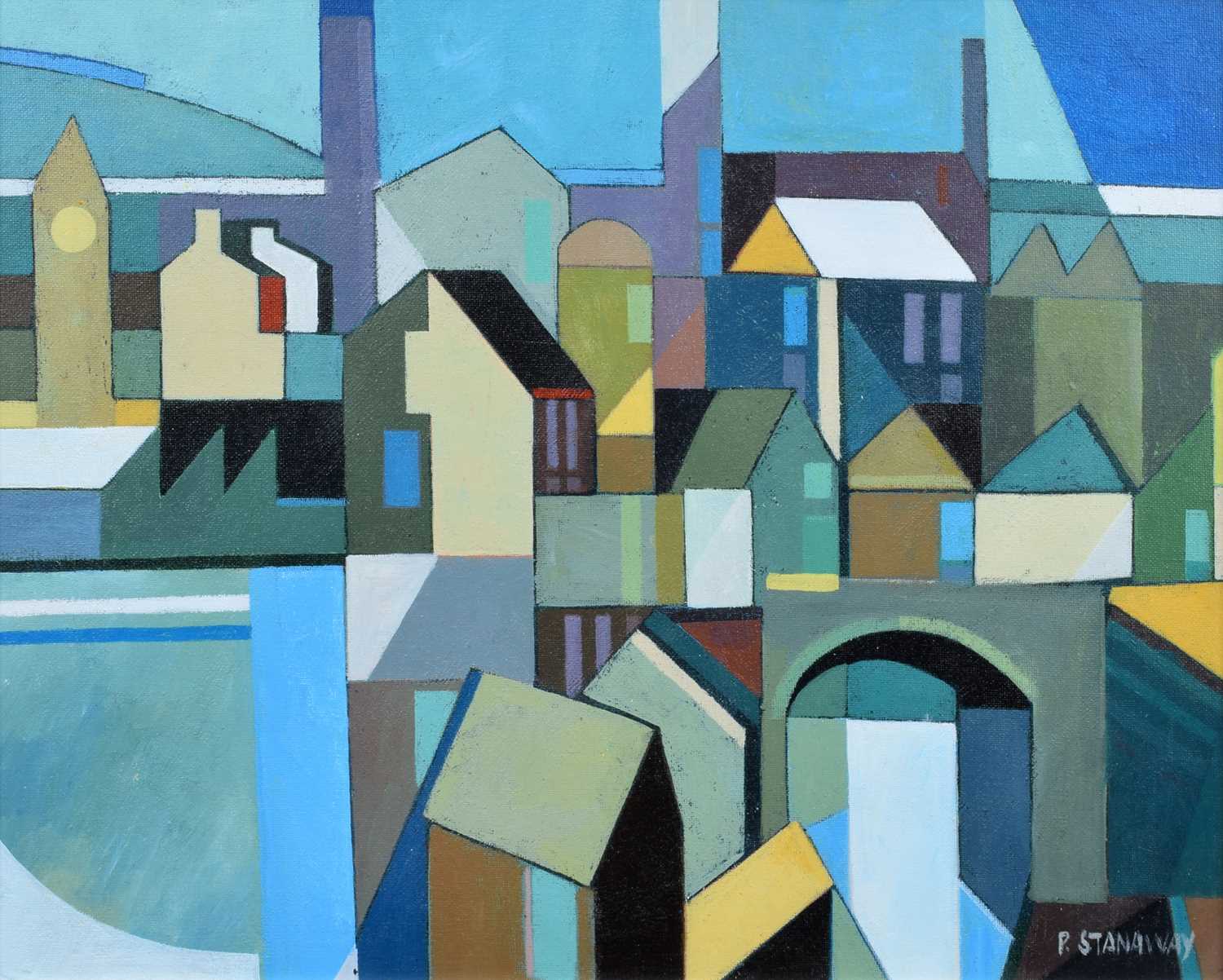 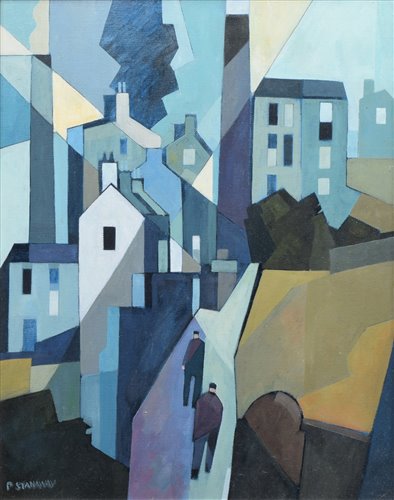 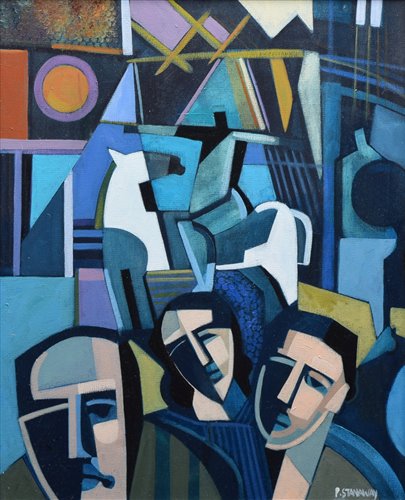 Peter Stanaway, "In The Ceremony Of The Horseman Even The Pawn Myt Play His Part (Bob Dylan)", acrylic.
Sold for £750
Select fileChange Remove