We hold four dedicated Northern Art auctions each year and offer a free appraisal service as well as a free collection service for items consigned to these auctions. The auctions include original works and prints from well-known artists such as Lowry, Geoffrey Key, William Ralph Turner, Trevor Grimshaw, Harold Riley plus many other well-known names as well as emerging artists.

William (Bill) Turner was born in 1920 in Manchester in poor circumstances and left school at 14 to take a series of odd jobs. His family had an unsubstantiated belief that they were descended from the famous landscape artist Joseph Mallord William Turner, and at 17 William Turner painted a small version of a JMW Turner landscape for his studio wall. Although Turner and the most famous exponent of ‘Northern art’, L.S.Lowry, knew each other, Turner disliked being placed in the same category as Lowry.

For about 60 years Turner painted the North West and surrounding areas, often from memories and images obtained while indulging his passion for cycling long distances. A prolific painter, he painted thousands of pictures, including several hundred that featured the Stockport Viaduct. He was discovered by Peter Burdett (of The Pitcairn Gallery) in the 1970s. Peter commissioned him to paint Lyon in France. He continued to find fame, recognition and some fortune in the 1980s when he had exhibitions in Windsor and Eton. He was re-discovered by David Gunning, an art dealer from Todmorden, in 2000, when Turner was 80. Over the next five years, Gunning sold as many as 3,000 Turner paintings, starting a process by which interest in and prices for his work began to rise dramatically. Parkinson’s Disease eventually forced Turner to stop painting. Turner died in 2013, having lived to, as some critics put it, ‘step out from Lowry’s shadow’, and enjoy widespread acclaim.

Although William Turner’s work is often bracketed with Lowry’s, he was greatly influenced by the French and German Expressionist schools, and his paintings are more vibrant and vigorous with a strong use of colour which lightens his often industrial subject matter. His long obscurity and dramatic discovery has created a strong interest in his work, which is now hugely popular globally, and the market remains buoyant. As with all artwork, the value of William Turner’s work varies enormously according to the period, size and subject matter. His typical Manchester and Stockport views remain the most sought after at auction, although his portfolio of work also included portraiture, still life and rural views. Auction prices for this artist can vary from £300 for a small watercolour study up to £15,000 for a large Manchester view. At Peter Wilson’s, our in-house expert Stephen Sparrow has years of experience in assessing and valuing William Turner’s work, so do get in touch if you’d like to learn more about a piece you own, or discuss a potential sale or valuation. 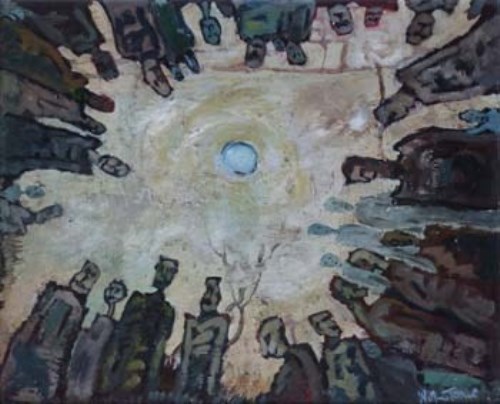 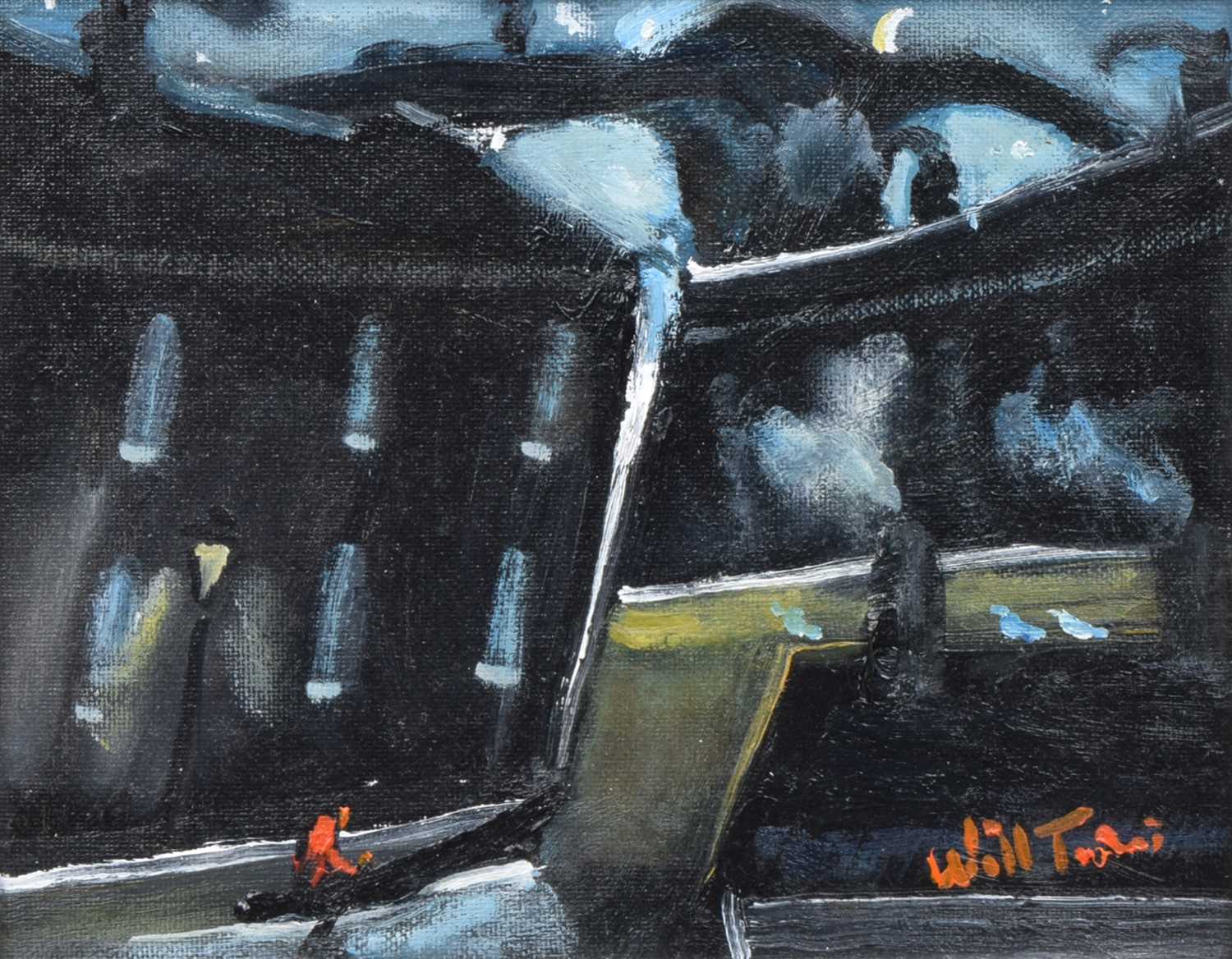 William Turner, "Bluebirds in the Moonlight", oil.
Sold for £1,098 (Inclusive of Buyer's Premium) 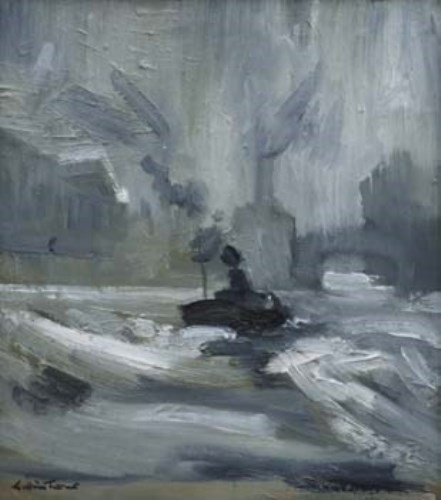 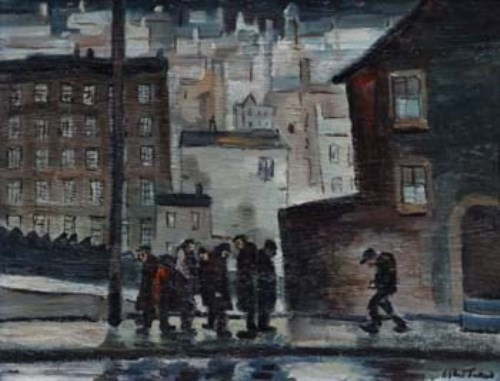 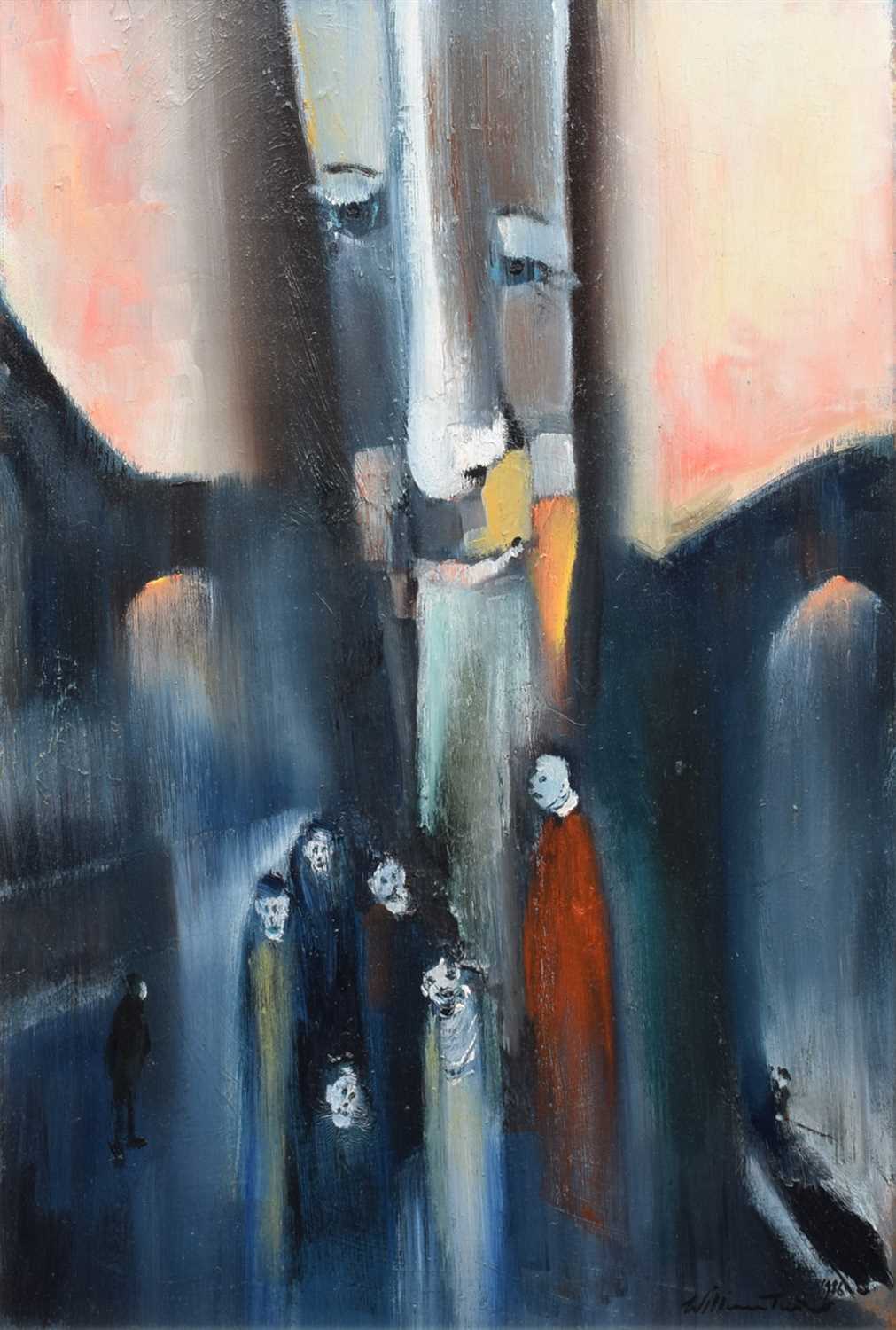 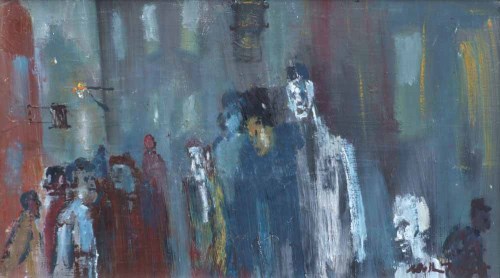 William Turner, Faces that Pass in the Night, oil.
Sold for £3,294 (Inclusive of Buyer's Premium) 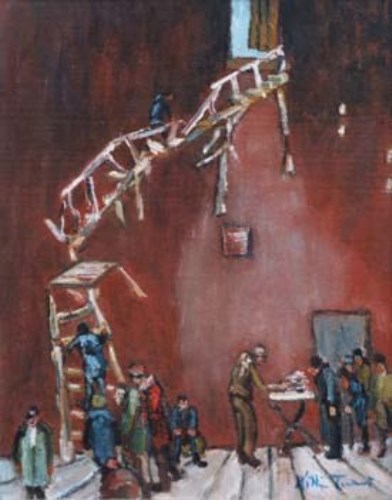 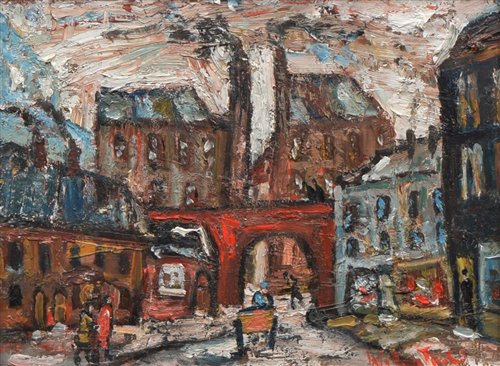 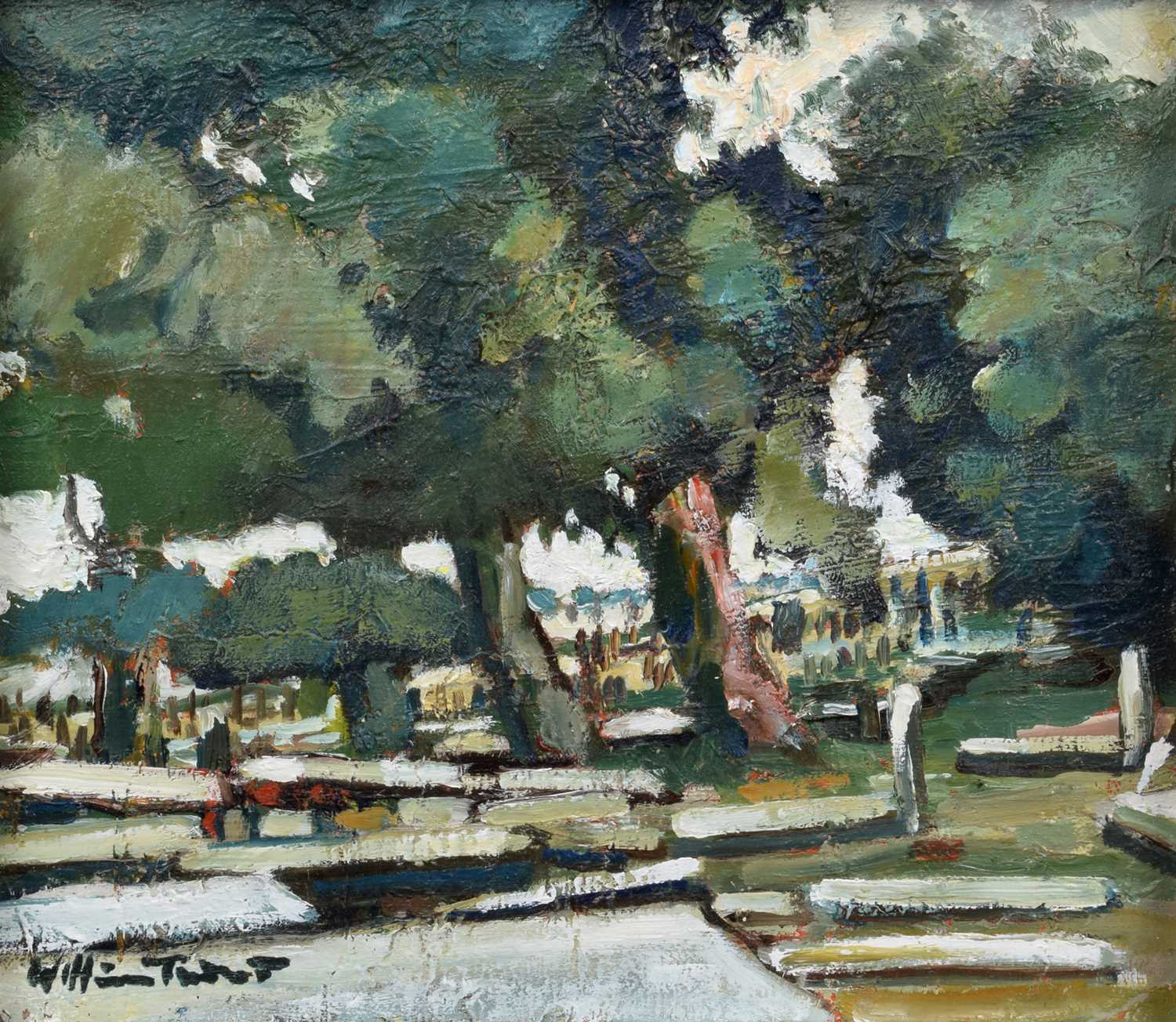 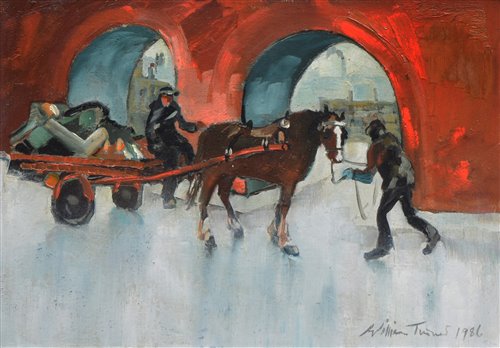 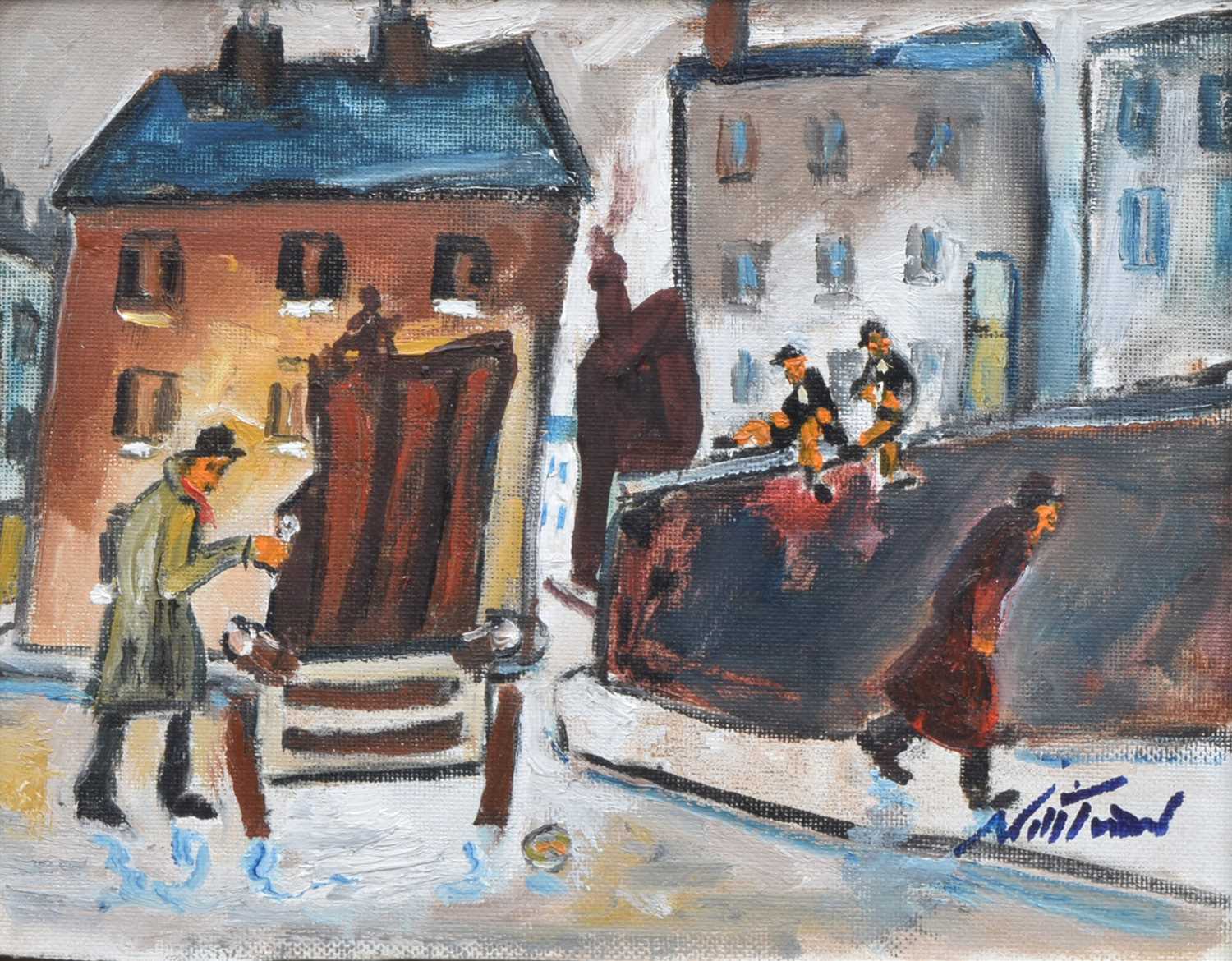 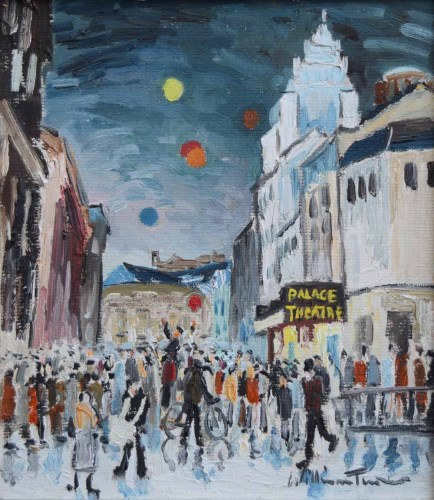 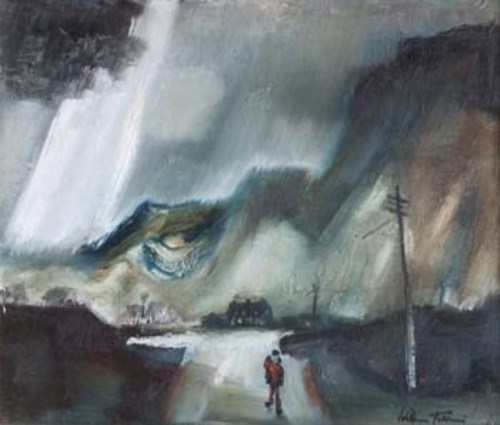 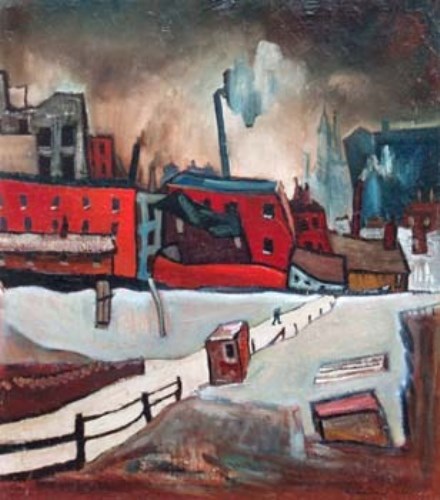 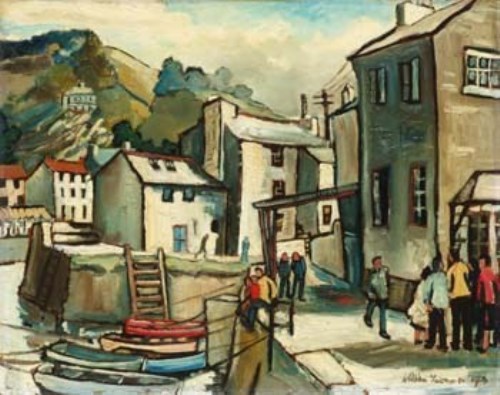 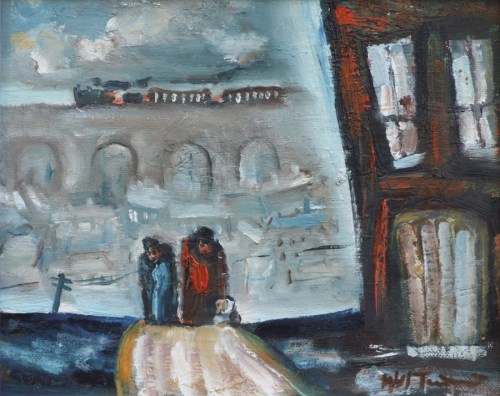 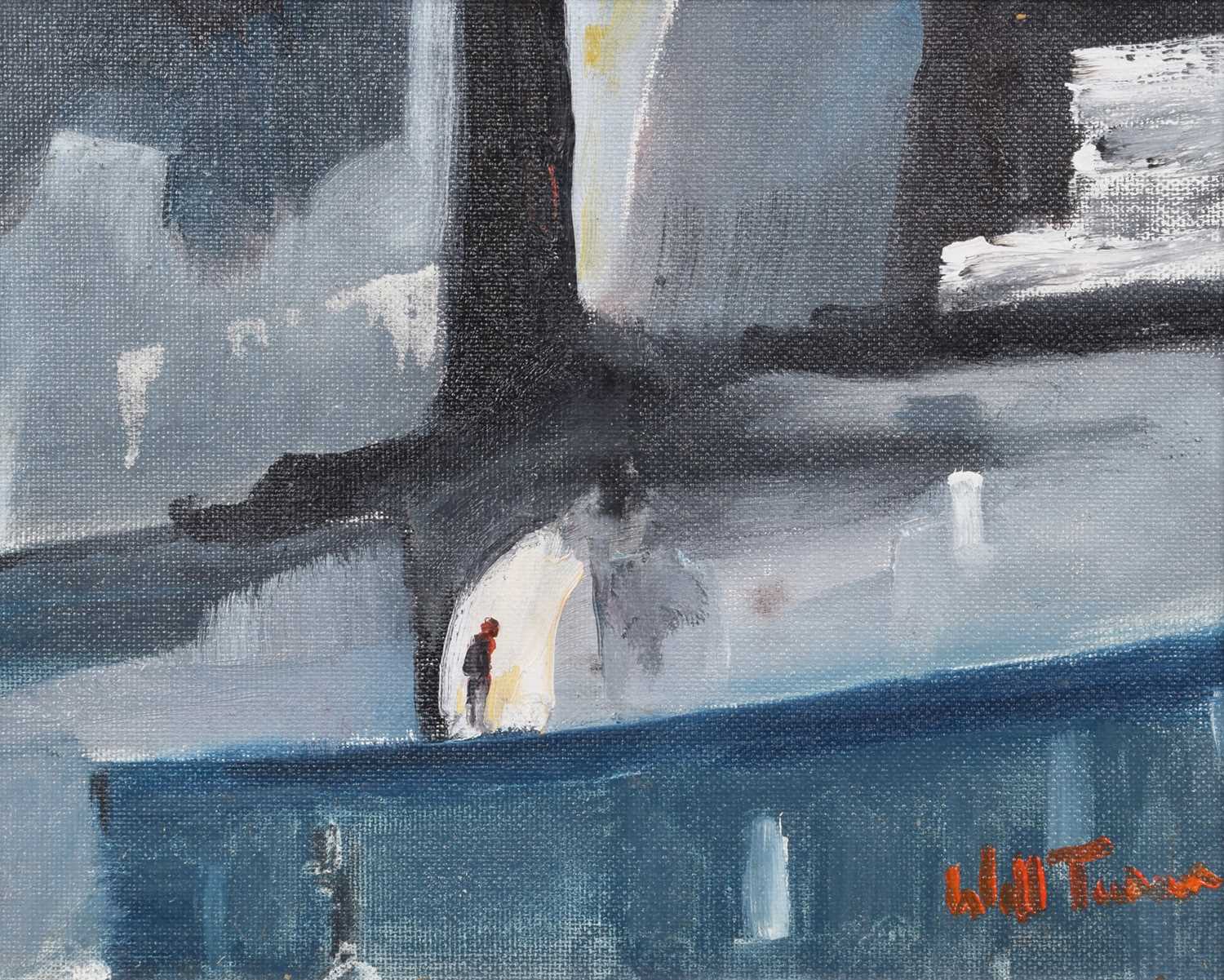 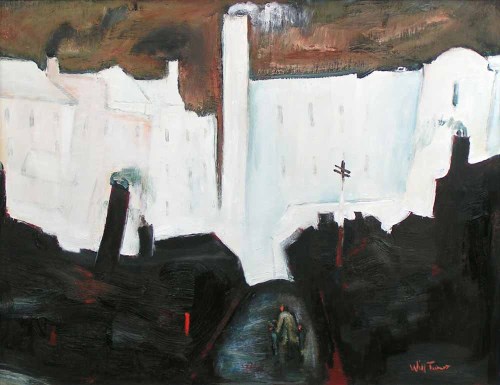 William Turner, Man with a Cart, oil on board.
Sold for £5,002 (Inclusive of Buyer's Premium) 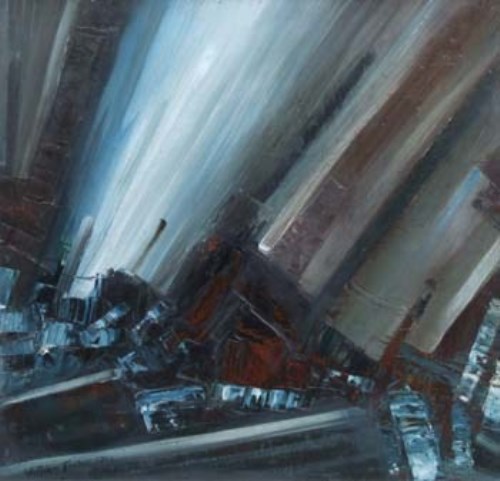 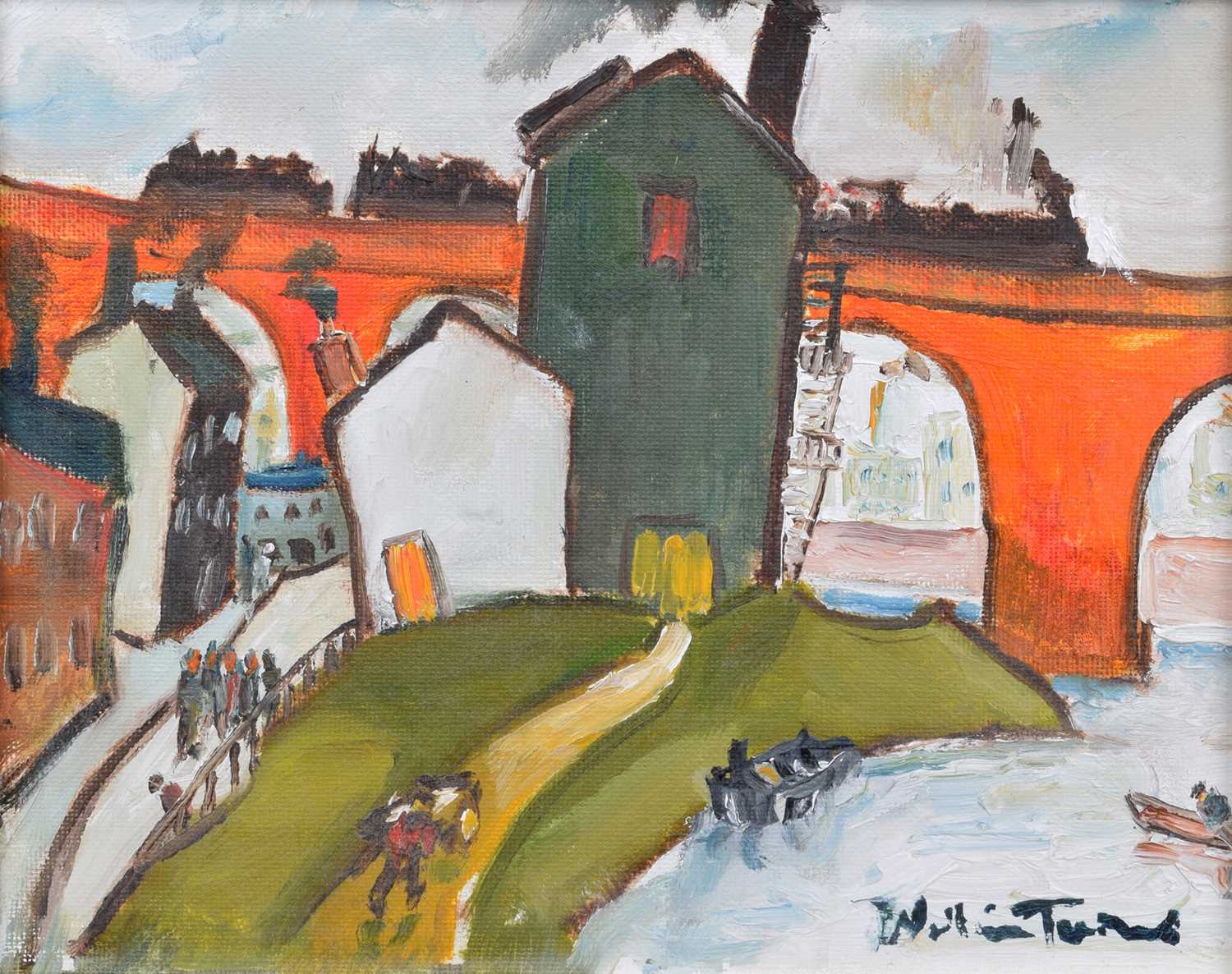 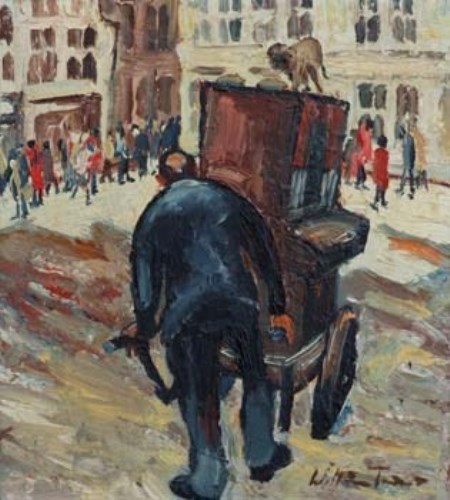 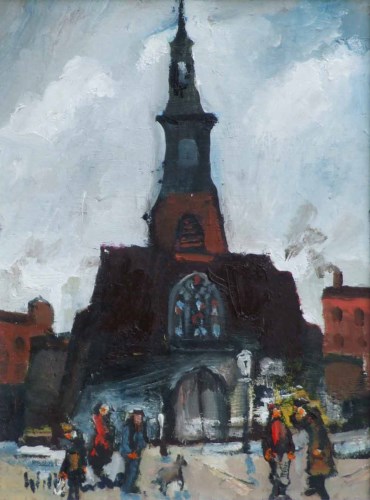 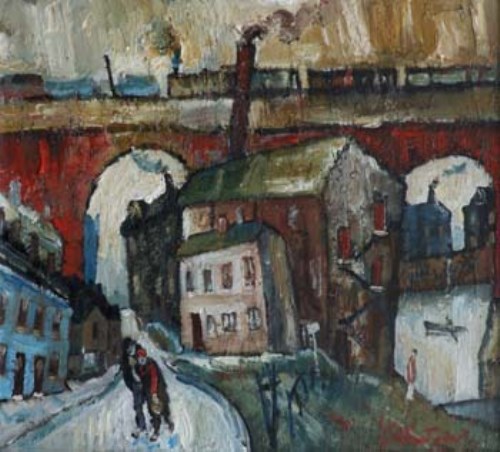 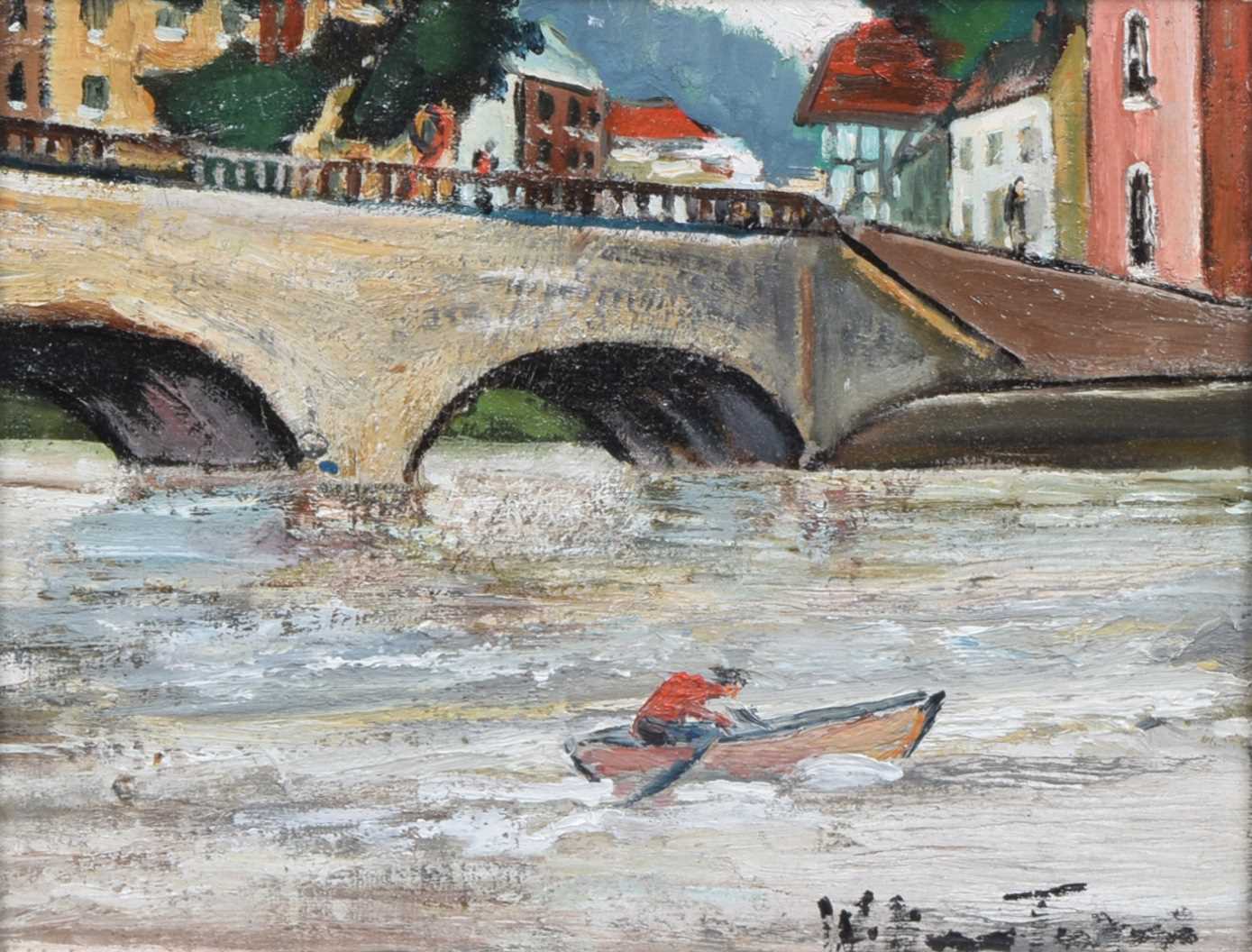 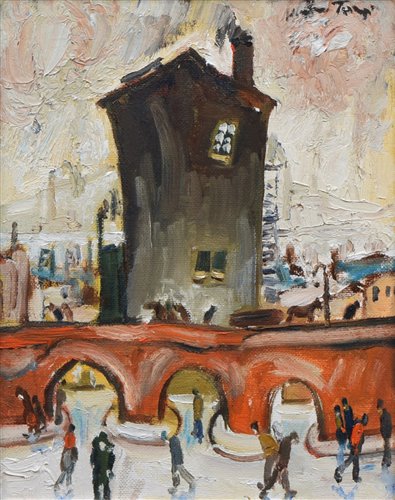