The next sensational coins auction at Wilson55 is now online to view and leave bids.  Gold coinage in this sale date back to Charles II and then include guineas and sovereigns from many monarchs up to Elizabeth II.  From the House of Stuart highlights include two stunning gold guineas from the reign of William and Mary dated 1689 (Lot 17) and 1694/3 (Lot 20) and two beautiful guineas from the reign of Queen Anne dated 1708 (Lot 29) and 1714 (Lot 31).  The House of Hanover is strongly represented in gold coins with sensational guineas from George I in 1715 (Lot 32), George II in 1760 (Lot 43) and a great range of guineas and sovereigns from George III.  The denominations of gold coinage in this sale range from the smallest gold British coin minted (the Quarter-Guinea only produced in the years 1718 and 1762) weighing in at 2.1g (Lots 35 and 44) through to the enormous Five Pounds gold coins from the reigns of Queen Victoria and Edward VII each of which weigh in at 40g (Lots 72, 75 and 76). 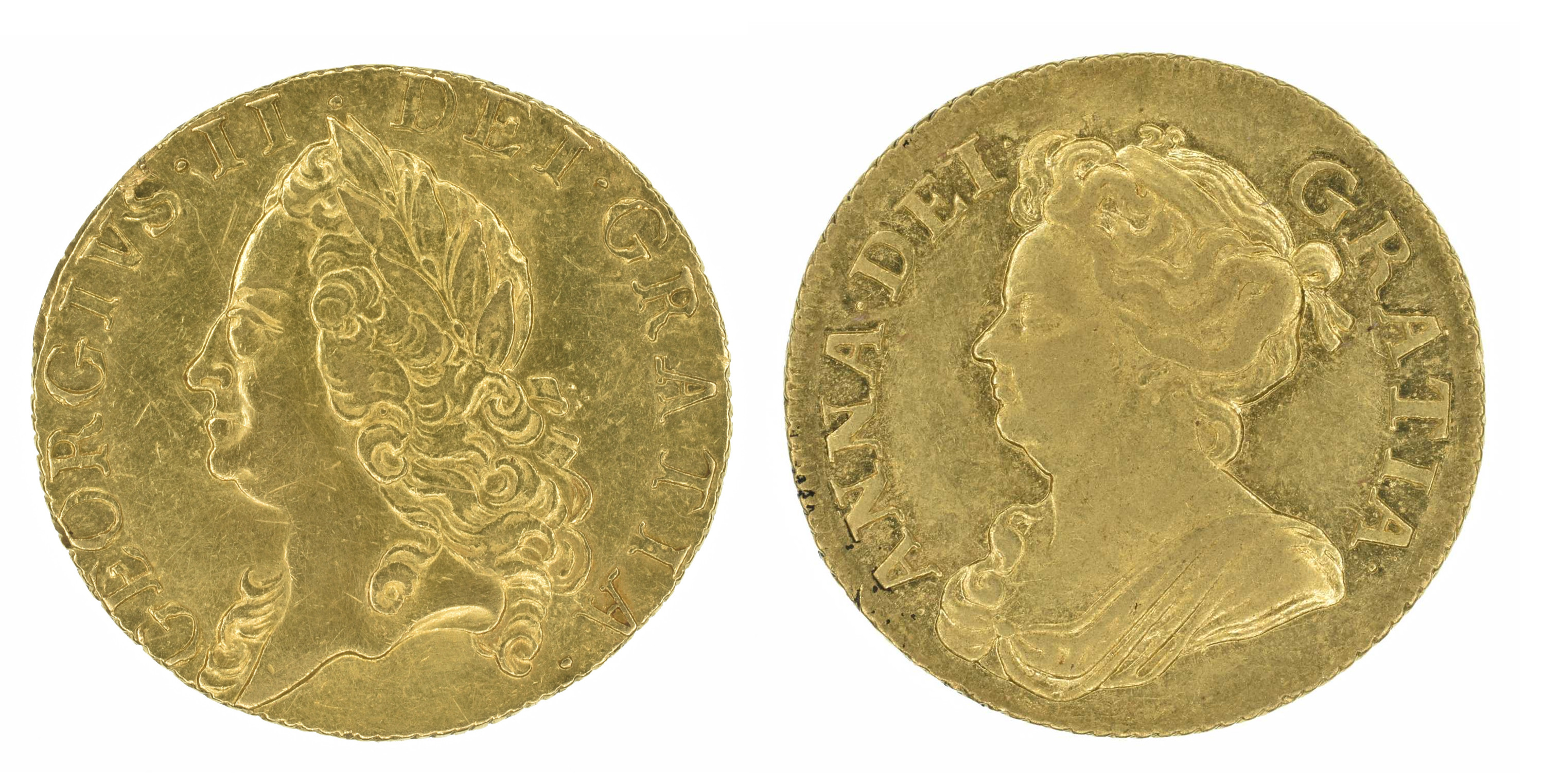 The guinea was a coin, minted in Great Britain between 1663 and 1814, that contained approximately one-quarter of an ounce of gold.  The name came from the Guinea region in West Africa, from where much of the gold used to make the coins was sourced.  It was the first English machine-struck gold coin, originally worth one pound sterling, equal to twenty shillings, but rises in the price of gold relative to silver caused the value of the guinea to increase, at times to as high as thirty shillings. From 1717 to 1816, its value was officially fixed at twenty-one shillings. 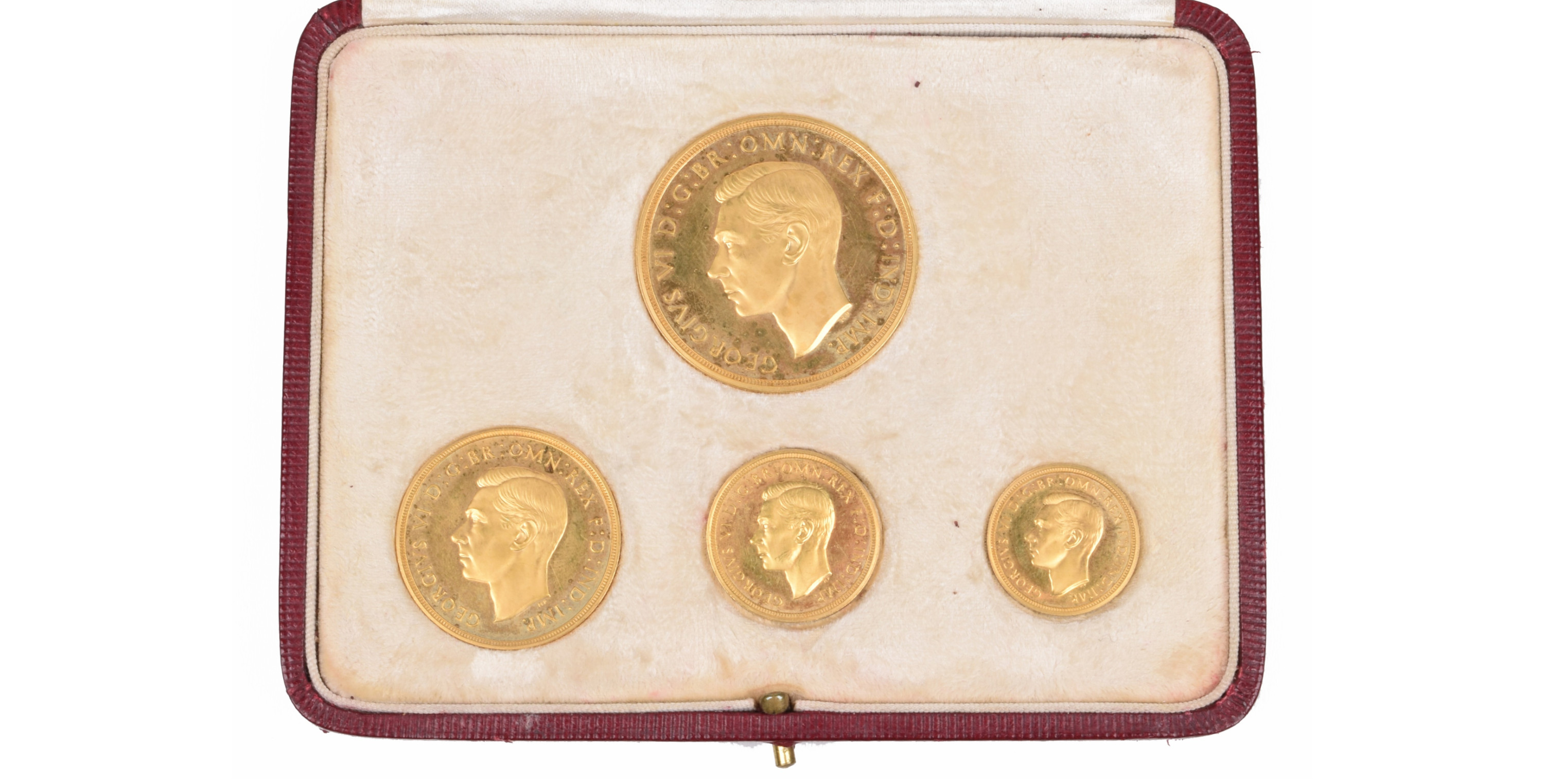 Collectors of twentieth-century gold proof sets are also well catered for in this sale with a strong selection including Lot 86 - A stunning George VI 1937 Gold Proof Four Coin Specimen Set in its original red leather case of issue.  The sale then moves on to a strong selection of very high grade foreign gold coinage from Lot 92 – a French, Napoleon I, 40 Francs, gold coin of 1811 through to modern Krugerrands with Lots 97-99 providing interesting and very high grade examples of the three different emperors (Wilhelm I, Frederick III and Wilhelm II) who ruled over Germany during the year 1888 (The Year of the Three Kaisers).  The next specialist Coins and Banknotes Sale is on the 10th June and already there are some stunning entries in this sale with a strong emphasis on ancient coins.  If you have any individual historic coins or collections you would like to be valued or included in this sale please contact Stephen Sparrow at stephen.sparrow@wilson55.com