Featuring in our August Fine Jewellery & Watches Auction is a racing enthusiast and watch collector’s dream lot: a 1970s Heuer Autavia 'Jo Siffert' wristwatch. Purchased by our vendor on their way to the Olympics in 1972, this watch comes from a single owner home in good condition. One of the most sought-after models by vintage Heuer collectors, this wristwatch is bound to attract international interest.

Launched in 1969 and known as the 'Siffert Autavia,' the Heuer Siffert Autavia watch is characterised by its white dial, black sub-dials, central blue chronograph hand and highlights, within a stainless steel case. The Siffert Autavia was available in two versions, the 1163T with two sub-registers and a date, and the later released 73663 with three sub-registers. Our watch is the model 1163T, powered by an automatic Calibre 11 movement.

Jo Siffert was a famed Swiss Formula One driver. He shot to fame after winning the Formula One British Grand Prix in July 1968, beating established drivers such as Chris Amon, Jacky Ickx and Jackie Stewart. Siffert was also the factory driver for Porsche and drove them in events such as the Le Mans 24 hour race. Siffert initially made his name in motorcycle racing, before switching to cars and graduating to Formula One in 1962 with a four-cylinder Lotus-Climax. He joined Rob Walker's racing team in 1964 and won the non-Championship of 1964 and the 1965 Mediterranean Grand Prix.

He was one of the first Formula 1 drivers to be sponsored by a watch company. A Heuer enthusiast, Siffert signed his partnership deal in 1968/9. In this, Siffert paved the way for other iconic watch and race driver collaborations such as Heuer and Steve McQueen, IWC and Hamilton, Omega and Schumacher.

In Jack Heuer's biography, The Times of My Life (2013), he detailed their sponsorship agreement:

"We got off to a very good start and quickly agreed on the following:

Although I didn’t realise it at the time, this relatively simple sponsoring contract with Siffert was probably one of the best marketing moves I ever made, because it opened the door for us to the whole world of Formula One.” 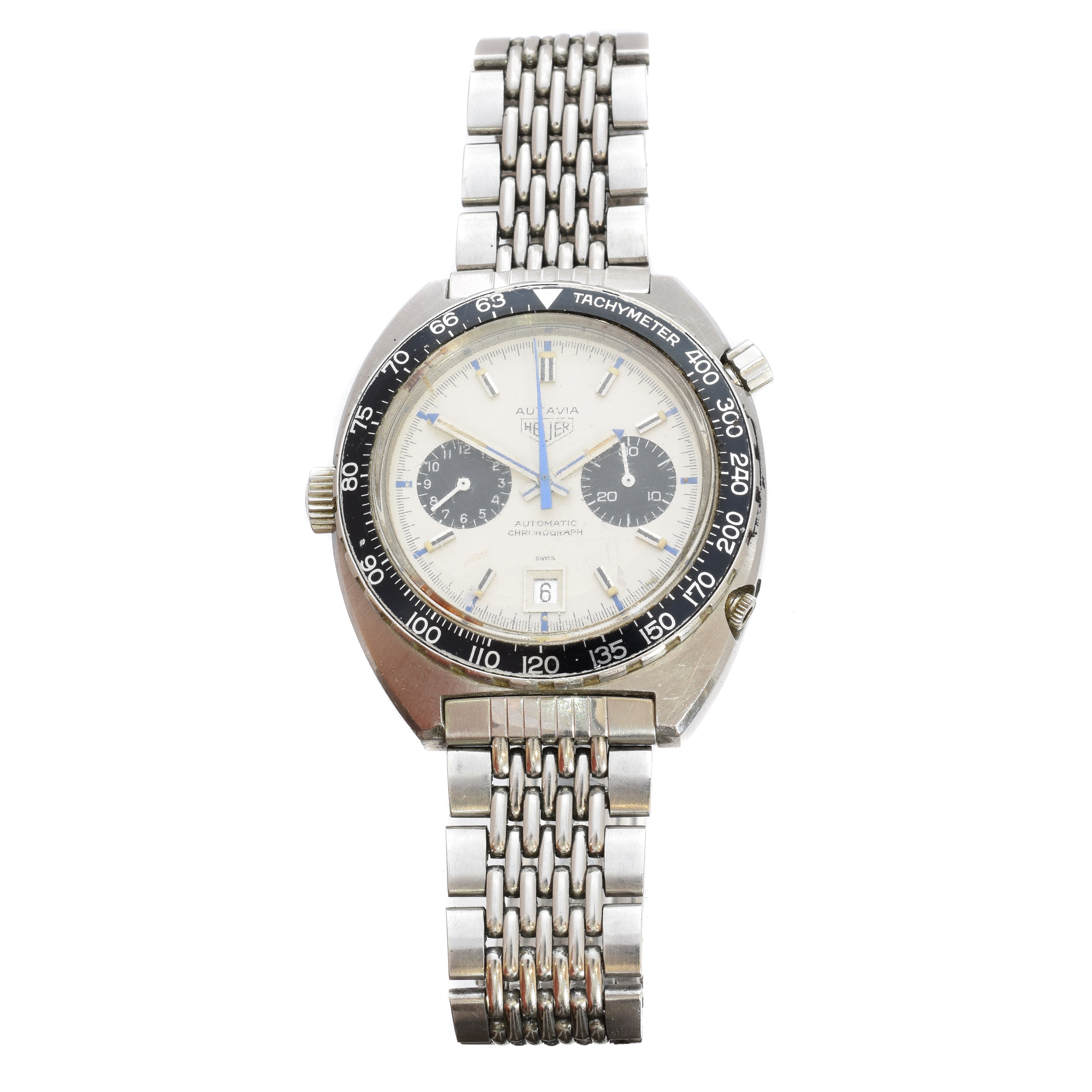 Siffert was, as part of this agreement, able to wear any Heuer watch in a whole variety of colours that were available at the time, however, always opted for the blue and white Autavia. He made this model his own, and the watch will forever be associated with him.

An iconic watch in design and function, a Tag Heuer and Calibre 11 collaboration launched a collector’s edition of this iconic watch in 2018 and limited the production to 100 models. View and bid in our Fine Jewellery & Watches Auction for the chance to own an authentic 1970s model.

For further information about any of the lots in our sale, or to consign your own items into the Fine Jewellery & Watch Auction, contact Liz Bailey via email liz@peterwilson.co.uk or 01270 623 878.

We are also accepting entries into our forthcoming Automobilia Sale, contact Robert Stones for further information.