Entered into our December 10th Fine Jewellery Auction is a unique collection of jewels linked to the Walpole family. The Walpole family is a historical family with fascinating tales through each generation.

Most will associate the Walpole family with Sir Robert Walpole (1676-1745), who is generally regarded as the de facto first prime minister of Great Britain. Consigned to sale from a local vendor and collector are a couple of pieces which trace this family line through the Georgian and Victorian eras. 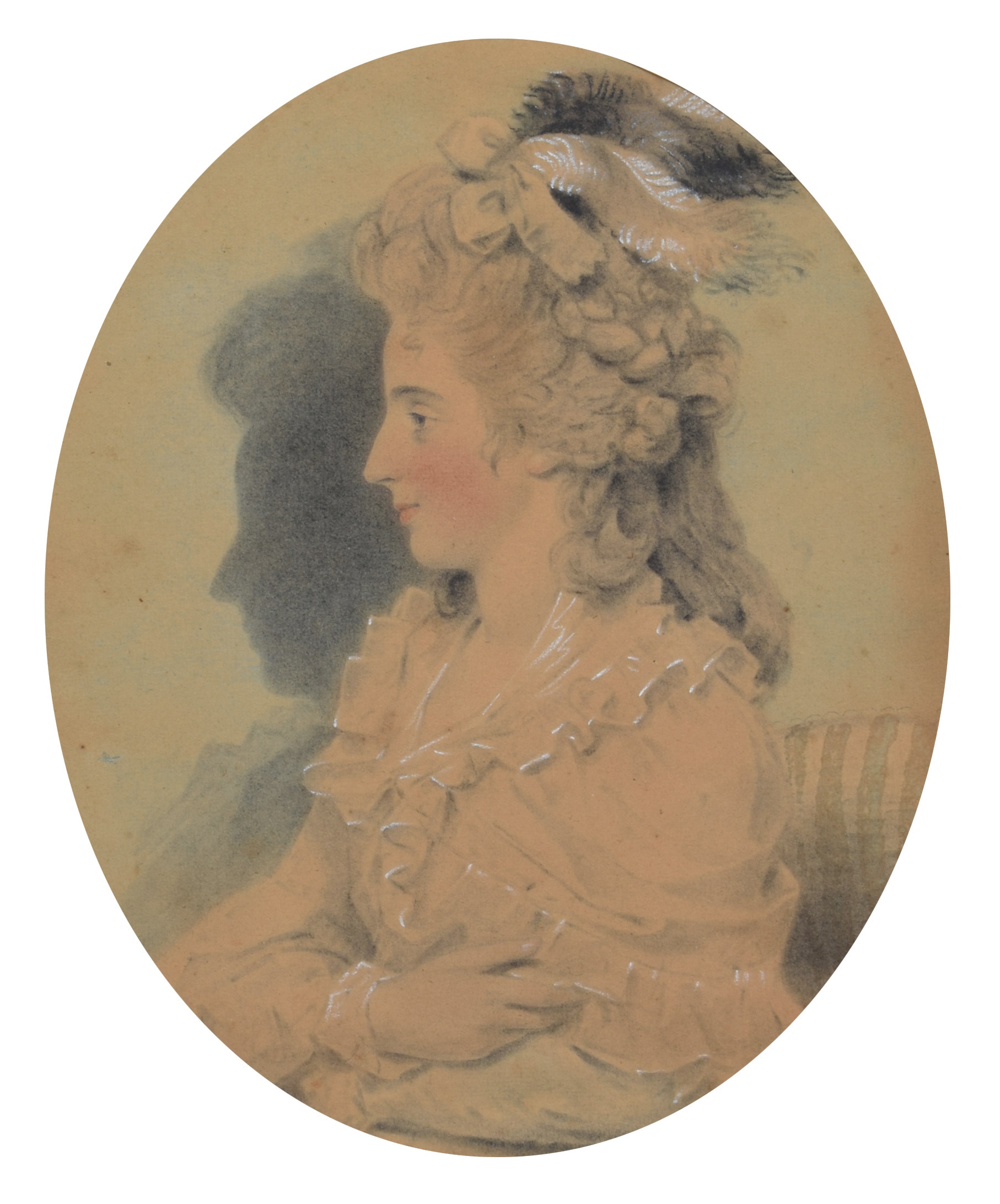 The first piece consigned is a beautiful enamel and hairwork memorial 'swivel' ring, inscribed to the Hon. Diana Walpole. Diana Walpole neé Grosset married the Hon. Robert Walpole (1736-1810) on 8th May 1780. Diana's husband was the nephew of Sir Robert Walpole, and followed his example by becoming a Diplomat, working as envoy extraordinary and minister plenipotentiary to Portugal from 1771- 1800. 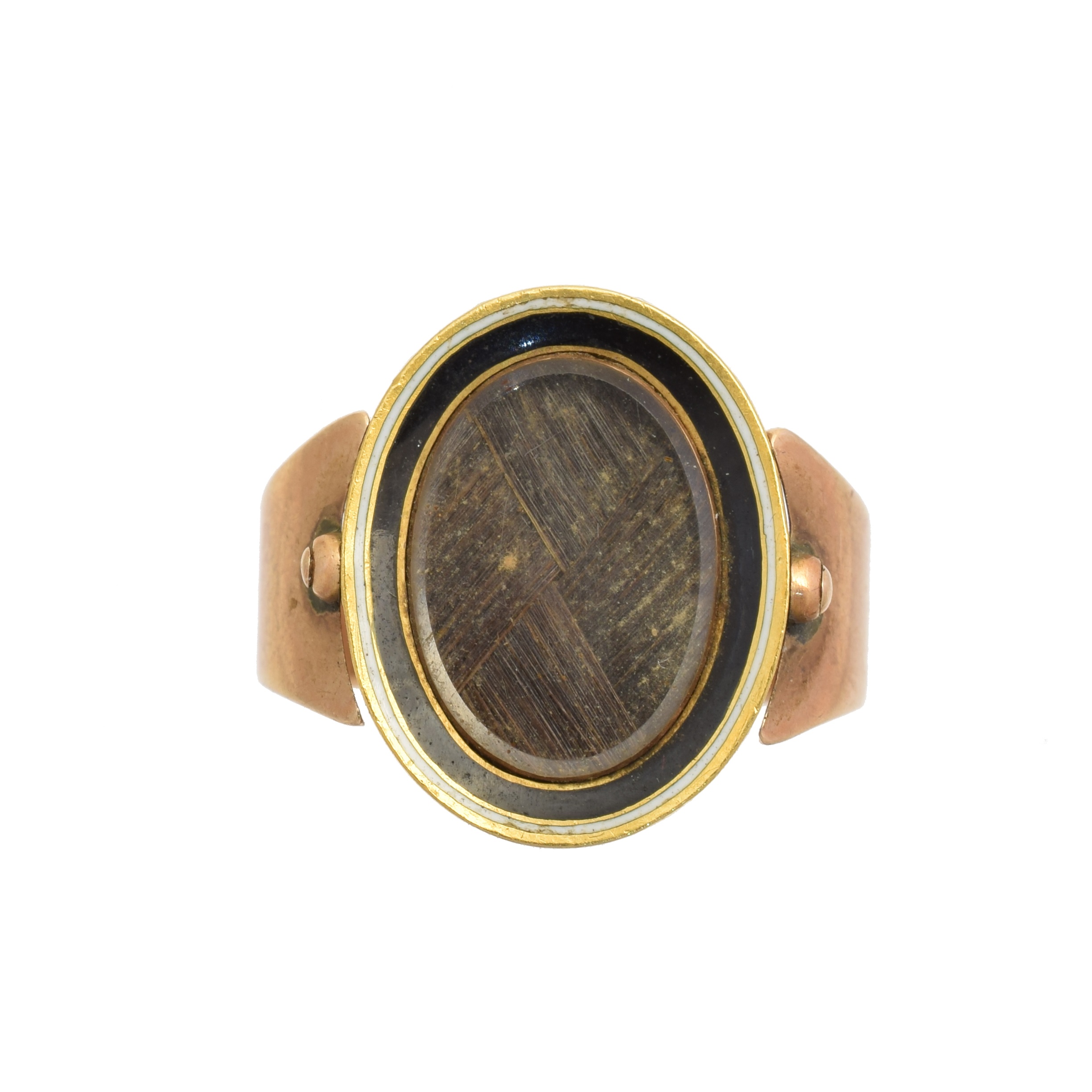 Sadly, four years into their short marriage, and aged only twenty, Diana tragically died. Struck by grief and as custom at the time, this swivel mourning ring was commissioned, amongst others, to immortalise Diana's memory. Last year, another memorial ring inscribed to Diana Walpole sold at auction for over £3,000. A trend in Georgian mourning jewellery, the swivel ring features a typical hairwork panel with black enamel border to one side, and full inscription to the other, allowing the user to have one displayed and one worn close to them at all times.

Reginald Robert Walpole (1817-1880) was a practising barrister. He married Anne Eliza Heaton in 1848, and following her unfortunate death Caroline Apthorp in 1856. Reginald and Caroline had a daughter, Diana Caroline Walpole. 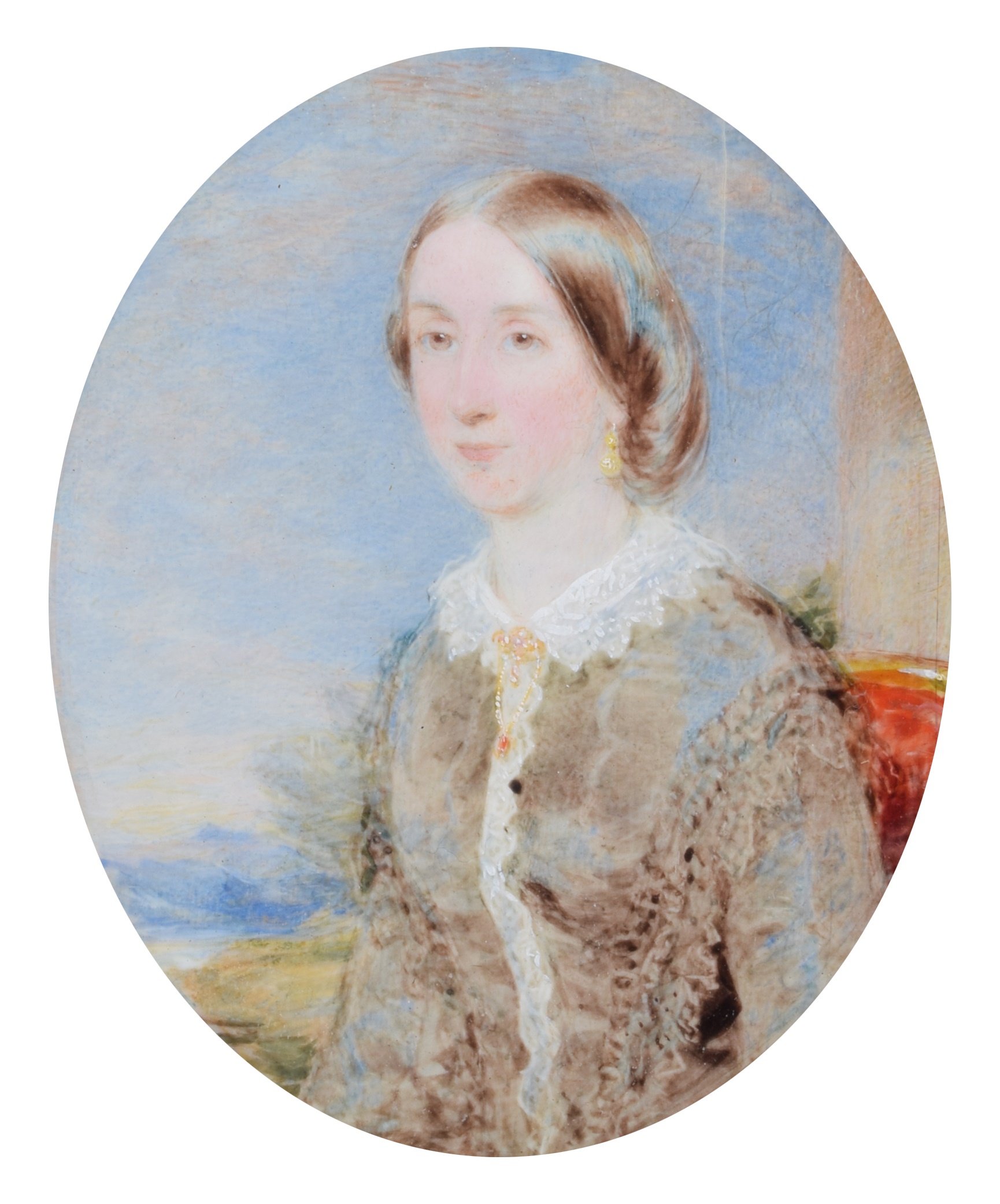 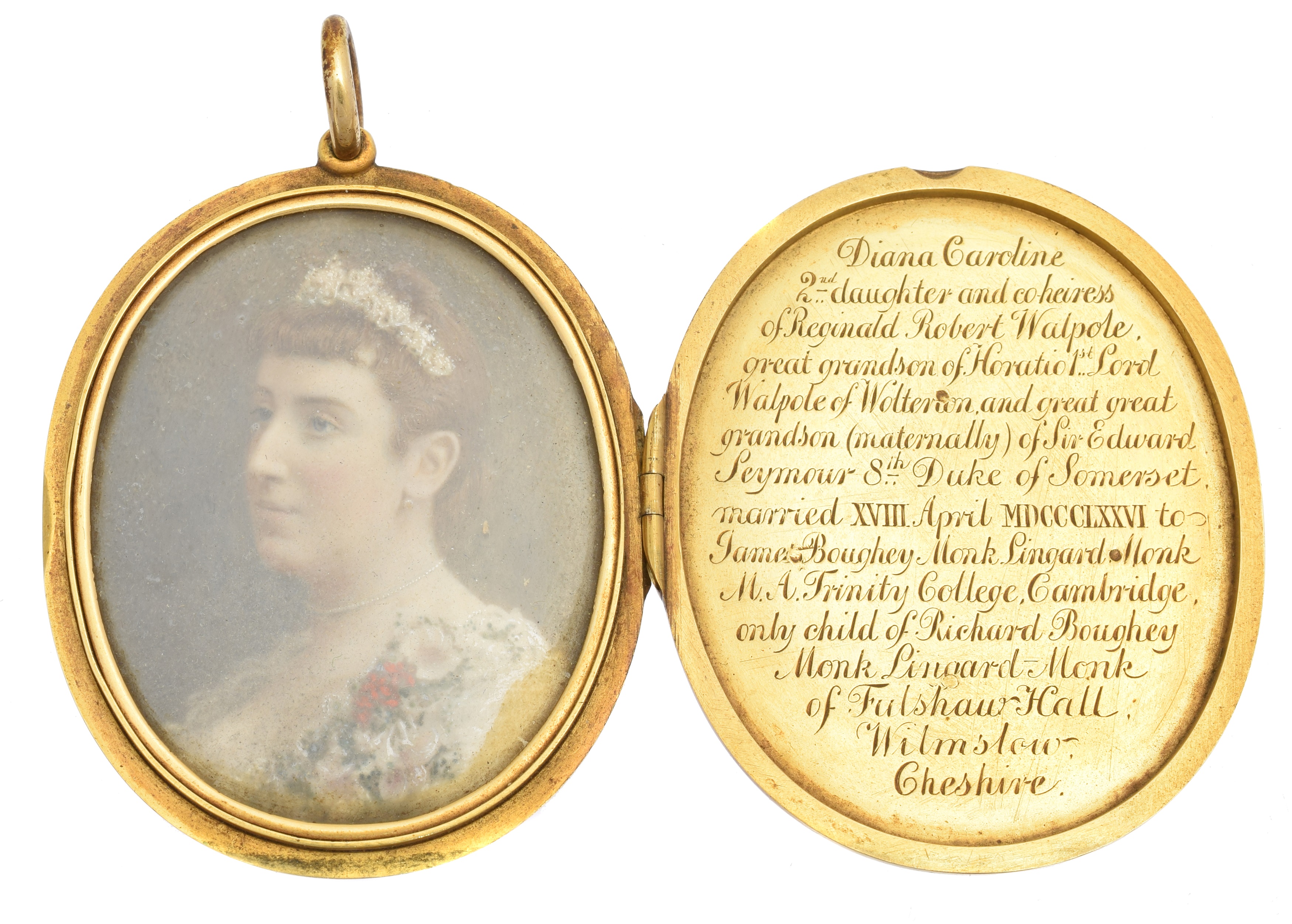 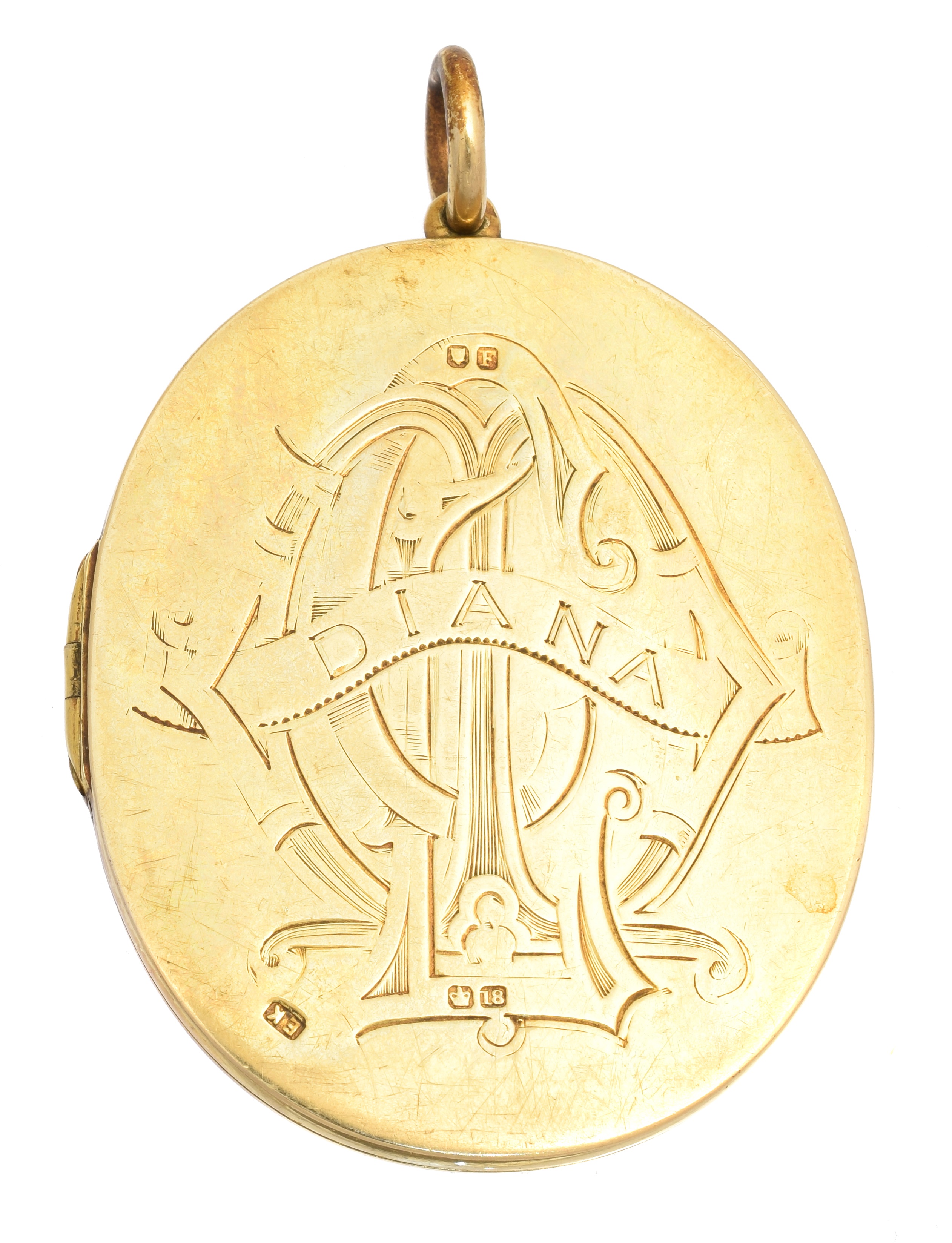 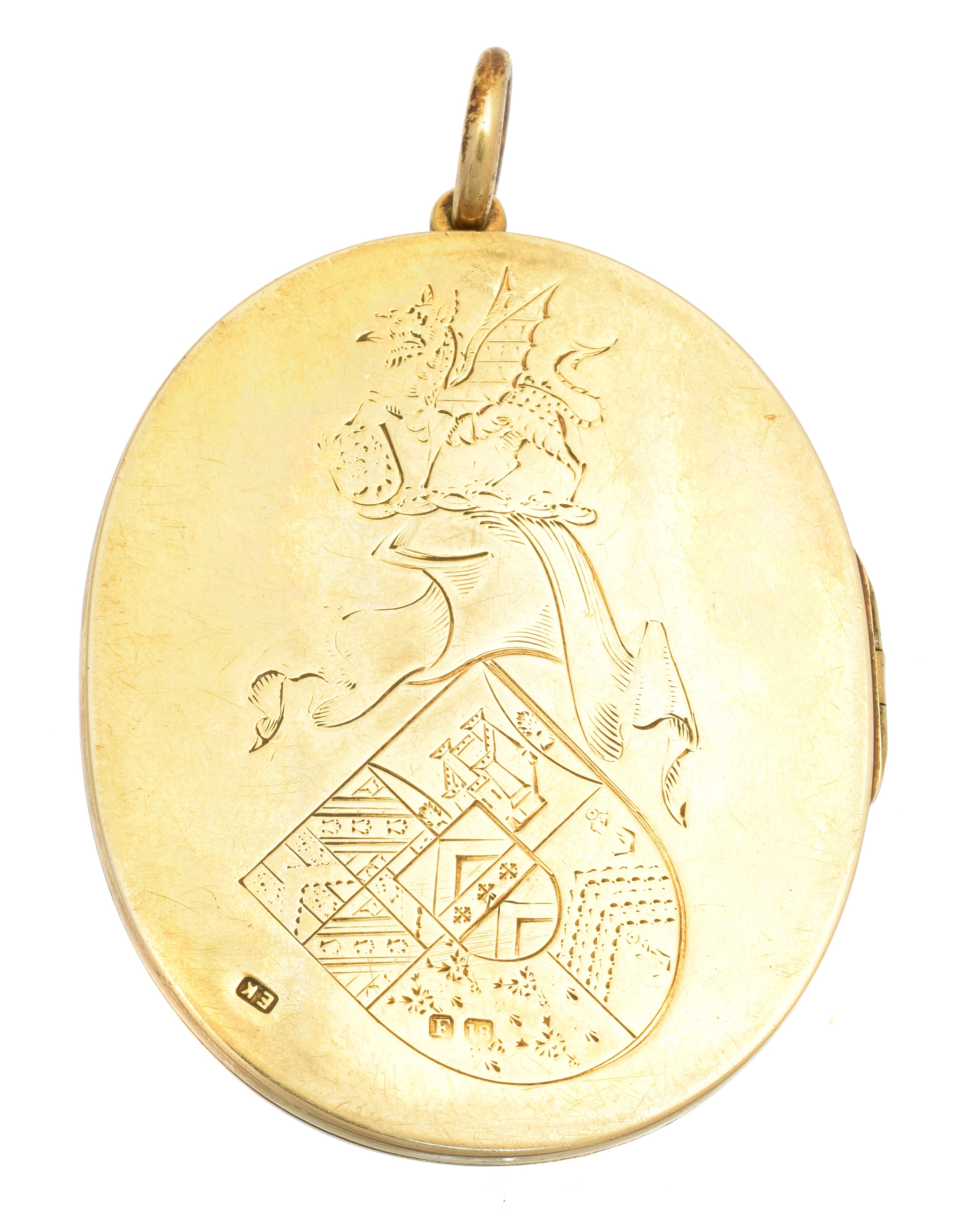 A late Victorian 18ct gold photograph miniature locket, the oval shape hinged locket with engraved with monogram, cartouche and 'Diana' to front, and coat of arms to reverse, the locket opening to reveal a photograph miniature of Diana Caroline Walpole, with inscription, length 6.7cm, gross weight 59.7g. Sold for £1,400.

Stylistically the two pieces are both generations and worlds apart, with the latter piece designed as a large oval locket crafted in 18ct gold, complete with photograph miniature and inscription tracing Diana Caroline's ancestry and denoting her marriage. A substantial piece made to be seen and admired, which would have been proudly worn by Diana Caroline herself. With hallmarks for 1881, this piece was commissioned five years after her marriage, as a celebratory piece to be worn in society.

It is a remarkable exercise to witness these two pieces of jewellery from the same family, generations and eras apart, celebrating and tracing the women of a truly remarkable family. These pieces will go under the hammer as part of our Fine Jewellery Sale on Thursday 10th December, as part of a larger collection of exquisite and market-fresh antique jewellery. This is not a sale to be missed!

For further information on any of the lots in the sale, or to obtain a confidential and obligation free appraisal of your own collection, contact Liz Bailey MA FGA DGA via liz@peterwilson.co.uk