Heuer was founded in 1860 by Edouard Heuer in St-Imier, Switzerland. Following an aquisition by Techniques d'Avant Garde, Tag Heuer was formed in 1985, Heuer watches predating this merge are highly prized at auction. With the 'big three' of the most notable designs the Heuer Autavia, Heuer Monaco and the Heuer Carrera, Heuer has been associated with premiuer sporting events since the firm's inception.

The Heuer Autavia is certainly one of the most desirable watches at auction. Taking its name from its target markets, Aut from 'Automotive,' and Avia from 'Aviation,' the Heuer Autavia was introduced in 1962 under the newly appointed CEO Jack Heuer. Through its original design and later association with the legendary Jo Siffert, the Autavia is irrevocably linked with motor racing. Further Formula One champions Mario Andretti and Jochen Rindt wore manual-wind Autavias in the late 1960s. Indeed, the original Autavia was actually a timing instrument, specifically a a dashboard timer for rally cars. The defining feature of the Autavia chronograph was its rotating bezel, appearing in a huge array of designs over the years. The Heuer Autavia ran as one of the main watches offered by Heuer from 1962 until 1985 and a wide array of designs, calibres and bezels were introduced, all holding an enduring appeal for collectors worldwide.

The Carrera was launched in 1963, as a new chronograph within the Heuer range. Introduced as 'a new concept in chronographs,' the Carerra was named after the legendary Mexican car race, the Carrera Panamericana. The Carrera is Heuer’s design icon, purpose-built for racers who wanted the utmost in legibility under difficult racing conditions. Desiring a modern and easy-to-read dial, Jack Heuer proposed a timepiece with baton hour markers and painted outer minutes track.

The Heuer Monaco was launched in the 1970s. Developed with the brand new Calibre 11 movement in mind, as well as an idea from Jack to create something 'out-of-the-box.' The idea to create a square shape case, uniquely boasting waterproof qualities, and standing out from Heuers existing collections grabbed Jack, and the rest is history. Jack negotiated with exclusive rights over this square case by Piquerez which was then trademarked. Iconically, the Monaco was worn by Steve McQueen, the Monaco offered an outrageous circle-in-the-square design and bold colors that positioned Heuer for new series of racing watches in the 1970s.

We hold four dedicated Jewellery & Watches auctions each year and offer a free watch valuations service as well as a free collection service for items consigned to these auctions. 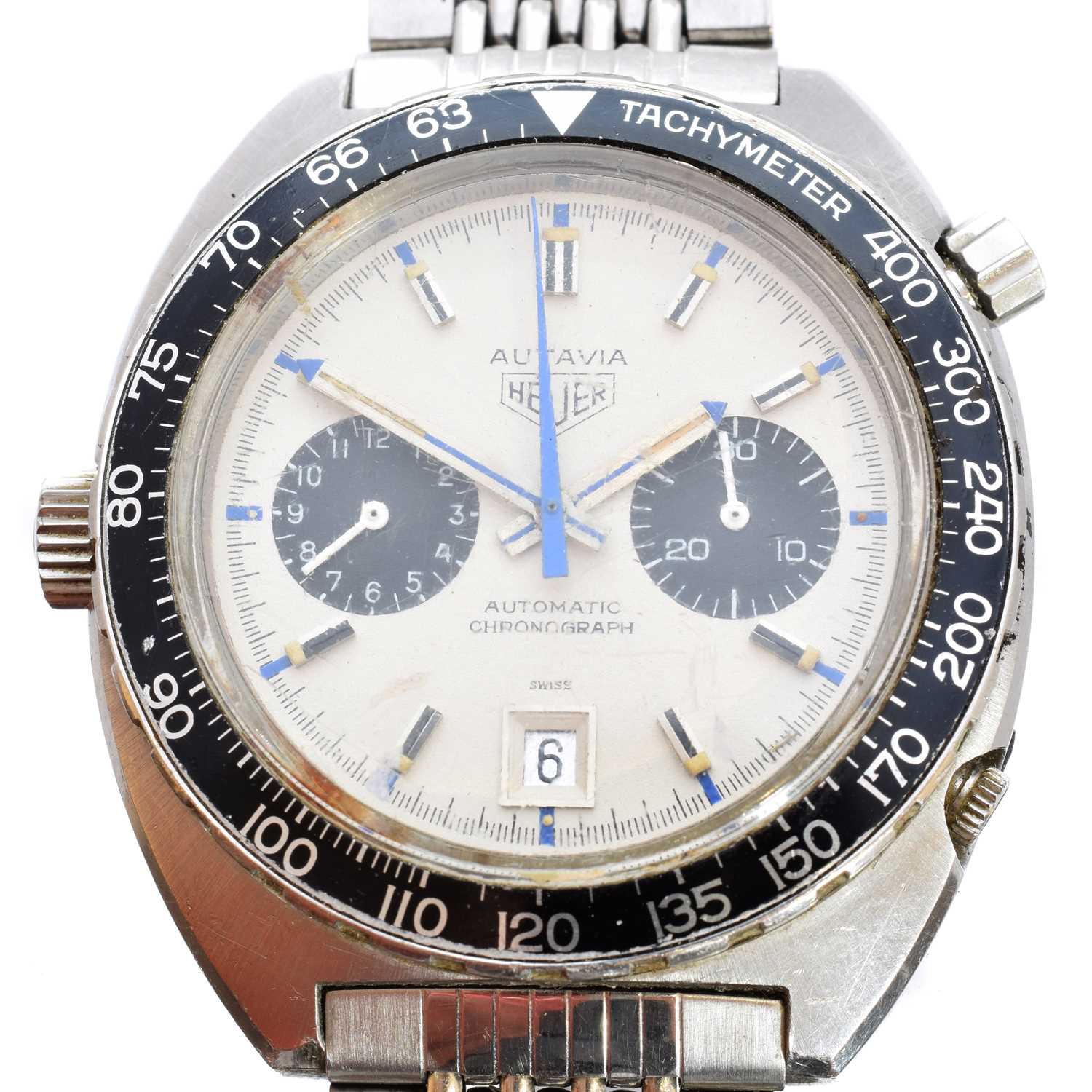